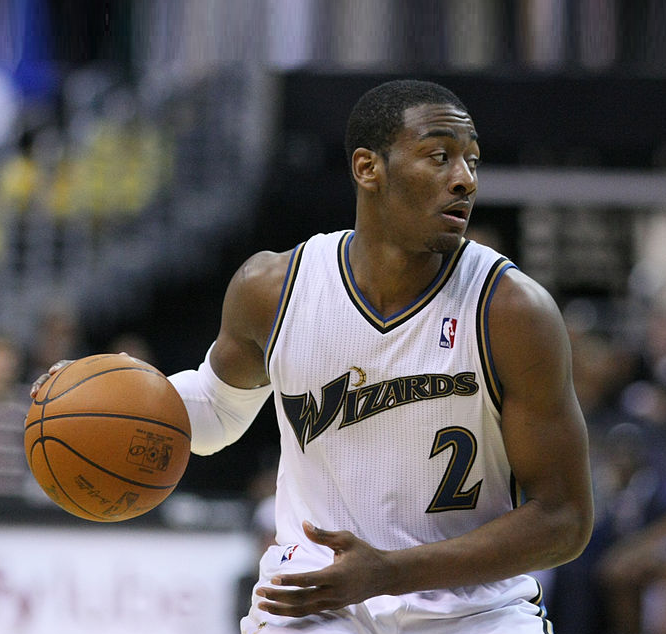 As the regular season winds down, it appears that the Washington Wizards have finally emerged from their weeks-long funk, having won three straight.

They played the last two at home, against very different opponents. On Thursday, they hosted the Memphis Grizzlies (45-20), the No. 2 team in the Western Conference. Memphis felt so confident in their ability to hold off the Wizards that their coach benched several starters so they could “rest”.

“They sit `em, and I don’t know the reason why,” John Wall said. “I think we’re a team that’s on the rise, and teams respect us now. And I guess they don’t respect us.”

At first, it seemed like the Grizzlies had made a smart move–against their reserves Washington was trailing 33-26 at the end of the first quarter. But the void left by key starters such as Marc Gasol, Zach Randolph and Mike Conley started to show in the second, when the Wizards outscored Memphis by 20 points, including a 16-2 run to end the first half.

Washington’s dominance continued after the break, culminating in a 107-87 victory. Marcin Gortat led the Wizards with 22 points, followed closely by Wall with 21. Paul Pierce added an impressive 17. Though the game may not have been against the best of Memphis’ roster, the Wizards were happy to have another win.

On Saturday, they hosted a team at the other end of the spectrum–the struggling Sacramento Kings (22-43). But while it was an easy win for Washington on paper, on the court, it was a different story. Sacramento outscored the Wizards in the first two quarters, leading 64-46 by halftime.

But Washington wasn’t finished. They rallied from a 18-point deficit to score 67 points in the second half, en route to a 113-97 victory. Wall was especially effective, scoring 20 of his 31 points, along with 10 assists, after the half.

Paul Pierce had 17 points on the night, while Rasaul Butler and Bradley Beal added 14 apiece. The Wizards have now won three in a row, and five of their last seven. They hope to keep that win-streak going when they host the Portland Trailblazers (44-20) Monday night before heading on a four-game road trip.

Though both Georgetown and the University of Maryland made early exits from their division tournaments, they still received high seeds in the 2015 NCAA Tournament on Sunday. The two local schools were named No. 4 seeds, and are expected to make deep runs in the tournament.

But for Maryland (21-10), a No. 4 seed in the Midwest region–one of, if not the toughest division in the tournament–wasn’t exactly thrilling.

“I think maybe we got so caught up that we were going to be a three, we weren’t expecting to see our name there, but none of that matters now,” coach Mark Turgeon said. “What matters is what we do with where we are and where we’re going and things that we can control.”

Maryland will face the No. 13 Valparaiso Crusaders on Friday, but their road to the championship won’t be an easy one. Undefeated Kentucky is the No. 1 seed in the Midwest region, while Kansas is the second, and ACC-champion Notre Dame is third.

Georgetown (21-10), who was eliminated from the Big East Tournament by Xavier in a close match-up on Saturday, will face the No. 13 Eastern Washington Eagles (26-8) on Thursday.