You are at:Home»Active Articles»ENTERTAINMENT – Laser light shows in the day
Tweet

Although shows that use lights, lasers and fire are always well received, if you have a daytime event, particularly if it is staged outside, these are often crossed off your list for possible entertainment options. However, with modern laser lighting you should reconsider this as a way to make your event stand out forever in the memories of all attendees.

The obvious problem with a daytime light-based show is that lights are best seen against a dark backdrop, but if you get the right production team on board there are a whole range of options that can challenge this idea.

What Is a Laser Light Show?

You would probably have seen examples of laser light shows either on television or at live music shows, where beams of light create effects that can be projected onto stages, audiences, screens and even clouds. Events like the Luma festival in Queenstown, New Zealand highlight what can be done with light to create absolutely amazing spectacles. https://luma.nz/gallery/

Although a laser light show does generally require special equipment, there are degrees of portability available. LED props can provide glow and lighting effects to highlight dancers’ movements and create visual branding.

Running a laser light show during the day requires a different way of thinking that many production companies are used to contemplating. Because many light and fire performers are used to being able to use the cover of darkness to highlight their transitions they struggle when this is not an option. If you look at the Smoking Hot Productions website you can see how light shows can work during the day.

One of the things to check if you are looking to organize light-based entertainment for your daytime event is that your production company is comfortable in this setting, and that their lighting equipment is up to the task. Obviously if you can avoid having them perform during the midday sun you will get better results; however, the show should be able to be enjoyed with the lighting effects use to emphasis the production, not hide behind.

This is one of the problems you may encounter with less experienced light show performers, they are used to beautiful moving lights distracting an audience from what the performers themselves are actually doing. So, when they are placed in an environment where they are actually visible the performers become uncomfortable, and what previously appeared to be amazing acrobatics in fact turns out to be someone throwing an LED stick into the air. 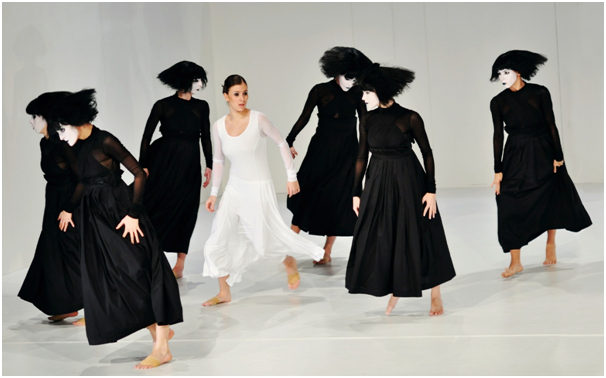 There is often some confusion over what the difference between a laser light show and a LED show are, even amongst the professionals you will find some use these terms interchangeably (and incorrectly). Generally, a laser light show uses beams of light to create visual effects, while an LED show uses physical props that are fitted with LED lights (think the ropes of Christmas lights).

When you are making your booking, you will need to confirm what the show will involve, and what you will need to provide. Most professionals won’t need anything, except a power point or two, however if you are looking at a laser show you may need to discuss options around surfaces that can be used.

You will also need to talk to your chosen production companies to confirm that their lights are going to be strong enough to create the right effects and environment during the daytime environment.

Beyond just having lights moving around a stage or through the crowd, part of what makes a truly spectacular show is the music (it’s true, see here), however different musical styles work with different events, and this is something else that you should follow up with your production company. Ask about what sort of show they would suggest for your venue. If you are looking for entertainment at the start of an event that is going to get your crowd excited you probably don’t want a nice relaxing underwater themed show, however if you are hosting a fundraiser this might be the perfect transition before your guest speaker comes on stage.