There are some people who affect your life so profoundly, that you really can’t imagine who you might have become had they not entered into your life. I can only name a han dful of people who have written so indelibly on my life — and often my heart — that they are a part of who I am. My mom (who died last year), my grandmother (who died 18 years ago, yet it seems like yesterday) , Oprah Winfrey, Martin Luther King, Jr., and John F. Kennedy are on the top of my list. So as this year marks what would have been President Kennedy’s 100th birthday, I wanted to celebrate a man who not only was my hero, but he was a stranger, a man who lost his life trying to change my life for the better long before I was born…and he did it in unimaginable ways.

On the day I was born, U.S. astronauts were in outer space heading back to Earth from a walk on the moon. That was the headline on all the newspapers around the world. I was born during a time when dreamers were passionately doing things that had never been done before. Baby Boomers were changing our country in ways that had never been fathomed by generations before. Before the 1960s, a man had never gone to the moon, and in general, blacks didn’t have civil rights, women weren’t heads of companies, gays couldn’t be open about their sexuality, blacks and whites couldn’t marry and so many other “nots” were the norm. That was the case before John F. Kennedy. Barack Obama clearly was the first president who wrote a book about the “audacity of hope,” but Kennedy — wrote the book “Profiles in Courage” — I would argue was the first presidential visionary of hope.

My first memories of President Kennedy was hearing both of my grandmothers talking about him. He was assassinated 6 years before I was born. Many Northerners might not know this, but in the South, most African American families had two photos hanging on their walls: a photo of Martin Luther King, Jr. and John F. Kennedy. Of course, Jesus was the third photo. My grandmothers did the same and in my twenties when I interviewed my aunt about my grandmother’s life, she said, “We loved President Kennedy. Mama even campaigned for him when he ran for president. Got out all the black folks to vote for him.” My grandmother was a quiet, tiny lady who I could never have envisioned leading a Get Out to Vote campaign. But my aunt said those magical words: “She did it because Kennedy was different.”
Kennedy was different; he was a dreamer. He was born into a wealthy Catholic family in Brookline, Massachusetts and could have lived a long, comfortable life of privilege, but he and many of his siblings and extended members of his family devoted themselves to service in the military, in political office and in organizations that served persons with disabilities and mental illness. I remember hearing my teachers talking about him and his family. From the time I was a young child, something inside of me was just drawn to the Kennedy story and their family. 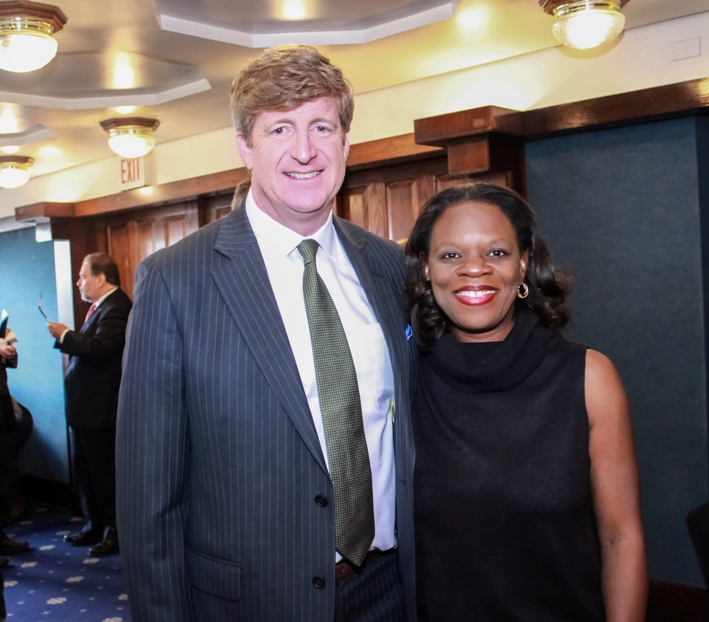 I was attending a small elementary school in Mississippi when I first began hearing about the Kennedy legacy, how his presidency affected African Americans and how he was assassinated in Texas. I was Spelling Bee champion every year from first through fourth grade and then skipped the third grade because of my grades. My teachers told my mother that my intellect far surpassed the third grade level, so they moved me to the fourth grade. I read as many books as I could carry home and won reading awards. Books on President Kennedy and the Kennedys were some of my favorite topics. My fourth grade teacher (my favorite teacher) reminded me of Jackie Kennedy, so I became even more interested in the entire Kennedy family. When I learned of the president’s impact on the lives of African Americans during the 1960s and how his death was in large part one of the reasons why President Lyndon Johnson was able to pass the Civil Rights Act of 1964, I wanted to champion his politics and beliefs. But I grew up in the Jehovah’s Witness religion, where I was not allow to discuss politics or even vote, so my love for the Kennedys was silenced. The only way I could celebrate his life was to emulate it along with the lives of some in his family. So I did everything Kennedy. 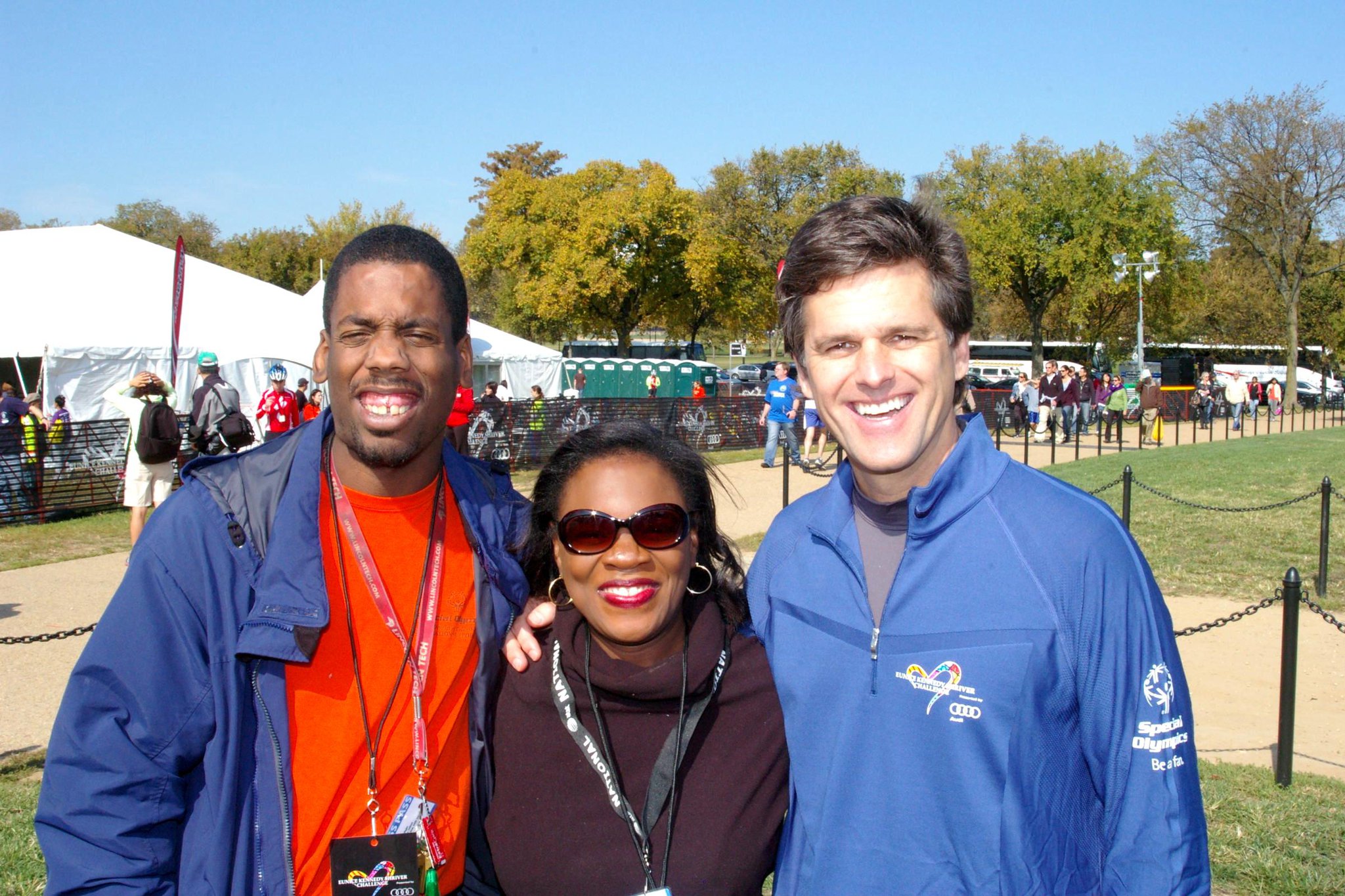 In my early teens, I dressed like Jackie Kennedy with white gloves and pillbox hats. I learned that President Kennedy’s sister Eunice Kennedy Shriver had founded Special Olympics to improve the lives of people with intellectual and developmental disabilities. Her work inspired me, so in the fifth grade, I volunteered to work with kids who had disabilities and were in “Special Ed” classes in my school. I could never have dreamed that decades later, I would be interviewing her sons for my newspaper — Tim Shriver (CEO of Special Olympics) and Anthony Shriver (founder of Best Buddies) — and helping them promote services and fundraising for people with disabilities. I have also interviewed Ted Kennedy’s son Patrick to help educate the public about mental illness. 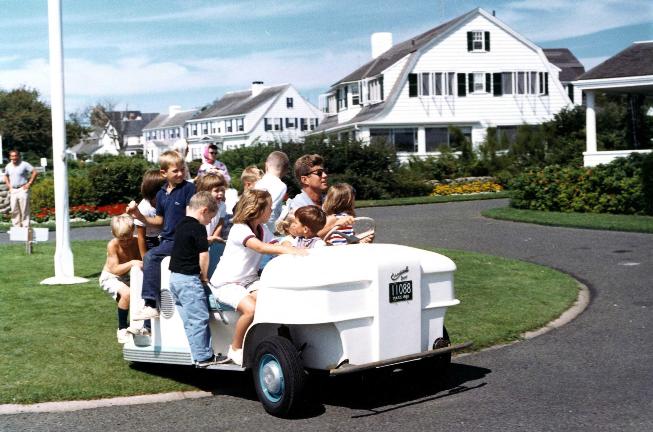 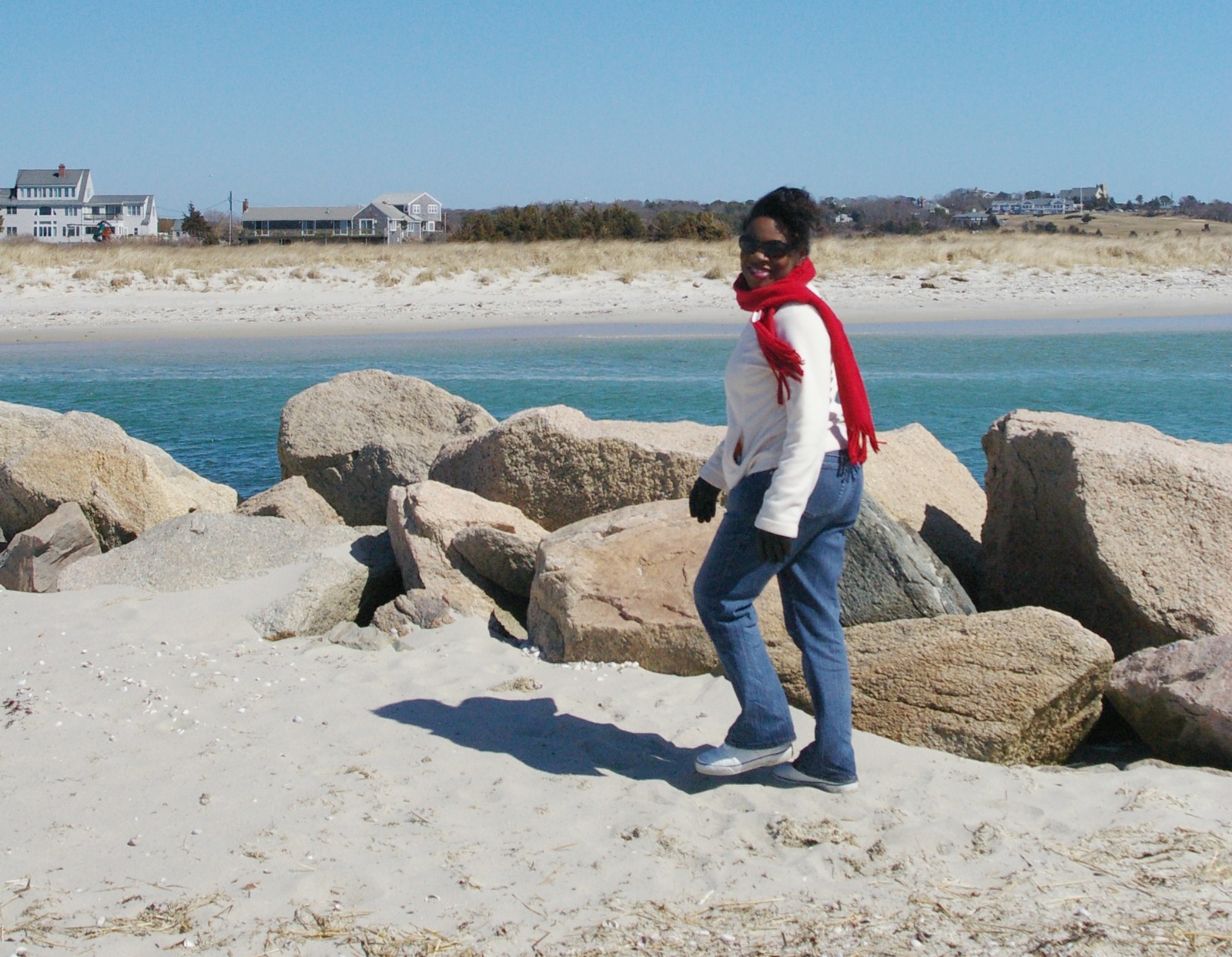 As a child, I learned that President Kennedy loved mythology and the writings of renowned poets. So I read great books and beautiful poetry and built a library today that has over 2000 books in it, from Shakespeare to Thoreau to Maya Angelou and Nelson Mandela. I learned that Jackie Kennedy loved horses and I did also, so I became an equestrian, taking riding lessons in Maryland. I read that the Kennedys lived and vacationed on Cape Cod, so I decided when I turned 18, I would move to Cape Cod. The move didn’t happen until I was much older, but in 2009, I did moved to the Cape, spending countless hours on the beach in Hyannisport, where the Kennedys spent many summers. 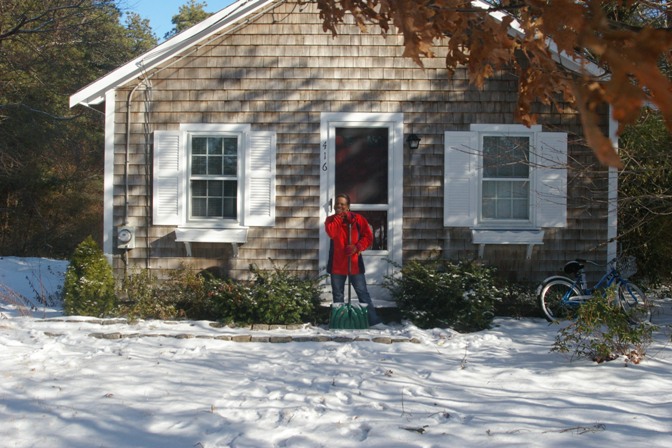 And during the early spring months while I lived there, I would go and lie in the sun on the pier behind the Kennedy Compound’s house where Ted docked his boat and read my books. I had only seen photos of the Kennedy Compound when I was a child living in Mississippi, but I was amazed to be standing in the yard of this iconic home. (In the summer, the Compound is blocked off from tourists, but in the winter months the locals can access it close up and I did often.) 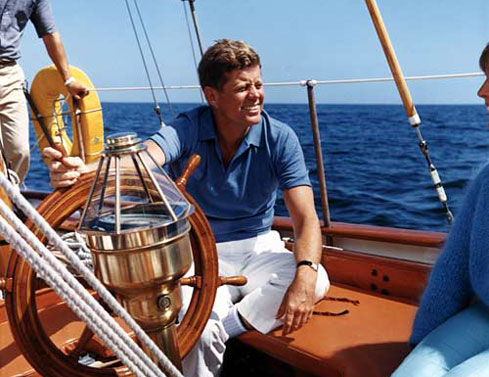 One of my most favorite photos of President Kennedy is of him and a younger Caroline sitting in his lap on a boat. Another favorite photo shows him at the helm of a sailboat. As a child, I would quietly sit on the floor of our small town library and gaze at the Kennedys’ photos, particularly of sailing outings, and dream of one day taking the helm of a sailboat. The love and passion I had for sailing since age 4, has only grown over the years. I often begged my mother to buy me sailor dresses and she would dress me and my sister as twins in miniature sailor outfits. Years later, after moving from Mississippi to Maryland, I enrolled in sailing classes and graduated. I’m an avid sailor who can sail a boat (at the helm or crew) up to about 32 feet and during the summer usually sail with friends on the Potomac River or the Chesapeake Bay. Although I’ve always loved sailing from an early age, seeing photos of President Kennedy, among others, fostered a greater love for the hobby. 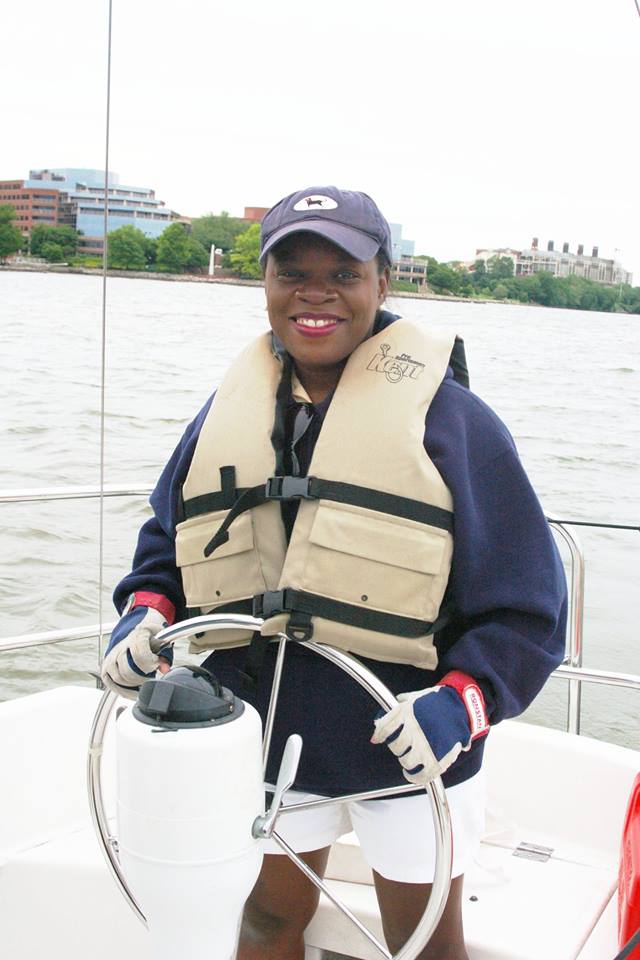 Lastly and most importantly, President Kennedy inspired me with his life as a public servant. Today, both in Congress and in the White House, it seems there are more politicians than public servants. President Kennedy paid the ultimate sacrifice, dying for his country. But prior to his death, his administration and political decision were those of a man devoted to his country and justice for all American. I can sincerely in the affirmative say that I ask not what my country can do for me, but I ask what I can do for my country. This is where he has inspired me most. Because of my religion as a child, I could not participate in politics back then, but after leaving the religion, I quickly educated myself on the political process and how to be an effective organizer, member of a campaign team and a true public servant, using President Kennedy as well as other member of the Kennedy family as examples. I was able to worked and serve in Congress twice under two very influential members of the House of Representatives and help one member to win a historic election victory that was thought to be impossible. That’s what President Kennedy’s life and legacy represented to me: what it means to be of service to your country, and what is possible if you dream, work hard and believe.

During the sixties, President Kennedy was a shining light when the U.S. was experiencing a dark period in our history. What we now know is that he was a North Star, someone to follow and emulate for his courage and his vision for this country. He showed me what could be possible in my life, that even if I was a little African American girl from Mississippi and saw no evidence that my dreams were possible, it was imperative to dream. He showed me that sometimes bad things happen to good people, but evil in the world is not a valid excuse to give up on the life I want, my vision of a life well-lived. So in his memory, I vow to always shoot for the moon, and every year on my birthday I’m reminded that President Kennedy shot for the moon when he created the space program. He said, “We’re going to the moon,” and in 1969, on that glorious morning that I was born, a crew of U.S. astronauts were headed back to Earth having been where no humans had gone before: to the moon. On every birthday, I’m reminded to go for my dream, because sometimes a dream is so powerful, it outlasts the dreamer itself. President Kennedy taught me that and for that I say thank you.

Finally, thank you for inspiring us during those unforgettable years we called “Camelot.” You started Camelot, and thanks to President Barack Obama, the first African American president and the first president to give Americans healthcare, we finally completed Camelot. Yes we did.