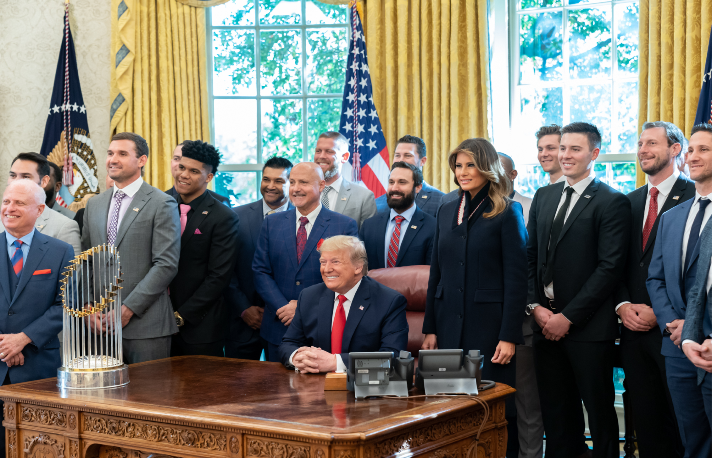 The Washington Nationals’ players were invited to the White House on Monday, November 4, after winning the champions title in the 2019 World Series. In their last game on the road, on October 30, in a sold out Minute Maid Park Stadium in Houston, Texas, the Nationals beat the Houston Astros with a score of 6-2.

The majority of the players, alongside the owner and the manager of the team, attended the White House visit and showed their support for president Trump. Among the attendees were Kurt Suzuki and Ryan Zimmerman. Trump praised Suzuki’s World Series performance and called Suzuki — who was wearing a red “Make America Great Again” cap — to the podium to speak. Suzuki finished his comments with, “I love you all, I love you all. Thank you.” Zimmerman also astonished the president with a Washington Nationals’ jersey numbered 45 for the 45th president, Donald Trump. He also called the visit “an incredible honor” that they would never forget. Zimmerman continued, “We’d also like to thank you for keeping everyone here safe in our country and continuing to make America the greatest country to live in in the world.” Asdrubal Cabrera, second basemen on the team, also expressed his excitement in a few words. “I can’t explain how excited I am to be here,” said Cabrera. “One thing I owe you guys is the support. I love you guys, and I hope to come back next year, too.” 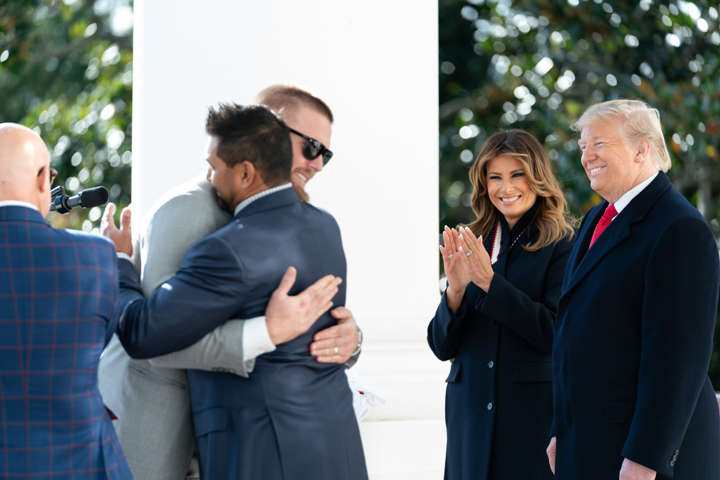 Trump, while praising Nationals’ performance, seized the moment to talk about impeachment hearings that are ongoing in the House of Representatives as well.  He quipped, “America fell in love with the Nats baseball. They just fell in love with Nats baseball. That’s all they wanted to talk about.” After a short pause, he continued, “That and impeachment.” The statement brought laughter from the audience. President Trump added, “I like Nats baseball much more.”

Some of the Nationals players were missing during the visit. The list of the players who did not attend included:  Anthony Rendon, Javy Guerra, Joe Ross, Wander Suero, Wilmer Difo, Michael Taylor, Victor Robles, and Sean Doolittle. Although Javy Guerra and Sean Doolittle expressed why they would not attend, the remaining players were silent. Guerra mentioned that he was preparing for his wedding, and Doolittle showed his objection to Trump’s rhetoric by stating, “I don’t want to hang out with somebody who talks like that.” 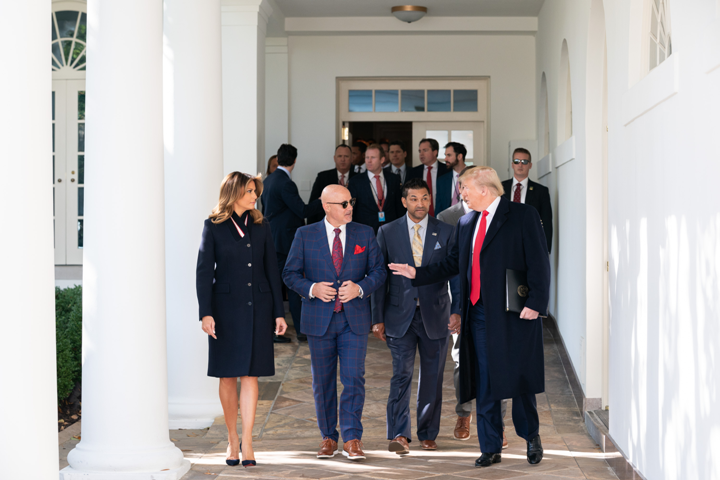 Earlier this year, the Washington Capitals were invited to the White House more than nine months after winning the Stanley Cup. The Capitals’ visit occurred after Washington Nationals’ fans booed Trump and yelled, “Lock him up” when he attended Game 5 of the World Series. The absentees of the Capitals’ visit were Devante Smith-Pelly and Braden Holtby. Holtby is an outspoken LGBTQ advocate, who said it was a personal thing for him and he wanted to stick to his values. 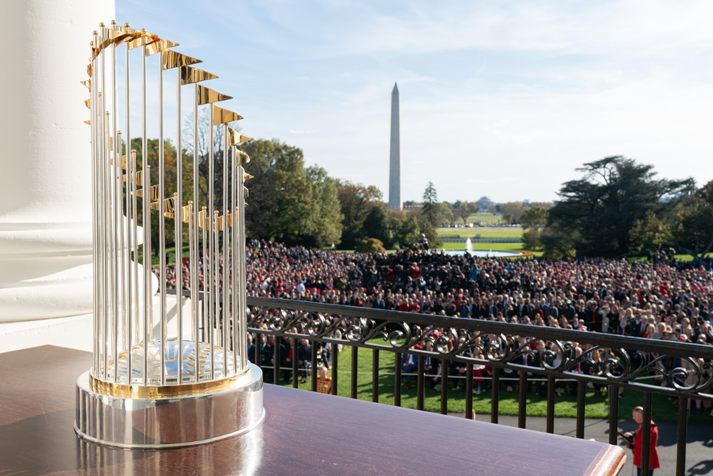 Some of the players of the Philadelphia Eagles didn’t attend the White House visit after they won last year’s Super Bowl. In 2017 and 2018, Golden State Warriors also did not attend the White House visit after winning the titles in both years. Instead, they decided to visit former president Barack Obama in 2018 after their championship. This widespread opposition to Trump in the NBA has prompted the president to ignore the sport entirely.