You are at:Home»Featured»POLITICS: Trump makes history; Impeached by the House on both articles
Tweet 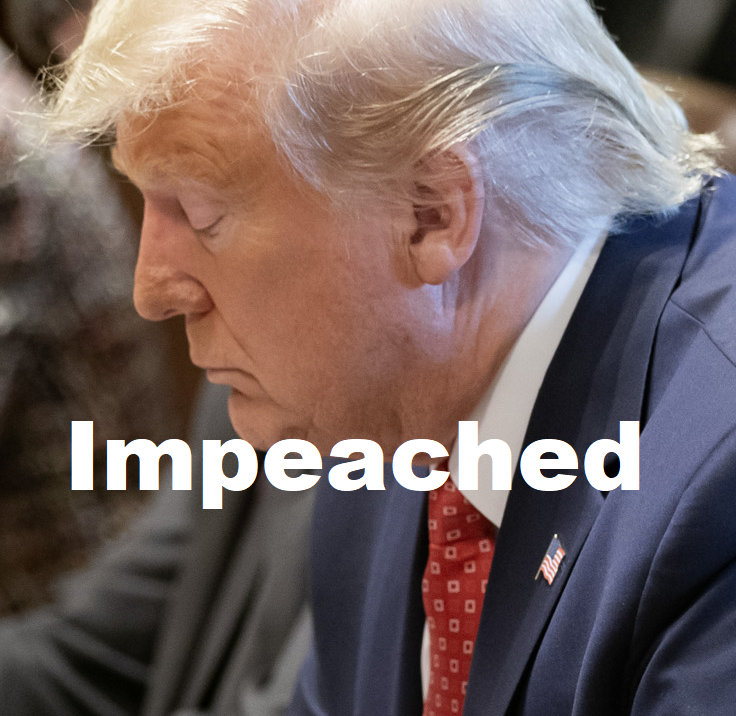 On Wednesday, December 18, 2019, the House of Representatives voted and passed two articles of impeachment, formally impeaching President Donald Trump. The House voted 230-197 on the first article of impeachment, charging Trump with abuse of power for pressuring the Ukrainian president to investigate Joe Biden and his son. On the other article, the House voted 229-198 to charge the president with obstruction of Congress for refusing to cooperate with Congress regarding the investigation.

Representatives Collin Peterson of Minnesota and Jeff Van Drew of New Jersey were the only Democrats who voted against both articles, along with all of the Republican representatives in the House. Notably, Tulsi Gabbard, the Democratic representative from Hawaii and a 2020 Democratic presidential candidate, voted present on both articles and is receiving a harsh backlash from fellow Democrats and praise from the president. With this vote from the House, Trump’s name was added as only the third president to be  impeached in the history of the United States. The Constitution also requires 67 votes by the Senate on the impeachment to remove the president from office. House Speaker Nancy Pelosi has delayed sending the two articles of impeachment to the Senate, while weighing the perimeters of the process when it enters the Senate. “That would have been our intention [to impeach],” Pelosi said at her news conference. “But we’ll see what happens over there.”

Many members of the Republican-led Senate and Mitch McConnell have openly admitted that they will not consider any further evidence and have promised to vote against impeachment and to acquit the president of all charges. Trump, who was at a “Merry Christmas” campaign rally in Battle Creek, Michigan on Wednesday, accused Democrats of ignoring the will of the people who voted for him. “After three years of sinister witch hunts, hoaxes, scams, the House Democrats are trying to nullify the ballots of tens of millions of patriotic Americans,” he said.