This June, golfers braved gray skies and rain to participate in the 3rd annual WashingtonFirst Youth Foundation (WFYF) charitable golf tournament, played at Westwood Country Club. This year former Washington Redskin quarterback and Super Bowl MVP, Mark Rypien, played in the tournament, raising money for his own charitable organization, the Rypien Foundation. The goal of the organization is to benefit families who have had a child stricken by cancer.

Rypien lost his son, Andrew, to cancer in 1998. Andrew was 3 years old. Rypien mentioned, “When it comes to losing a child, it’s not the way the circle of life is supposed to be. You’re not supposed to be burying your kids.”

Rypien has managed to fight through the grieving process and learned how to use his experience to benefit others. On June 5th, he did just that, as his foundation teamed up with the WFYF and the INOVA Schar Cancer Institute to raise money for cancer research. 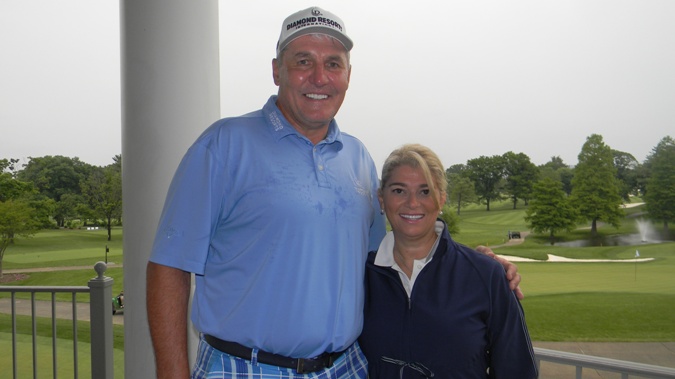 “We all can do some good work in our communities, save our village, and give back to our kids. What they [WFYF] are doing in the Washington, D.C. is incredible,” he said.

Both Rypien and the WFYF came to the tournament excited. As the ex- quarterback pointed out, the WFYF and the Rypien share similar outlooks and intentions. 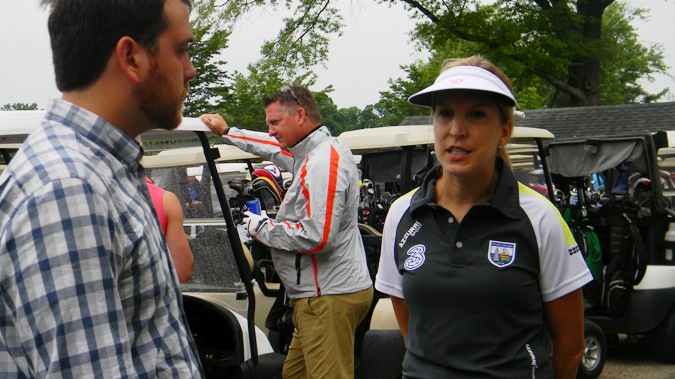 “There was a component of community,” Rypien mentioned when asked about his Super Bowl victories. Playing in an age before free agency and mercenary contracts, a football teams performance resonated throughout the community. These weren’t just wins for a team, but for a city.

The WFYF’s approach shares that ethos. Started in 2004, the bank has served the Washington, D.C. metropolitan area. Bank founder, Shaza Anderson, created the charity with the very intent of doing even more for those living in the area. She helped found the WFYF in 2008 to achieve this goal. 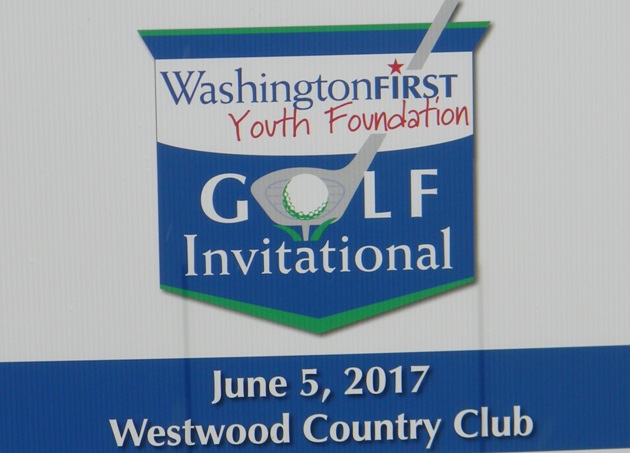 “As the bank grew, we felt that we had a responsibility to our community, and we felt that starting a foundation that gives back to our community was the way to go,” she commented. The foundation has found success since its inception hosting a variety of events, including galas and, for the past three years, the annual WFYF Charitable Golf Tournament.

The money doesn’t simply go to research. This year it will allow INOVA to hire a full-time art therapist for their 22-bed unit. The WFYF tournament will also help the hospital create programs for kids and their families.

This is another area where the goals of these organizations overlap. The Rypien Foundation seeks to ease the lives of families who have a child with cancer. The front page of its website reads “If we can help reduce the worry and stress families experience and create a relaxing and calming environment for patients, treatments will be more effective and the children will have a greater chance of recovery.”

The WFYF tournament certainly aided in this shared mission. Rypien mentioned that all three organizations involved shared the same understanding. This is a mission that does not end simply at curing cancer. It is about giving families and children a sense of comfort after enduring the disease. It’s not only about health. It’s about hope.

“You give them something to sink their teeth into, and they’re going to go for it,” Rypien said. The WFYF and all involved on June 5th tried to give that something.