You are at:Home»CHECK IN»CHECK IN – Daily News, Weather and Sports Scores – January 29, 2016
Tweet

Donald Trump skips out on final debate on Fox

Donald Trump had announced earlier this week that he would not be attending the final Republican debate on Fox News due to a feud with anchor Megyn Kelly. Although many criticized Trump’s decision, he remained relevant last night without even attending the debate, for statistics have shown that Trump led substantially in Google search volume over his peers during the event. As the debate was taking place, Trump was instead running a fundraiser for veterans. Ted Cruz addressed Trump’s absence and imitated Trump’s previous statements in the last debate by opening with “I’m a maniac and everyone on this stage is stupid, fat and ugly.” The Iowa caucuses are on Monday.

“Affluenza” teen back in the U.S. for case hearing

Ethan Couch, also know as the “affluenza” teen, has returned to the United States and is currently being held in a juvenile facility in Forth Worth, Texas until a detention hearing on Friday. The 18-year old garnered the public’s interest when he successfully evaded a prison sentence for a drunk-driving crash which resulted in the death of 4 people by pleading “affluenza.” Couch was instead sentenced to an extended period of probation, but violated his probation by fleeing to Mexico in December. Later that month he was found and arrested by Mexican authorities at a resort in Puerto Vallerta where he was held until being shipped back to the United States on Thursday.

Snow emergency tickets to be voided

District of Columbia Mayor Muriel Bowser has announced that parking citations issued last Friday will be voided. A snow emergency was issued on Friday from 9:30 am until 6:30pm on Wednesday, and cars parked along snow emergency routes were either ticketed or towed. Bowser has said despite warning residents of the emergency and how it effected where they could park on Thursday, she understands some people may have been preparing for the storm and missed the announcement. Mayor Muriel Bowser stated, “this ticket dismissal is one way we can continue to help each other recover from the storm.”

After having their measure stalled last year, Maryland supporters of right-to-die legislation, which allows the terminally-ill to end their lives with prescription medication, are trying once again to get their bill passed. The bill requires patients to have a private conference with their doctor before receiving the prescription drugs, and will allow the health department to keep records on the number of individuals requesting drugs to end their lives and how many actually use them. Amongst supporters of the measure is Senator Ron Young who states to reluctant lawmakers, “the bill has strong safeguards.”

Six members of a family claimed to be religious and hard-working by neighbors were killed in an apparent murder-suicide. Cameron Dooley, 26, is said to have been armed and barricaded inside the family’s home when first responders arrived after receiving a call to check on someone’s welfare. Police initially found the body of Landon Dooley, 22, and attempted to negotiate with Cameron Dooley at 7pm, but entered the home around 2am when they found his body and the bodies of Todd Dooley, 50, Lori Dooley, 54, Brooke Dooley, 17, and another body which has yet to be identified. The police are continuing to investigate the crime scene.

Republican lawmakers have reached a deal with Democratic Governor Terry Mcauliffe which seeks to strengthen some portions of gun control policy while loosening others. The measure will reverse a policy which invalidated concealed handgun permits in Virginia held by residents of some other states. However, it also prevents individuals from carrying a firearm if they are subject to a permanent protective order due to domestic violence offense. Also, the bill requires state police to attend gun shows and perform voluntary background checks. The governor’s spokesman stated, “this deal is a major advancement for public safety in Virginia, that’s the governor’s priority.” 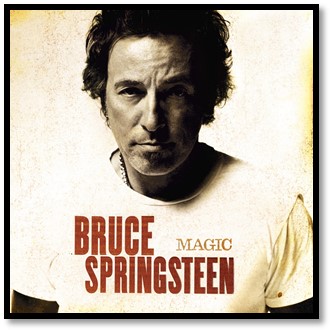 “Go confidently in the direction of your dreams. Live the life you’ve imagined.”