You are at:Home»Books»BOOK CLUB – Author David Earle talks on ‘Life is But a Dream’ and African American lives
Tweet 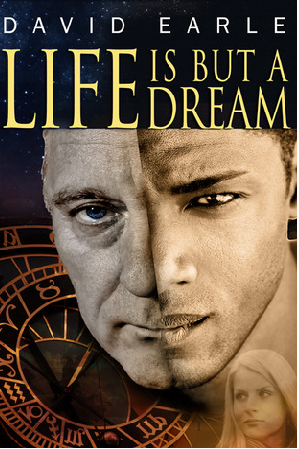 The resonating charm and optimism in the voice of David Earle is not forthcoming or telling.   One would never guess that the idea for his latest book, Life is But a Dream simply popped into his mind as he contemplated the meaning of the world and life.  Suffering from a bout of depression, he sat in a small coffee shop in Florida and the concept for the book simply appeared.   A promising and award-winning author, today Earle cleverly constructs novels, dramas and screenplays from his office in Nevada. Four of his plays were produced in Los Angeles, California, one of which had an Australian premiere in February 2013. The novel Life is But a Dream is currently selling in 248 countries, and its screenplay adaptation has brought Earle much acclaim and numerous awards.

When did you start writing and why?

EARLE:  Oh gosh (laughs). Before I wrote words, I used to draw pictures with stories.  Then, once I was able to learn how to write, I was writing stories, you know, just little stories.  I started very young, and actually, when I saw my first play produced, I was around 19 years old or 20. It was A Round to Nowhere, produced at a theatre down in south California.  So, I’ve been writing ever since; I just love it.

Where do you get most of your ideas?

EARLE:  They just pop into my mind, and that’s the funny thing, because if I sit and try to think about a story to write, I’ll come up blank. It’s always unexpectedly when something will just pop into my mind when I’m not even trying, and I’ll think, ‘that’s a good idea.’ With Life is But a Dream, I was sitting in a Starbucks at the Lincoln Road when I used to live in South Beach, Florida. I was feeling really down, because I was thinking maybe this is all just a dream maybe I’ll wake up sometime in the future and realize that his is just a past life. Then that little light goes off in the head. That’d make a good idea for a story.

Is there a particular author or book that influenced you and your writing style?

EARLE:  Oh, I have several favorites. Right now I’m reading The Panther by Nelson DeMille. I really enjoy his writing. I’ve read a lot of his books.  But I go back and forth from fiction and non-fiction, and I like a lot biographies or autobiographies.

Are your books based on real life experiences or is everything purely imagination?

EARLE:  Oh, pure imagination! My life isn’t that exciting to write about. I leave it up to my imagination and my characters. I don’t plan to write an autobiography; it would be very short.

Does your traveling influence your writing? 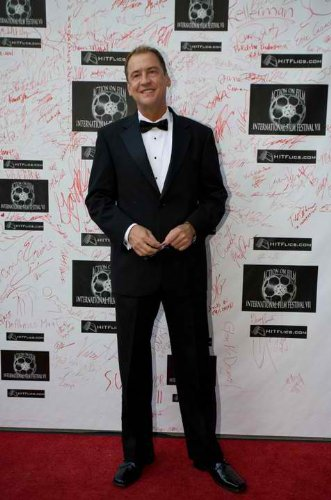 EARLE:  For Life is But a Dream, I had to travel to Boston to do research, as well as New York, because the most of the story takes place in those two locations.

I love to research and I always want to be very accurate with what I’m writing. Even if it’s a fictional story that takes place in the future as Life is But a Dream does, or it’s something that is based on historical account like The Calla Lilies. I like to be accurate. I don’t want anybody to read something and say, “No, that’s not right.”  It took me two years to write Life is But a Dream, but much of that was research.

You said that Life is But a Dream is a reverse twist on reincarnation. What is the connection between the book and any religions that believe in reincarnation?

EARLE:  Of course, the major religions of the world that believe in reincarnation are Buddhism and Hinduism. Now, do I believe in reincarnation?  Not really. I was raised Protestant. As I said, it was just an idea, a good idea that popped into my head, and then I did research on that.  Life is But a Dreamis about a person living in our present.  Roger Owen, a happy family man, [is]awakened in the morning after his 40th birthday in 2125. He doesn’t know anything about the person in the body he [has]. He recalls everything up to the night of his 40th birthday, which is just a memory of his past life.

The main character, Roger Owen, is African American. What is your relation with the black community?

EARLE:  I have a lot of African American friends, very close friends, but other than that, there is nothing in particular.

Both in Life is But a Dream and The Remarkable Travels of Billy Sparks, you used the leitmotif of the dream. Why do you focus on the idea of a dream?

EARLE:  The Remarkable Travels of Billy Sparks is a novelette, available only on Kindle, and it doesn’t have to do with Billy Sparks having a dream. It’s more of a goal; it’s his dream in life. People, hopefully, will get the message not to put their dreams off for another day, not cheating on their dreams, because eventually that day doesn’t come.

The film version of Life is But a Dream is currently under consideration with several top Hollywood motion picture companies. How do you think the public will receive the film?

EARLE:  I know they will receive it very well, because it’s got so much in there. It’s character driven; there [are]a lot of emotions in there.  The story happens in the future, but it’s not that kind of science fiction that has aliens and battleships or starships and all that. It’s an emotionally driven piece.  It’s got mystery and it’s got suspense and humor. I like putting in some humor in my stories, even if they are drama. I think it touches all the basics of the storytelling; it does cover all the spectrums.  I believe a lot of people will be able to try to relate to what Roger is feeling.  If they were in that position, if they went to bed at night and then woke up and realized eventually that all of their memories, everything, their whole entire life is gone.  [That] it’s a past life [and]all of their loved ones — wife, children family, friends — they are all gone. He is in the future.  After I wrote the book I wrote the screenplay adaptation, which is difficult too. [It] is one thing to write an adaptation for somebody else’s book, but when you write an adaptation for your own book, everything you put into the book you feel like it’s very important to the story, but you got to cut things down for the movie.

How do you feel about seeing your book Life is But a Dream interpreted by a filmmaker?

EARLE:  I would love it (laughs). I would absolutely love it. There is nothing I would love more. I didn’t write the screenplay just for the fun of it. I wrote it because I would like to see it as a movie as well.  I went ahead and entered the Postnuptial screenplay adaptation into a contest.  It was the Las Vegas Film Festival and the script won an honorable mention award in recognition of superior screenwriting…That made me feel very good and made me feel that I’m a good scripter.

Your screenplay Postnuptials had its Australian premiere in Sydney on February 8, 2013. How did the public receive it? Did you attend the premiere?

EARLE:  I did. This play had its U.S. premiere in Hollywood. I’ve had four different plays of mine produced in the U.S., but this was the first time one of my plays was going to be performed in a foreign country.  I lived in Sydney for over a month and the performance ran for 24 very successful performances. It was really gratifying.  It received standing ovations [and]great reviews.  And another interesting thing too, I thought it would be performed in an Australian accent, my words, my dialogues being spoken with an Australian accent. But it was to my surprise that all the Australian actors did it with American accents, because the action does take place in San Diego, California.

How do you see the profile of your reader? When writing, do you refer to a specific audience? Which one?

EARLE:  No, I don’t. I really don’t. During the Postnuptials play in Australia, there were young people in the audience, and there were a lot of senior citizens in the audience.  They were all laughing, because there is nothing offensive and nothing people won’t feel comfortable with — nothing controversial.  And I think that if you can open your stories to a broad audience, that’s better. Why limit yourself?

Do you have a day job as well?

For more information about Life is But a Dream, visit the Facebook page, Imdb profile and YouTube book trailer. David Earle’s books can be found on Amazon, both in hardcopy version and Kindle.