You are at:Home»Featured»HEALTHY LIVING – Necrotizing Fasciitis: The Flesh-eating Disease Growing in the U.S.
Tweet 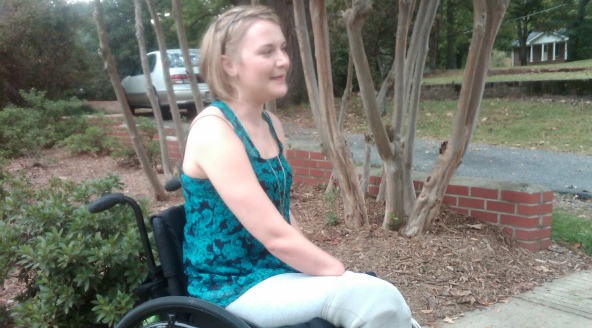 The phrase “flesh-eating bacteria” has been thrown around a lot in the news recently as a result of Aimee Copeland’s high-profile survival story, but what does it mean for you, and how can its devastating consequences be avoided or prevented?

To begin, flesh-eating bacteria is the somewhat sensationalized term often associated with a quick-spreading infection known as necrotizing fasciitis. This serious and potentially fatal infection is the result of a bacterium which attacks the fascia—the soft tissue between the skin and muscles—before spreading to its surroundings. There are several causes, but the most common is Streptococcus pyogenes, a severe, antibiotic-resistant form of the Group A Strep. bacterium which also causes strep throat. Although somewhere between 20 and 30 percent of diagnosed cases are fatal, estimates from the Center for Disease Control show that there are fewer than 1000 reported in the United States each year. Research suggests that finding exact numbers is difficult, since many mild cases clear up on their own and thus go unreported.

Although the likelihood of contracting necrotizing fasciitis is very rare, there can be serious consequences if preventative measures are not taken quickly. This bacteria usually enters the body through a small cut or abrasion, so doctors emphasize the importance of proper cleaning and protection methods. It is also recommended that people with open wounds avoid public-use facilities, such as pools and hot tubs, where harmful bacteria can grow. It is important to look for signs or symptoms that can indicate an infection, and to make sure your doctor checks for all possible causes. Pain, swelling, or discoloration—especially if disproportionate to the injury—are often the first signs that something is wrong. If untreated, serious infections can cause flu-like symptoms such as fever, dizziness, and dehydration. As the infection worsens, the effects become visible on the body as the bacteria begins to decay surrounding tissues. When doctors suspect infection, they will treat it with heavy doses of antibiotic delivered intravenously, thoroughly clean the site, and provide reconstructive surgery. Skin grafts are often needed to restore the condition and appearance of affected sites, and, in severe cases, amputation may be necessary.

That is exactly what makes Aimee Copeland’s story so remarkable and inspiring: After a fall from a zip-line in Georgia that resulted in a minor cut on her right leg, Copeland contracted a flesh-eating bacterial infection that went undiagnosed for days. Near death, she had to undergo multiple emergency surgeries to clean and remove the bacteria from her body. In the end, doctors needed to amputate both her hands, her left foot, and her entire right leg. Now, after months of hospitalization and rehabilitation, Aimee Copeland is talking about her ordeal with surprising optimism.

The story has sparked nationwide concern (and sometimes hysteria) about necrotizing fasciitis, including rumors suggesting that the prevalence of flesh-eating bacteria may be on the rise. There is no evidence to support these claims, nor does what happened to  mean that people should avoid activities that they enjoy. She would be the first to assert such. Since her injury and resulting amputations, Copeland has exceeded doctors’ expectations for rehabilitation time. She celebrates each achievement in self-sufficiency and refuses to view her experience as negative. Instead, Copeland is proud to boast of her supportive network of friends and family, and is cheerful of her capability to adapt. Perhaps most importantly, Copeland says that she has remained optimistic about her future throughout her ordeal—learning not to take anything for granted, and to value everything life has given her.

Copeland, who is studying for a master’s degree in psychology at the University of West Georgia, told Katie Couric that this experience has inspired her to help other people with disabilities—a term she does not like to use to describe herself—find the resources they need to participate in outdoor activities. She notes that there are plenty of non-amputees who set debilitating limits for themselves, and she would like to use her place in the spotlight to help others overcome their difficulties. Copeland’s positive outlook brings a message of strength and courage to an otherwise morbidly cautionary tale. It is important to note that, despite this extreme example seemingly ripped from a horror movie, bacteria is a normal part of a healthy body, and severe infections like Aimee’s are rare. Proper care of open wounds, attention to symptomatic responses, and swift medical attention in the case of an infection are vital precautionary measures that can prevent necrotizing fasciitis from occurring. Another lesson from Copeland’s story? That keeping a sunny disposition and an appreciation for life with all its wonders should be something to strive daily to achieve.