You are at:Home»Featured»HEALTHY LIVING – Hellen Chen: Finding a good husband vs. the shallow playboy
Tweet 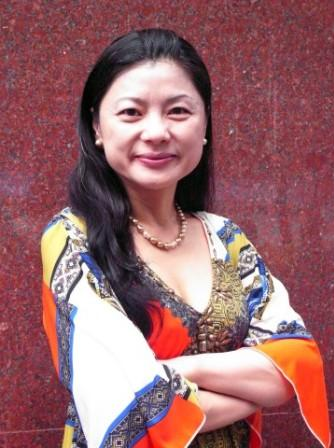 An international speaker and a best-selling author, Hellen Chen, also known as the matchmaker of the century, published 22 books on love, marriage and family life and is an authority on this controversial topic. Hundreds of thousands of women are continually struggling to find the secrets of how to transform the playboy they are crazy about into a settled down husband and loving father. Chen shares the secrets.

What do you think makes a man be a good husband or a playboy?

Women play a very important part in making a man be a good husband and not go out fooling around. The other part is men’s personality. It’s like somebody is born that way and some men want to be a playboy and then they want to be, you know, always attractive or are very much sexually craving. The reason I say these two areas is because one type of [person], they can have a drug or alcohol addiction, but they can quit. The other type of people, once they are on drugs, it’s like they cannot live without it and they cannot quit. There are two types of people so we cannot really put them in the same category.

Basically I do not discuss about the area that is out of control. When we eliminate this part of [a person], we are talking about the regular ones, the men who want to have a relationship. They love women, they love children, they want to have a good family. This type of [person], when they have a good wife, a good job, a good communication, they usually do not become a playboy, because they want to be married.  They want to be a good father and a good husband. The wife has a very strong part to keep them in a good relationship and satisfy them. When the wife is taking care of her husband, the husband will love her back. The woman has to be understanding, soft, very feminine, and cute 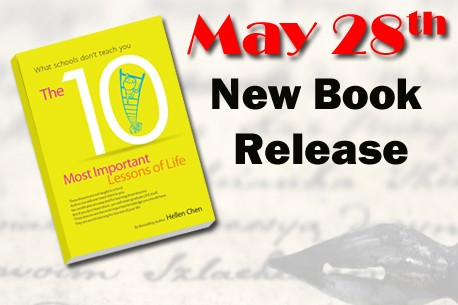 What should a woman do to change a man from being the playboy to being a good husband?

You should satisfy them and you really need to make them feel good and happy and not to educate them, because they don’t want to be lectured to. To some degree men are like boys, they don’t want to be lectured, or yelled at. Men are very sensitive in this area. If women can always smile and be nice and take care of them, men usually are very much cooperative. I believe men have a very good conscious. If women really give them a lot of space, men usually come back.

You said that those people who put looks as the top criterion in their search for a marriage partner often have a serious misconception about marriage.  Does is mean that good-looking men do not make good husbands?

No, not at all. My father and my father-in-law, for example, when they were young they were very handsome. Then I found out they behaved very well with their wives.

What is your advice for women that fall in love with playboys?

You cannot just change them, because if they don’t want to, it’s not so easy to go and change them. Of course, professionals or people who have this kind of knowledge could do it, but not the wife. The wife is not trained as a consultant, she doesn’t have this knowledge. It’s very dangerous, because this is like if you don’t know engineering, how are you going to fix it? I don’t think that’s a good idea for you to go and try to change your husband.  You should love him but not think about changing him. You have to give him space, let him be the way he is. You should love him the way he is.

You should [make]more effort to communicate with this guy. You should talk to him. You should understand him, but don’t judge him. Don’t evaluate him. I personally believe if you have a very good communication with your other half, the marriage and the relationship is much easier. But when you don’t have a good communication, it’s very difficult. Men have to enjoy talking to you. The most important thing for a relationship is communication. It is basically more important than sex, because sex is only for a certain period of time but communication goes for a lifetime. The reason why some guys go out and are playboys, is not because they really want to, it’s because they have fun. All this type of energy and satisfaction comes from communication.

What are the top three things men are looking for in women?

What men want is the woman to be cute. You have to be cute (laughs). Sometimes it’s not about dressing up or being sexy, having a good figure, being pretty. No, the most important is being comfortable; you should make men feel comfortable. Let’s use the example of when you dress. It’s okay sometimes for men to dress in tuxedos, but when they have a whole wardrobe, they choose the clothes they feel most comfortable in. You don’t wear a tuxedo every day. The clothes men usually wear most often are the ones they are most comfortable in. That’s like a wife. A wife is the one you’re together with most of the time and you want to be comfortable with that woman. Easy-going, charming, smiling, not [necessarily]pretty, but smiling is what matters. Men, I think, more or less are afraid of women who are angry, that’s what my father told me. When the woman is angry once, the man is afraid of the woman for three years and then all of a sudden she is not pretty anymore.

Now talking from women’s perspective, what do women look for in men?

It’s a very interesting question, because women usually are looking for the handsome boy.  They want wine and flowers and gifts. The really good husbands don’t do that, so a lot of times women choose the wrong husband. Women need to know what is the most important thing for the rest of their life. You cannot have flowers or gifts every day. The most important thing is a man who really cares about you, really cares about your happiness and your health; a man who really has a responsibility to have a family. Choose a man that has a good heart instead of just a handsome one. I see a lot of good men, but women don’t want them, because they are talking not so sweet. They are not so handsome and financially they are not on top, but they are very responsible men, and they want to have a good family.

Chen approaches each love issue optimistically. She has been happily married for more than 20 years and she says she played a large part in helping her parents stay together. Despite constant fights and threats of divorce for the last 60 years, her parents are still together thanks to their daughter’s advice.  Chen filmed a documentary about it titled, “My Father My Mother,” released on AL Jazeera Network. There is no such idea as the right one, Chen said. “You promise to be the right one for your loved one.” That’s her secret.