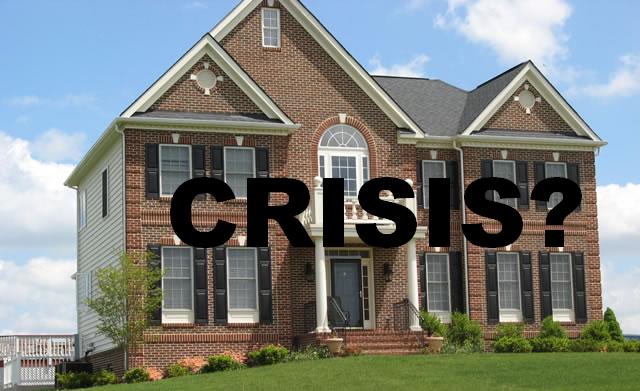 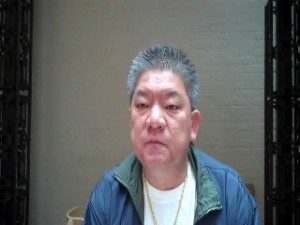 “I’m not a criminal,” says Nan Wong. His home, like so many, is currently in foreclosure limbo. “I do care, and I want to make it right. I’m not shying away from what I owe.”

Nantapol Wongkachonkitti – his full name – moved to the DC area from Thailand in 1975. He earned his citizenship, eventually owned his own company and began investing in his family’s future in the US. In 2001, he bought his 4-bedroom ‘dream house’ in Fairfax.

Today, he would be happy to rent his spare rooms to students from nearby George Mason University to help to pay his mortgage. He has been advised not to do so, because it is no longer clear that he owns his home.

In the wake of 9/11, his temporary labor business faced increasing difficulties due to the cost of insurance and the increased need for security and documentation. Then came stock market woes, and much of his portfolio lost its value. His finances were in ruins. The monthly rate for his mortgage went up just as his financial situation hit rock bottom. Last year, he, his wife, and their young daughter faced eviction from their home.

Nan hired a lawyer, sought a loan modification and considered filing for 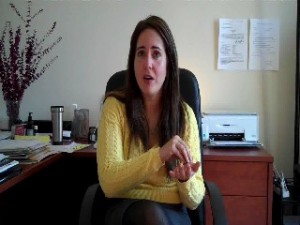 In May of last year, he received a notice of foreclosure from the bank which bought the bank that originally issued his loan. He received an eviction notice in October from an agent from another bank, and an email immediately thereafter explaining that the foreclosure had been stopped, for no clear reason. He no longer knows which bank owns his home. Wong believes the banks themselves are stalling, to try to find the note he originally signed for the loan – which a bank needs to seek foreclosure. 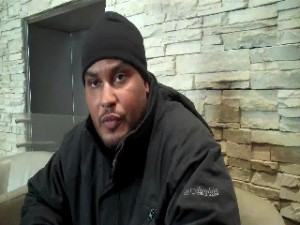 . Derrick Davis is a member of the Metropolitan Police Department, and has been both a home-owner and investor for over 12 years. He has dealt with several banks, some of which have failed in recent years, but the idea of foreclosure is new to him and complicated. He has seen his loans passed along to other institutions, and the irregularities in paperwork have been commonplace.

Davis was going through a divorce when his bank troubles arose. “I believe that they left a lot of my wife’s income on the paperwork,” thus exaggerating his wealth, he says. He has since had to fend off foreclosure on several of his properties, including his home.

For three of his properties, he had been given “pick-a-pay” adjustable-rate mortgages – through which monthly payments may be below the interest total. And yet, says Davis, “…it was never explained to me that the loan would never be paid off.”

Loans like these are geared towards wealthy investors and were not regulated. An investor taking out such a loan intends to sell the property quickly and above the purchase price. But these loans were also given to small investors, like Davis.

“These products were brand new,” says Terry Morris, of Rockville-based 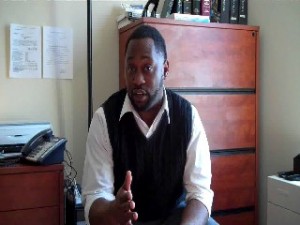 Morris Palerm LLC, the law firm handling Davis’ case. He says that no one really knew how these so-called ‘exotic loans’ would function in the long term. “All [consumers]saw were the cheaper payments they were going to get and… the ability to refinance later.”

Because property values had increased so dramatically in the mid-2000s, says partner Caridad Palerm, investors and consumers “…thought that that trend was going to continue, and everybody was operating under that premise. ‘I’m going to get this loan now for $250,000, and in two years the value of my house is going to be $350,000. So I’m going to be able to refinance again, pay these people the $250,000 and make $100,000 in profit.’”

Wall Street investors, she says, knew the increase in property values was not 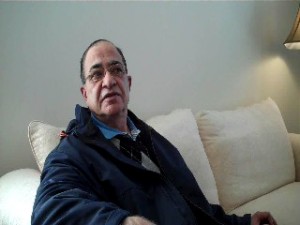 necessarily going to continue. In 2008, she says, “…the prices stopped increasing… and actually started decreasing.” The loan of $250,000 was now connected to a home worth much less than that amount, leaving the home-owner in debt, with a principal which might come due not in several decades, as with a traditional home loan, but in several years or less.

Investors on Wall Street had begun buying these mortgages in the early 2000s, creating a secondary mortgage market. The possibility of immediate profits – or a means to pay off existing debts – led many homeowners to refinance their mortgages using exotic loans. Homeowners, therefore, jumped on the bandwagon without understanding – or without being informed – what would happen when the ‘bubble’ burst, as it did in 2008.

The crisis began, says Morris, “…when the secondary market was deregulated. There was no oversight, basically, on Wall Street, in regards to them creating financial products that they sell to the consumer.” But the origins of the problem go back at least to the 1980s, when deregulation of business went into full swing and continued through the 1990s. “Most things you buy… there is a regulator, whether it be State or Federal,” he explains. Unlike the food we buy, the financial industry has no FDA.

The “laissez-faire approach to business” Morris cites as a hallmark of the George W. Bush administration may have been the final straw. “What you’re seeing now,” says Morris, is “…a lot of borrowers… who wouldn’t have qualified – shouldn’t have qualified for a lot of these loans. But Wall Street was betting – and, I hate to say it, a lot of the borrowers were betting – that the home prices wouldn’t crash. What you have is really a perfect storm that created this mess – with Wall Street being the engine that’s driving all of this.”

The factors behind this “Perfect Storm” are as numerous as its consequences. In addition to the troubles which arise when the holder of a traditional long-term home loan is injured or becomes unemployed, countless borrowers are now facing the fallout of loans which are unfamiliar and potentially confusing to anyone other than an industry insider. The new, unregulated loans caught the average homeowner or would-be homeowner by surprise.

Even a small investor like Derrick Davis found it hard to believe that the loans he was given were legal. “I thought there would never be such a loan,” says Davis of the pick-a-pay program. Such loans have since been made illegal in the District of Columbia – one sign that the system may be catching up.

“One of the problems with loan defaults is that the system is primarily set up to immediately trigger foreclosure,” says Doug Gottron, also of Morris Palerm Law Firm.

Loan modification, he says, in one way to avoid a deepening of the crisis. “It becomes on a national scale a social issue, because [for]most people, their savings is in their home. If they can no longer afford their home, or they can’t sell their home, what they’ve saved [for]their entire lifetimes becomes a useless asset. You do see people being wiped out entirely in this process.”

In DC and Maryland, explains Palerm, “…before you can start a foreclosure, you have to actually go to court and there is a mediation process” which a borrower can request. This option does not exist in Virginia, where decisions are reached between the bank and the State, with no judicial process. This is a part of the reason that Nan Wong is currently unsure who owns his home.

While the Federal government handles bankruptcy cases and can regulate financial institutions – particularly regarding truth in lending and disclosure issues – the foreclosure process itself is handled at the state level. Resolving the problems, acknowledges Gottron, will therefore require both state and federal involvement.

As the executive and legislative branches of the federal government continue to try to resolve the financial crisis, Gottron says housing reform will need to come through the judicial process. “There’s a learning curve that the judges are engaging in,” he explains. When enough judges have seen enough cases involving the new loans, familiarity will allow the process to continue more efficiently.

“Before, you were getting a mortgage,” says Palerm, “…and the bank would keep that mortgage until it was paid off. That means that if the person defaults, then they can go ahead and start a foreclosure process… and everyone knew what was happening there.” Now, the exotic loans have left many judges unclear on the proper resolutions.

“…The thought on homeownership was so different [then],” says Morris. “You bought a home; you stayed in it for forty years.”  Banks and homeowners could weather hard times together. “But Wall Street wants instant gratification,”he says.

Making sure the decisions come from elected government – rather than the banks themselves – is crucial. “[The banks] have a lot of money,” Gottrom wryly observes. “They have a lot of influence. What I’m afraid of happening is that you’ll get the Wall Street interests… [who will]approach Congress and perhaps obtain some sort of a sweeping legislative change that says ‘all of what’s been going on incorrectly and wrongfully is now okay.’”

Wong also feels banks devote their resources to covering their own errors instead of trying to help their customers. The homeowner, he feels, is forgotten. “They don’t help people,” he says of the banks. “To me, that’s the worst thing of all.”

If the banks have helped create these problems, they also need to help solve them. “One way or the other, [banks]are going to get these loans off of their books,” says Morris. “Our job here is to fight for that individual homeowner – to give him a voice.”

Homeowners around the DC area face a variety of complicated housing laws, which all the concerned parties hope will reach a positive resolution. Banks hope to keep their profits and keep the market growing. Families just want a chance to stay in their homes. “I want to stay in the house,” says Wong. “That’s where my daughter likes to stay, that’s where she goes to school. It’s the American Dream.”