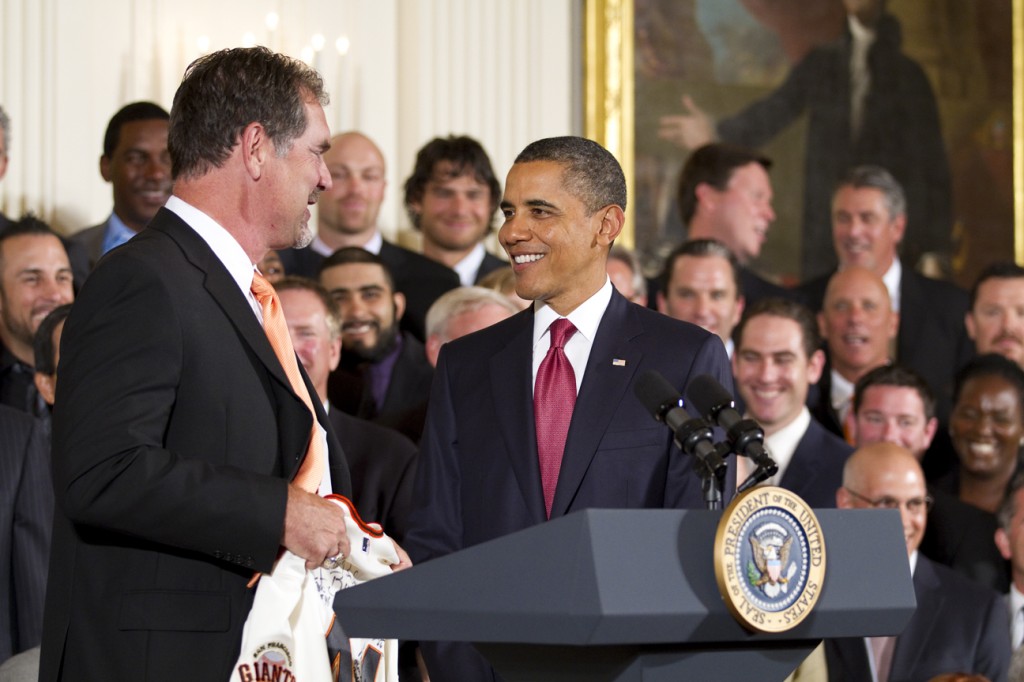 July 27, 2011
Jordan Schatz
Reporter/News Writer
In Case You Missed It 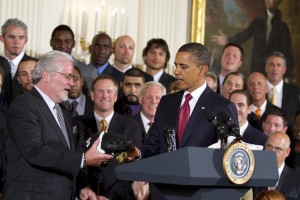 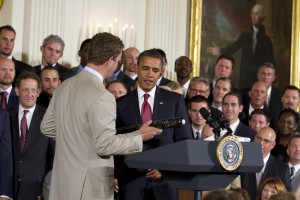 The Giants defeated the Rangers four games to one with the help of strong pitching from starter Tim Lincecum and closer Brian Wilson, whom the president singled out for both their dominance and their uncanny appearances. Lincecum, a 2-time Cy Young 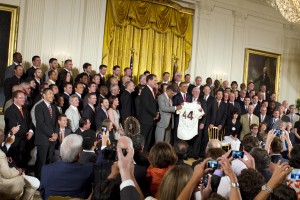 winner, is nicknamed “The Freak” for his lanky appearance but seemingly unhittable pitches, while Wilson sports a long jet black beard and fauxhawk.

The Giants’ players presented President Obama with a No. 44 jersey to honor his position as the 44th president of the United States. He also received a signed bat and a glove with the color scheme of the Chicago White Sox, his hometown team.

Said President Obama, “Even though this team is a little different, even though these players haven’t always followed the traditional rules, one thing they know is how to win.”