You are at:Home»Featured»METRO LINK – Denzel Washington, Kelly Rowland crown 2018 Boys and Girls Club of America’s Youth of the Year
Tweet 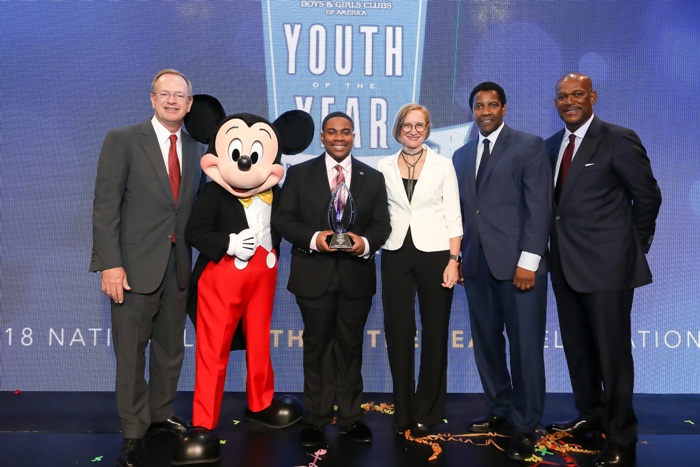 2018 Youth of the Year Malachi Haynes and Denzel Washington and Boys and Girls Club of America sponsors.

The 2018 Boys and Girls Club of America’s Youth of the Year Celebration Gala on September 25th proved once again to be the momentous event it has been in past years.  Star-studded and filled with celebrity Boys and Girls Club alumni, the event brought out faithful supporters and inspiring stories from young finalists. Comedian JB Smoove acted as emcee.  He kicked off the night with a few dance moves and his comedic talent, which left the crowd laughing throughout the night. 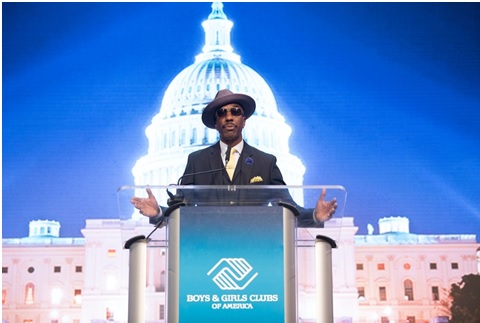 Norman, a Redskins favorite, strolled onto the blue carpet at the event and discussed his recent charitable acts to help raise proceeds for the Boys and Girls Club in Puerto Rico. “You see a lot of graphic pictures, but just imagine being there in the moment,” he said. I wasn’t able to go [to Puerto Rico], but I donated and fundraised for the foundation,” he added.  Norman donated $50,000 dollars of his own salary and convinced others to lend a helping hand as well. 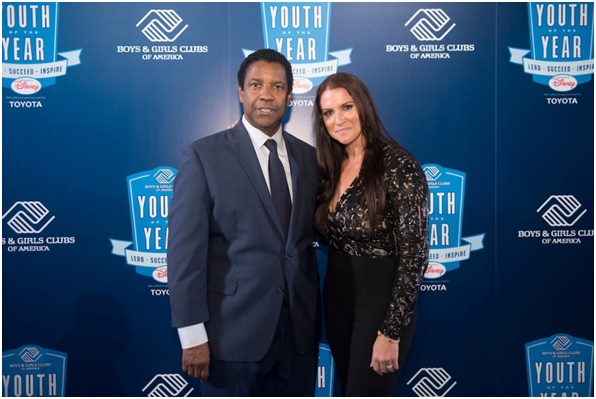 The duty of emcee caused JB Smoove to flew thousands of miles from Prague to be in Washington, D.C. for the ceremony.  Smoove announced, “I am the emcee for the night. Did you know I just came all the way from Prague?” He further joked, “Yeah, I’m over there in the UK doing the Spiderman movie. I had an event Saturday in New York; flew to Prague; worked last night; got on a flight this morning; made it here back in time, and I go back to Venice tomorrow to continue to shoot the movie. But I could not miss my Boys and Girls Club events!” 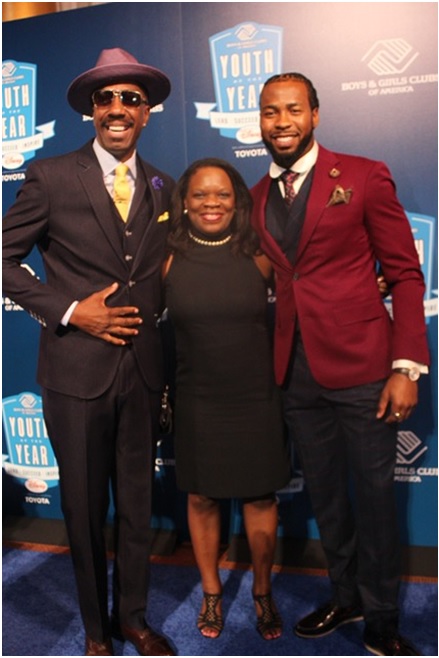 When asked about his childhood and his time at his Boys and Girls Club in Mount Vernon, New York, Smoove said, “I was a comedian back then, but more of a comedian in defense mode. I used to joke my way out of anything.  It helped me hone my skills.  And I don’t know where I would be without the Boys and Girls Club, because you know what, my neighborhood was rough…” He continued, “That was my safe house of great friends, great directors, and that molded me into the person I am today. We all need to have that foundation, that bottom to build off of. Even if we tear down the house, we still have that foundation where we can start all over again.”

The event featured the six Youth of the Year finalists, who courageously shared their inspirational life journeys with the crowd. Each finalist was introduced by a celebrity alumni. As Denzel Washington came to the stage to introduce his youth of the year, he spoke about his commitment to help the Boys and Girls Club Foundation as often as he can and well into the future.  Washington vowed that, “I don’t know for how long, but I’ll continue to give my life and my time, effort, and energy to the Boys and Girls Club.” 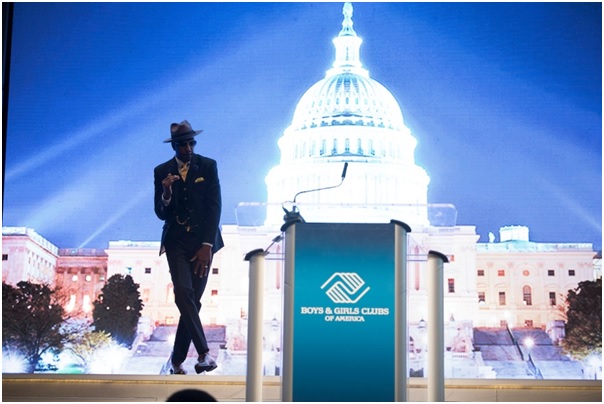 Washington and Smoove hailed from the same club in New York, or as they so poignantly put it, “from money-earning Mount Vernon.” Washington remembered his first day at the club and how he wasn’t initially allowed in.  “I don’t really have a speech,” he said “but I guess I’ve been practicing for about fifty-eight and a half years, because I was about four and a half when I first went to the club. And they told me I wasn’t old enough yet, so I had to wait. But I remember that first day and how I felt.” 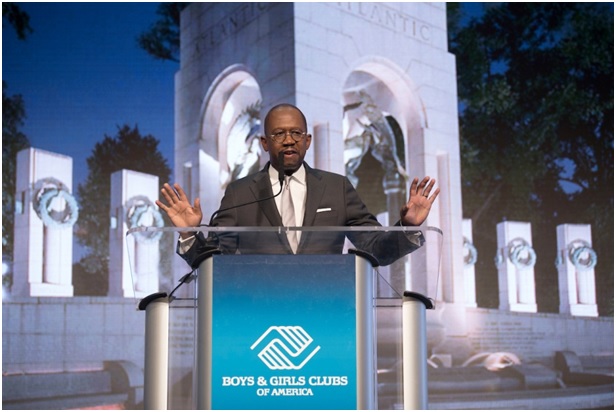 As Kelly Rowland sauntered onto the stage clad in grey, she introduced her youth of the year and became emotional when speaking about the phenomenal group of kids that had been nominated this year. “I’ve attended [this event]the past few years,” Rowland said “and every single time, I am blown away by the young people coming out of the Boys and Girls Clubs. When I hear our youth of the year talk about their goals and where they are headed, I feel hopeful about the future of our nation and where we are headed. There are change-makers and dreamers among us…” 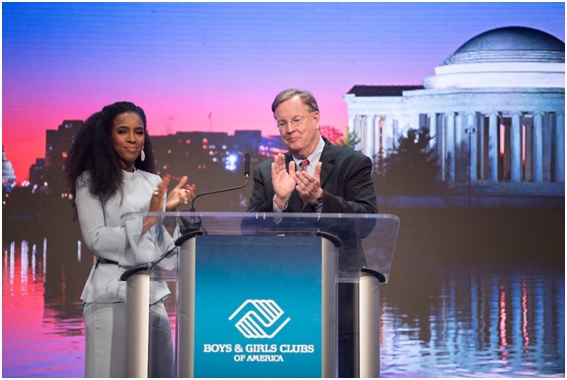 When asked if she was a supporter of the Boys and Girls Club, Ruth Carter, who went on to find acclaim as the costume designer for the movie Black Panther,  spoke of her start as a child saying, “Oh, yeah, it was a supporter of me…I’m a national member now, but as a kid, Boys and Girls Club was the hub for all my friends and playmates in the neighborhood.” She continued, “I was nine, ten, eleven, all the way up to fourteen…in Springfield, Mass, [at]Springfield Family Center Boys and Girls Club.”  When asked why she participated in the event, Carter — who was also a two-time Oscar nominee for costume design for the movies Malcolm X and Amistad — added, “Got to give back.  Got to inspire, because I was inspired as a youth.” 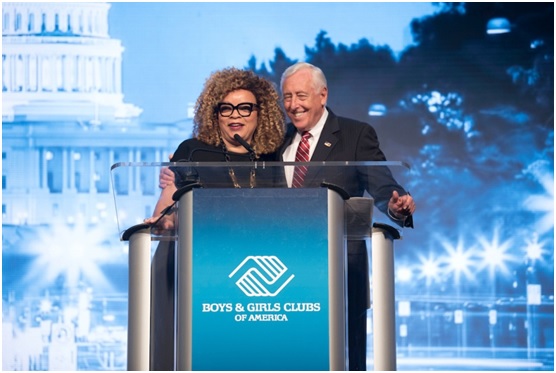 The musical entertainment of the night was provided by kids from Boys and Girls Clubs throughout the country, who came together and collaborated on renditions of the songs “True Colors” and “This is Me”. The performance brought the crowd in the room to their feet. The entire event went off without a hitch. Sponsors Disney and additional supporter Toyota partnered with the Boys and Girls Club to create a night to remember. 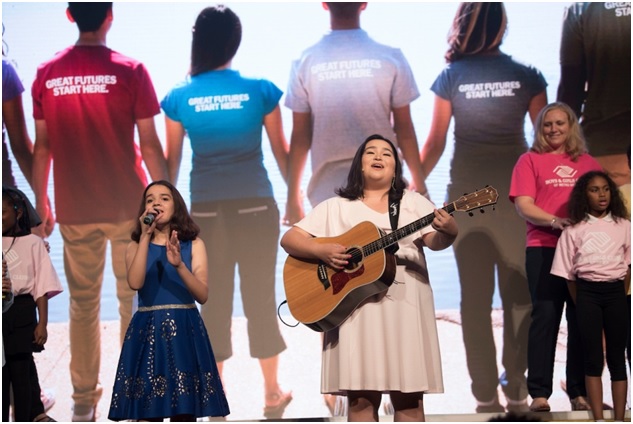 In previous months, the six finalist of the competition had been chosen, and they were as follows:  Malachi Haynes., Hannah M., Jeniya M, Jeramiah L., Ryan W., and Cynthia A. In the finality, last year’s winner, Carlos P., approached the stage to crown the new 2018 Youth of the Year award recipient.  The night concluded with Boys and Girls Club Midwest Youth of the Year Malachi Haynes walking away with the trophy.  He was sworn in as the new National Youth of the Year. 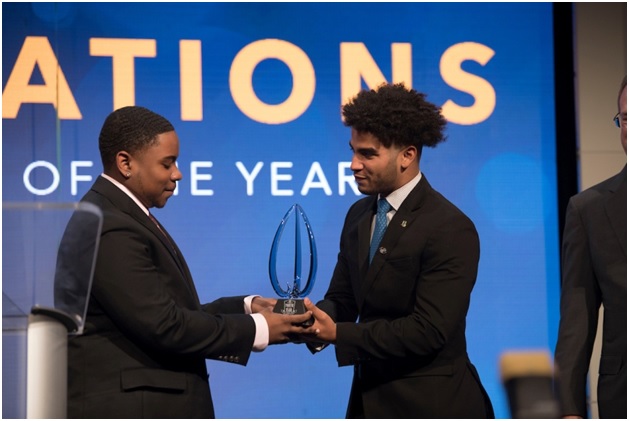 Haynes was genuinely moved by the win, and humbly stated, “To put into words, it’s kind of hard, but I am excited, I’m anxious, and I’m joyful. I am really emotional right now. Getting here and being able to spend the last four days with my counterparts is amazing.” Although Haynes had a difficult childhood, he found his footing at his Boys and Girls Club and became an influential leader for the younger members at his club. 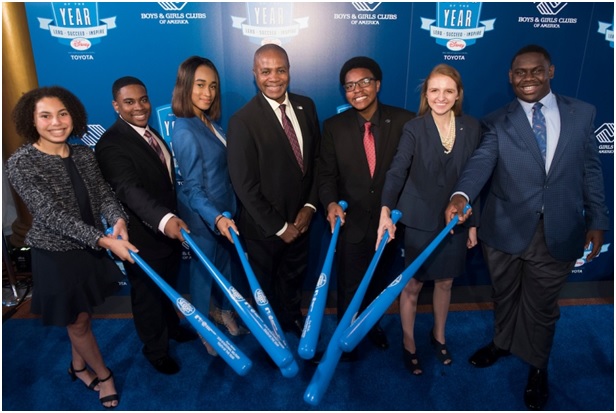 He attributes his success and desire to help others to his parents. “Mom and Dad, thank you for all of the hard work you put in,” he said to his parents.  “Thank you for believing in me and raising me right, and I really appreciate it. Thank you.” As the National Youth of the Year, Haynes was awarded a $100,000 college scholarship for his four years of college and a new Toyota Corolla from the Toyota Corporation, who is a loyal Boys and Girls Club of America supporter. 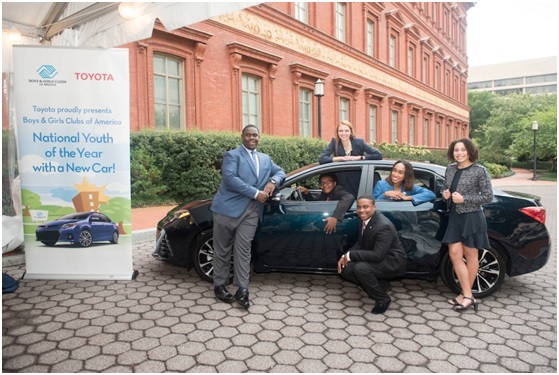