You are at:Home»Featured»BON APPETIT – Ethiopic Restaurant: Braving the winter’s cold for some spicy Wot
Tweet 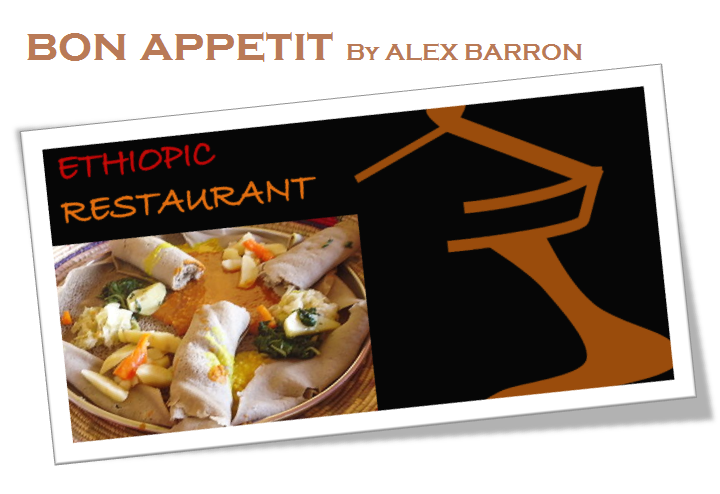 Pop quiz: which American city has the largest Ethiopian population? In response to this type of question, New York and Los Angeles — two cities that are both home to staggering immigrant populations (over eleven million between them) – would probably seem like safe bets. But the surprising truth is that in this category, the Washington, D.C. surpasses them both. While it is hard to estimate the exact number of Ethiopians in the beltway area, the Washington Post estimated 35,200 in an article earlier this year. Throughout the 2000s, an influx of Ethiopian immigrants resulted in a flurry of new restaurants and retail businesses, many of them located in and around the Shaw neighborhood, an area of which is now unofficially known as “Little Ethiopia.”

It didn’t take long for Washingtonians to fall in love with Ethiopian food in a big way. Massive sampler platters, a trademark of Ethiopian cuisine, made dinners conducive to big, friendly get-togethers, and it didn’t hurt that by around 2007, Ethiopian restaurants had become more ubiquitous than Chinese, Thai or Mexican places in certain areas of the District. Several spots in Northwest – most notably, U Street’s Dukem, Shaw’s tiny, elegant Etete, and Adams Morgan’s festive, cavernous Meskerem – have become neighborhood fixtures. But the best of the lot just might be Ethiopic, located several miles away on a stretch of H Street, known as the Atlas District.

Over the past six or seven years, H Street has rapidly ascended the list of D.C.’s hippest neighborhoods, but most of the bars and restaurants from which it draws this reputation are located a little further east. By comparison, Ethiopic sits on a relatively quiet corner, which actually complements its sensibly understated atmosphere. In contrast to the dingy or, at best, nondescript, décor of standard Ethiopian spots, Ethiopic announces its higher ambitions with a clean, comfortable dining room marked by white walls and exposed brick. Several unobtrusive framed paintings and wooden pillars inscribed with prints of the Amharic alphabet are the only nods to decoration. Unlike Meskerem, where guests have the option to sit on cushions low to the ground, Ethiopic offers only tables and chairs, sacrificing comfort and fun, perhaps, but also delivering a more cosmopolitan, adult experience in the process.

Injera, a spongy bread similar to a pancake, is the basis for just about every Ethiopian meal. Made from Tef, an indigenous cereal, injera often serves as the barometer for the quality of the entire meal. Ethiopic’s injera is thick and pale, an auspicious sign, as paleness is generally synonymous with quality. It’s ideal for use both as a utensil and a mop for sauce, and unlike most injera, Ethiopic’s variety may even be worth snacking on by itself. Ethiopian cuisine is based mostly on “wot,” a cross between sauce and stew, similar to an Indian curry. The Beef and Chicken Wot Sampler, which features four different wots – two chicken and two beef, both spicy and un-spicy – is both a handy introduction to Ethiopian food, and a platter that cries out to be shared. Spicy wots are accompanied by one drumstick and one hard-boiled egg, each of which pack an eye-watering, but complex range of flavors. Four vegetables comprise the Vegetarian Sampler, which is likely to appeal to even the staunchest of carnivores. Hearty lentils and potatoes are every bit as satisfying as the beef and chicken. For just a few dollars more, a whole croaker – flash-fried to the point of being flaky, but not oily – can be added to the platter.

In the unlikely event that you find yourself dining at Ethiopic alone, know that the Awaze Tibs, a delicately spiced beef stew with onions, tomatoes and peppers, is a warming source of comfort on a cold night. The menu offers a variety of Ethiopian beers – rather than the usual one token brew – and a few desserts, which are mostly Middle-Eastern, rather than African. But really, at Ethiopic, it’s all about that wot. D.C. will always have the half-smoke, but it might not be too much to say that we have found our adopted comfort food.