You are at:Home»Sports»SPORTS – Tiger Woods: Turning turmoil into the triumph of legends
Tweet

Photos: Courtesy of CBS Sports and the New York Times

In the fall of 2018, legendary golf player Tiger Woods announced his return to the big stage following an extensive hiatus from the spotlight. This re-entry has culminated into a win at the 2019 Masters and April 14th is now, arguably, the day of the greatest sports comeback in U.S. history. With this astounding win, Woods took home his fifteenth major title and fifth Masters title and green jacket with a tournament score of -13. Woods holds the second highest wins in the PGA Tour with 81 total wins, both minor and major. 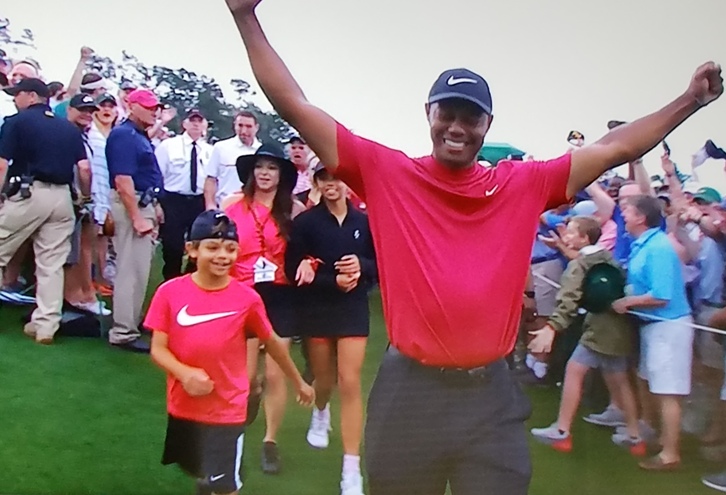 This win has made Woods the second oldest to secure a Master’s win. This is par for the course, considering Woods was the youngest man and first African American to win the Masters in 1997 at age 21. In a world of rapidly growing sports technology and younger athletes becoming more and more advanced, Woods proved himself resoundingly to be one of the best golf players of all time, following a decade of exposure of both private family matters as well as public health issues. 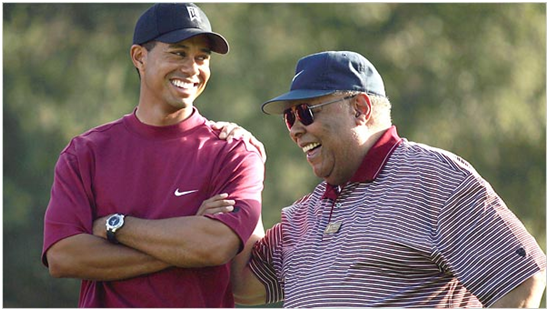 Woods has been heavily covered by the press as a public figure for over twenty years, rendering his hiatus as not much of a hiatus at all. In the years leading up to his remarkable return, he tried to remain under-the-radar, away from the press, amid an array of scandals that threatened to ruin his career as a public figure outside of his athletic abilities.

In 2009, at the peak of his career, he was touted as the most famous athlete of his time. However, his personal life began unfolding in the media following a cheating scandal. A few days later, news broke that he was in a car accident around 2:00 a.m. in his own neighborhood, where he allegedly struck a fire hydrant and a tree outside of a neighbor’s home. The press supplied heavy coverage of the crash, which led to prolonged controversy regarding Woods, his marriage, and possible substance abuse.

This was the first event of a near-decade-long string of events that kept him in the public eye and off the green. However, in an attempt to repair the public’s perception, he denied the initial infidelity claims and worked on his marriage and raising his children with his then wife, Elin. Over the following months, more and more women came forward with more infidelity accusations. The accusations led to a public confession, which eventually led to his divorce in 2010.

Between many setbacks, Woods went from winning in major tournaments to losing in minor tournaments and in 2017 the Official World Golf Ranking ranked him at 1005th, pushing him out of the top 1000 golfers in the world. During that same year, as he tried to remain out of the press, at conceivably his lowest point, another controversy struck. Woods was arrested for a suspected DUI. Although, he reportedly did not have any alcohol in his system at the time, it was later determined that he was allegedly found behind the wheel of his Mercedes Benz under the influence of prescription pain medication and having a strong reaction following his fourth back surgery. Woods was arrested and according to Golfweek completed drug treatment and later posted on Twitter: “I recently completed an out of state private intensive program. I will continue to tackle this going forward with my doctors, family and friends. I am so very thankful for all of the support I’ve received.”

Prior to all of the scandals, Woods faced another heartbreaking loss in 2006 with the passing of his father, Earl Woods, whom he attributes most of his success. But it was following his groundbreaking win at the 2019 Masters this week that things came full circle when Tiger and his young son, Charlie, shared a loving embrace reminiscent of his win and embrace with his own father. This win leaves fans to speculate whether the Tiger Woods of old has returned.