You are at:Home»Sports»SPORTS – Tiger Woods’ newest victories: The Masters and the Presidential Medal of Freedom
Tweet

For golf legend Tiger Woods, 2019 has provided new beginnings for his career as he returned to the green to prove himself as the one-in-a-million athlete.  Woods was awarded the Presidential Medal of Freedom on Monday, May 6th by President Donald Trump. In his 15-minute introduction of Woods at the White House ceremony, President Trump said, “We are in the presence of a true legend, an extraordinary athlete, who has transformed golf and achieved new levels of dominance. He’s also a great person; he’s a great guy. Tiger Woods is a global symbol of American excellence, devotion, and drive.” 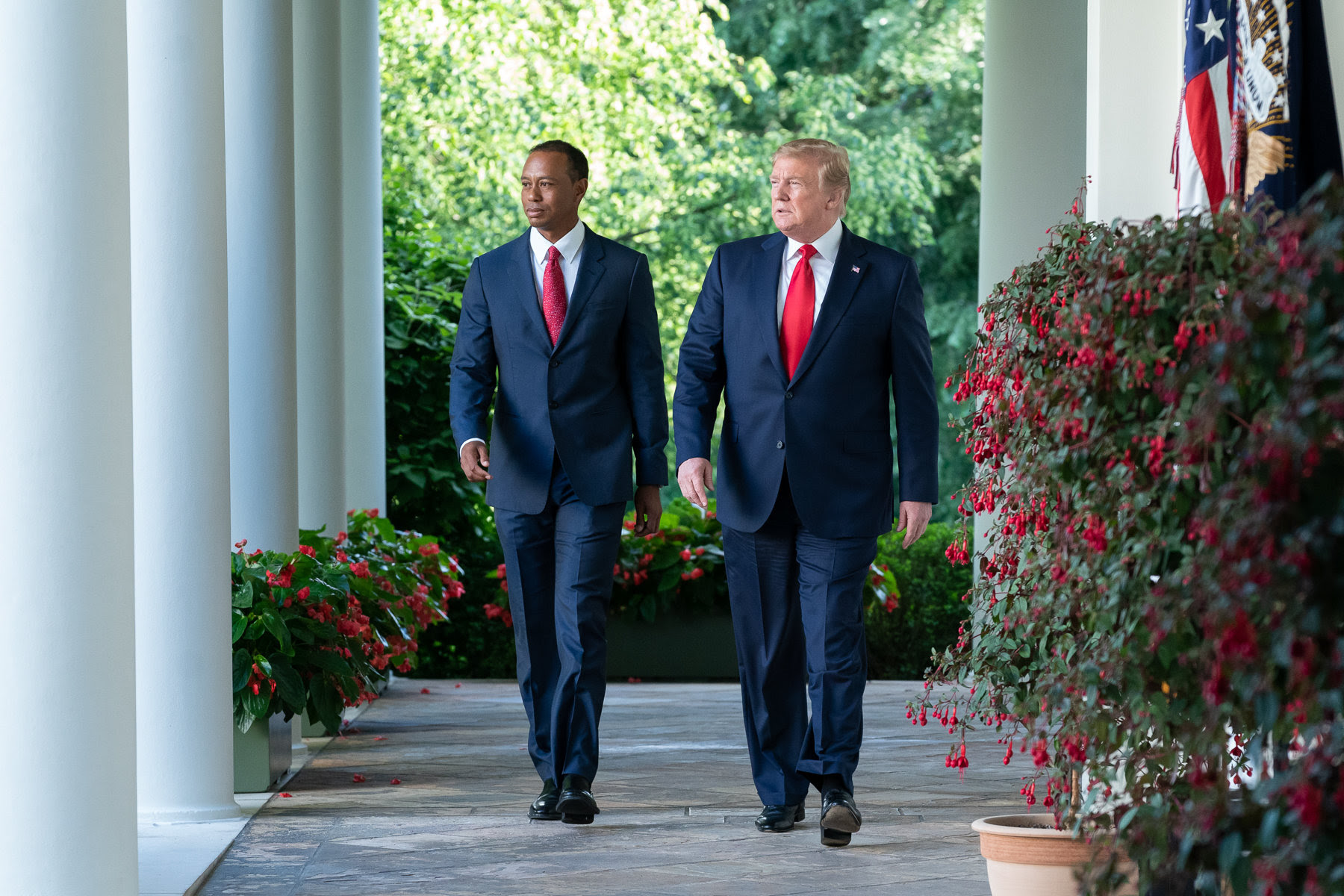 The award followed a record-breaking comeback for Woods at the 2019 Masters, where he championed amid golf legends for his first major in eleven years. His hiatus from the course was concurrent with major adversities, both physical and in his personal life. 2006 marked the beginning of a decade-long struggle with major injuries; each injury provided a new challenge for Woods and his athletic abilities. The public eye has been intently watching the golf legend since the beginning of his career.  In 2009, he faced the potential downfall of his career as a public figure amid cheating scandals and alleged opioid abuse following a car accident. He then took a step back from his athletic career to focus on his family and attempted to remain out of the press. Despite his tribulations, his return has proven to be a boom for both Woods and the golfing world in need of resuscitation since his partial exit from the golf scene. Not only had television ratings for televised golf tournaments dropped sharply, but also attendance at golfing events had plummeted since his career began to falter.

Acknowledging Woods’ perseverance through struggle and exceptional achievements, President Trump concluded by addressing Woods: “Tiger, we are inspired by everything you’ve become and attained. The job you’ve done is incredible: your spectacular achievements on the golf course, your triumph over physical adversity and your relentless will to win, win, win. These qualities embody the American spirit of pushing boundaries, defying limits, and always striving for greatness. That’s what he does.”

The Presidential Medal of Freedom is one of the highest civilian awards in the U.S.  Under Executive Order 9586, signed on July 6th, 1945, this award is bestowed upon a person who has made “an especially meritorious contribution to the security or national interests of the United States, world peace, cultural or other significant public or private endeavours.” The award ceremony provided an exposition of the president’s long-time admiration of Woods. The ceremony included many of Woods’ life-long friends and family members. Woods’ acceptance speech were words of gratitude and appreciation for his friends and family who provided him with the means and support to attain his levels of achievement as an athlete and individual.

“I just want to say this has been an unbelievable experience,” Woods said, “and to have the support that I’ve had for all these years – and everyone here has seen and been with me for – some of you for my entire life. And some of you, for more than half my life. You’ve seen the good and the bad, the highs and the lows, and I would not be in this position without all of your help.”

Woods also addressed the previous golfers who won the Presidential Medal of Freedom, and ended his speech by stating, “To have been chosen as the next golfer after Charlie is truly remarkable.”

Woods is the fourth professional golfer to be awarded the Presidential Medal of Freedom, joining the list with Jack Nicklaus, Arnold Palmer, and Charlie Sifford. His son, Charlie, was named after Sifford, who has been a strong mentor for Woods throughout his career. With his career at a new all-time high, fans and critics alike await to see what the history-making professional athlete will achieve next.

Editor-in-chief Wendy Thompson and Alina Pasha contributed to this article.