You are at:Home»Featured»IN THE SPOTLIGHT WITH WENDY THOMPSON (VIDEO) – Michelle Lockey: Taking metro D.C. by storm; thanks Taylor Swift for streaming battle
Tweet

Singer/songwriter Michelle Lockey has made her name on the Washington, D.C. metro music circuit, and in January, she will take on the city of L.A. in a massive career move to the West Coast. Lockey is an Indie folk singer, who creates music throughout the genre. DC Spotlight’s Wendy Thompson caught up with Lockey at the Bethesda Blues and Jazz Supper Club, where she sang some of her best hits, including the award-winning “Footprints”.

Lockey also voiced her opinion on Taylor Swift’s incredible move against Apple Music and music streaming industry giants, such as Spotify and Pandora. She lauds Swift’s brave move in support of both struggling and prosperous artists, and says although she did not solve the problem, she did bring the conversation to the surface.

Wendy Thompson: Michelle, tell me a little about yourself, where are you from?
Michelle Lockey: I’m from the Washington, D.C., Maryland area. I was born in South Carolina, and we moved up here. My dad was in the military. We lived in Maryland, Virginia, now I am back in Maryland again.

Thompson: Ok. You are thinking about moving out to California, is that true?
Lockey: Yes, my husband got a job out there, and I know a lot of music people, so we thought it was a good move. And we will be going in January.

Thompson: So what type of music do you play? What is your genre of music?
Lockey: I’m Folk and Indie Folk mostly, and then singer-song writer. I also do some Indie Pop as well.

Thompson: And you have also won some awards. You won an award for one of your songs “Footprints”, I think.
Lockey: Yes, “Footprints” won grand prize in the John Lennon song contest in 2013, I think it was. And then I also won the Silver Award in the Washington Area Music Awards for Song. It’s called the Song Writers Association of Washington.

Thompson: For which song?
Lockey: For “Live, Laugh, Love in Color” with a friend of mine Paul Otten. I’ve gotten so many finalists in so many international song contests. Quite a few, I guess. 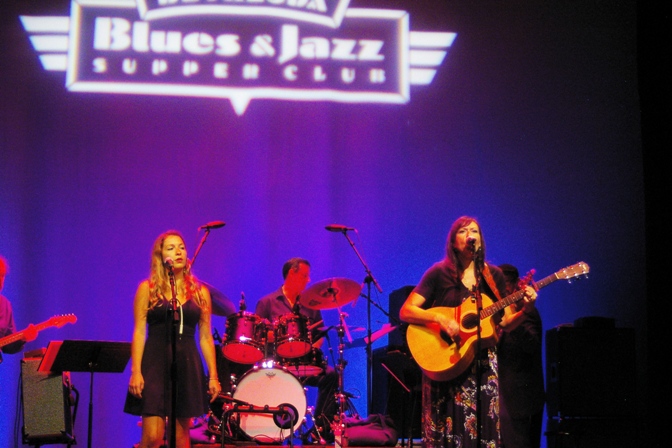 Thompson: That’s great. So who inspires you? What artist inspires you?
Lockey: When I was growing up, it was Amy Grant. Now, I really like “The Civil War”. I like the “Oh Honey” if you’ve heard of them. Ingrid Michelson, also. I really like her and her music. Some of the new Indie Pop people like Lana Del Ray and that kind of thing. I really like those people.

Thompson: Also, you were telling me, about Taylor Swift and how she helped artists like yourself take a stand on music streaming. How does she help other artists like you?
Lockey: We don’t get paid a lot for streaming. Because of streaming, record sales have gone down. So she pulled her music from one of the big names: Spotify. Because of that to try to make a stand, because she can afford to do that. Hopefully they will take a look at how much we are being paid or “not being paid” for songs. Hopefully, that will change, and we will get better rates for streaming.

Thompson: So how were they going to be treated if she hadn’t stepped up?
Lockey: I don’t know if there would’ve been a change. I mean, we are kind of getting the raw end of the deal. Artist, songwriters and everything when it comes to that. So having advocates that can afford to do this means a lot to us, especially Indie artists. I’m glad she took a stand, and others are trying to take a stand too. 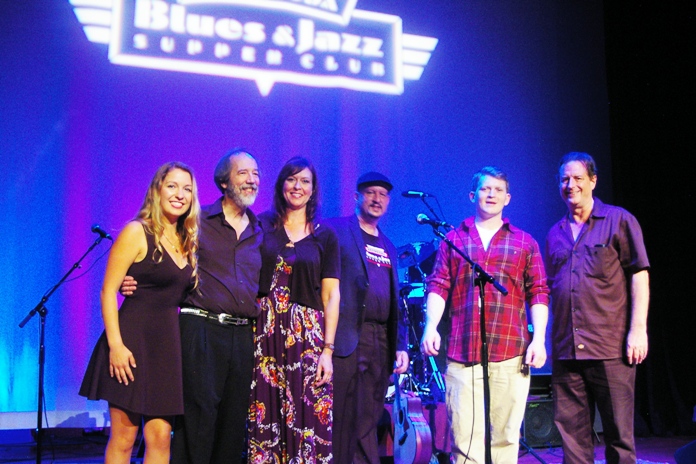 Thompson: So what is the name of your latest album?
Lockey: the album is called “More to Life”. It is a 17 song album. 17 songs (laughing). It’s all originals and has one cover.

Thompson: Do you write your own songs?
Lockey: All of my songs.

Thompson: It’s a good song, a very good song.
Lockey: It’s about contemplating, moving to fast in life and trying to contemplate, Slow down. Think about things for a bit.

Thompson: So, what are you going to be doing next?
Lockey: Next, we are going to be doing an acoustic album and developing a woman’s video series to help them discover themselves more. So that’s in the works now. I really don’t have a date for it yet, because I am still trying to plan everything… figure out how to launch it. But I do not want that to hold me up. Coming soon.

Thompson: Thank you so much, you did a great job tonight.

Lockey’s unique style of music has won her awards, but most importantly, touched many lives of music lovers. Although the D.C. metro area is losing her talent locally at the beginning of next year, her music will continue to a part of the city for generations to come.