You are at:Home»Featured»IN THE SPOTLIGHT WITH WENDY THOMPSON (VIDEO) – CBS VP breaks silence on new move to Washington, D.C. and WNEW/WTOP rivalry
Tweet

“We want our shows to be able to get listeners to come down and watch them… In this day and age, we need to engage. There needs to be more personal one-on-one engagement with our listenership.” — Steve Swenson, Senior VP of CBS Radio Washington

When DC Spotlight Editor-in-Chief Wendy Thompson caught up with Steve Swenson, Senior Vice President of CBS Radio in Washington, D.C., Swenson came bearing exciting news involving the Capitol Waterfront and the arrival of a new kid on the block. Swenson also detailed his unlikely path to a career in radio, working his way up in the CBS family from his start as a desk assistant.

Originally planning to be a professor, Swenson began working at KFWB and went on to enjoy success in several cities throughout the country before landing in Washington, D.C. four years ago. Since his arrival, CBS Radio has added a sixth station, WNEW, an all-news station that competes with the long-standing and high-grossing WTOP, also located in the District. The vice president shared some insight into the company’s programming goals, giving D.C. Spotlight an exclusive on their new studio location in the downtown area and their upcoming interactive events for metro listeners.

Wendy Thompson: I want to start out talking about your life. Tell me a little about your career path.

Steve Swenson: I grew up in Southern California and started working for CBS. At the time, it was not CBS, it was Westinghouse Broadcasting, in Los Angeles at our all-news station there KFWB and I was there — started in the newsroom of our all-news station at an entry-level job — desk assistant. Then moved my way up over the next five years to be assistant news director. Then the company transferred me to New York City to be the news director of 1010 WINS back in 1985. I was news director and program director of 1010 WINS for 11 years. Then I became the general manager of WTOP here in Washington in 1996, and I was there for 3 years and then the company asked me to move back up to New York to run our all-news station WCBS. I did that for 13 years, and in the last 3 years of that I also ran our second all-news station 1010 WINS. Then about four years ago…CBS asked me to come down and run our — at the time, five radio stations in Washington — and then probably within 6 or 7 months, we bought a sixth radio station, and that’s when we created WNEW, our all-news radio station here. So I now run all six of our CBS radio stations here in D.C.

THOMPSON: So when you look back on your life now and all the accomplishments that you’ve made, what did you want to be when you were younger? 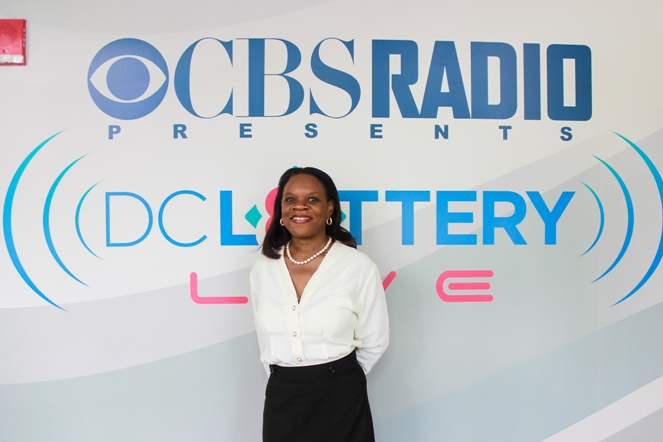 SWENSON: It’s funny, you know, this is not anything that I thought that I would ever do. I actually wanted to be a teacher. In fact, when I was going to school, I was really trying to prepare myself to get into teaching at a college. I wanted to be a college professor; I wanted to teach media; I wanted to do media research. I remember, at the time I was studying the impact of television on children, and during graduate school, I had an opportunity to do my Master’s thesis on all-news radio and I was able to go do research for two weeks at the CBS all-news radio station in Los Angeles. Shortly thereafter, the news director called me… and said ‘Hey we’re looking for fill-in relief during the holidays. Would you want to come do relief?’ and I said, ‘Sure.’ And I got in doing relief and then eventually I became a full-timer and changed my whole career and stayed in the news business. 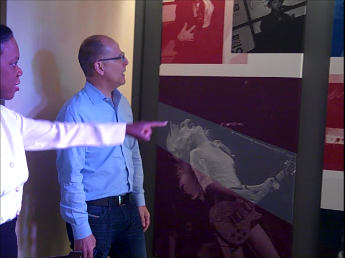 THOMPSON: So when you look back at all the success that you’ve had, if you could think of one person who was very important in that process, who would you say?

SWENSON: I would say my first news director, who I would consider my mentor. The reason he was so important is, obviously, I had gone to school and never taken a journalism course in my life. And so when I started working freelance at our all-news station — his name was Ed Pyle — Ed took me under his wing, and I began writing news stories on the side. When he’d get a chance on the 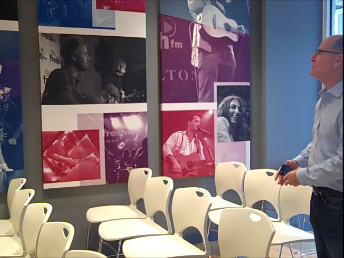 weekend, he’d look at them and mark them all up with a red pen and send them back to me maybe a week later, maybe two weeks later. And then I would sit down and do another round, and I kept doing that, and he taught me the 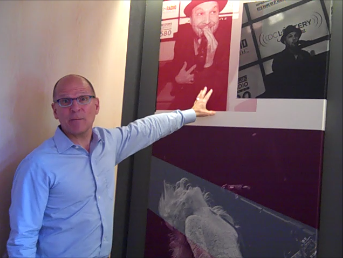 news business, so that’s what kind of turned everything for me to get into the news business.

Although Steve Swenson’s journey into the radio business was unlikely, he has experienced success throughout the country. Since Swenson arrived in the metro area, CBS Radio has made several changes in order to compete with other stations. The VP explained the company’s reasons for their move to a studio location in the heart of the District. He stressed that increasing fan involvement was a crucial factor in deciding to relocate to the Capitol Waterfront, an up-and-coming, bustling area.

THOMPSON: So you have some news that you wanted to tell us about. What is the news?

SWENSON: Our 6 CBS radio stations have moved from suburban Maryland to our new home here in downtown Washington, D.C. Once we started WNEW, we found that we really need to be in the city. If you’re going to run an all-news radio station, you’ve got to be where the action is. We felt we needed to be more central, and this is really critical. We needed to be where there was mass transportation, because when you run an all-news station, it is the most expensive radio format to run because of people. You need a lot of people. And a lot of young people need to be able to have easy access to their place of employment. We looked in [several areas], and we looked at where we are right now– near the Navy Yard — and this is where we ended up deciding to go. One of the reasons was that Mayor Gray, at the time, had wanted this area — which is called the Capitol Waterfront — where Nats stadium is, to become an entertainment center in Washington, and he wanted a media company to be here. So he was very open to working with us and getting us to come here, but most importantly, allowing us to create a street-level studio and performance space, because he wants to create street activity, and that’s what we’re sitting in right now.

THOMPSON: So we are sitting in the performance studio right now, which will host a variety of exciting events to connect listeners personally with their radio station. Can you tell me more about the performance space and the plans for fan interaction here?

SWENSON: Yeah, right now we have a performance space that holds about 75 people seated, another 25 standing, so we can get about 100 people in here. What we do on our music stations, whenever they have performers that play their music or are in town to perform, we ask them to also come here and do an intimate VIP experience for our listeners. So the only way to be able to come see them is by winning tickets by listening to the radio station. We do a 45 minute to an hour performance, which includes usually only 3 or 4 songs, but they also answer the audience’s questions. So you have them standing here answering questions, and then what the audience loves is being able to ask questions in such an intimate space. Then afterwards, they stay and take photos with every single person. So it’s not like going to the Verizon Center and seeing Stevie Wonder a hundred yards away. This is, you’re right here with them.

THOMPSON: This is super! The fans are going to love this. Let’s talk about a WNEW, the recent all-news station addition to CBS Radio. How is WNEW different from WTOP?

SWENSON: Our signal covers Baltimore as well as Washington, D.C. Since there obviously is an all-news radio station in Washington, WTOP — that has been here for decades — we felt that we needed to do something that distinguished us from them. So we now cover Beltway to Beltway. I also think at that time, when we made the decision to do Baltimore to Washington, we also made the decision to be the only radio station that does traffic every five minutes. Most all-news stations around the country, including WTOP here, do traffic every ten minutes. We now do it Monday through Friday 7a.-7p. every 5 minutes. So the people know there’s a place that they can quickly not have to wait to get traffic. And we have found, since we started that, our ratings have also been going up.

WNEW broke into the market in 2012 as a competitor to the top-rated all-news station, WTOP. Swenson, who got his start at the Los Angeles all-news station, and even worked for WTOP at one time, believes that, although it is an expensive type of station to run, it has the most potential for profit. Because WTOP is the top rated station in the country, WNEW does not need to topple its competitor in order to be successful. Swenson says that WNEW stands apart in three crucial areas: it is focused on local news, provides traffic updates every 5 minutes, and its signal covers both Baltimore and the District.

THOMPSON: Can you give me some information about each of CBS Radio’s stations here in D.C.? What is their target audience and what sort of content do they produce?

Throughout the interview, Swenson stressed that the listeners’ experience is the primary focus of the enormous physical move and entry in the downtown area. In order to create the best programming possible in this new interactive age, he concluded that CBS will have to be on the pulse of the community. He used Verano Zol, the company’s annual family music festival, that takes place in late June, as an example of CBS Radio’s involvement in the community. Swenson believes implicitly that the new headquarters will be an asset to their ultimate goals. He declared, “We want our shows to be able to get listeners to come down and watch them… In this day and age, we need to engage. There needs to be more personal one-on-one engagement with our listenership.”