You are at:Home»CHECK IN»CHECK IN – Daily News, Weather and Sports Scores – February 26, 2016
Tweet

Metro has announced it will bring in more police officers to help monitor mornings and evening when schools close and during afternoon rush hour. The decision came at a board meeting on Thursday, one day after a shooting on a green line train. Metro Transit Police Chief Ron Pavlik said that a private security company will be hired to handle metro’s cash disbursements and police officers who previously had that duty will start patrolling. “We do have a safe system, so obviously as a chief, I’m going to take steps to reassure our riders and our employees,” Pavlik says.

Verso Corp. to be fined $10,000 for tainting Potomac River

Paper making company Verso Corp. will be fined $10,000 for two chemical spills that tainted the Potomac River last September and October according to the Maryland Department of the Environment. The spills included 9,500 gallons of latex on Sept. 23 and concentrated red dye on Oct. 2 says department spokesman Jay Apperson in an email on Thursday. Verso, the Memphis, Tennessee based company, is in chapter 11 bankruptcy proceedings. Apperson says the department will file a claim against Verso in the bankruptcy action.

A gunman fired several shots through the south-central Kansas town of Hesston with an “assault-style” weapon. The gunman, Cedric Ford, according to Harvey County Sheriff T. Walton, took his last stop at Excel Industries, a plant that makes lawn mower product.  He was previously employed there. The three individuals who died all came from Excel Industries. Sheriff T. Walton never discussed a motive, but did mention that Ford was triggered by an event, however, he would not specify.

Frank John Selas III, the host of a television show that started back in 1978, was indicted by a grand jury on two counts of aggravated rape, three counts of sexual battery, and eight counts of indecent behavior with a juvenile, according to Rapides Parish Assistant District Attorney Brian Mosley. The “Mr. Wonder Show” was a kids program for the local CBS affiliate KNOE-TV. 76-year-old Selas was the target of allegations that began in 1979 after parents complained to authorities that he had sexually abused their children on a camping trip to Kisatchie National Forest in central Louisiana. Accusations  eventually caused Selas to legally change his name to Frank Szeles in 1992.

Rubio and Trump rip each other in GOP debate

Just days before Super Tuesday, Thursday night’s Republican debate in Houston, Texas gave candidates the opportunity to showcase themselves. Donald Trump started off by faulting Marco Rubio on a deal to buy a $179,000 house, The Florida senator without hesitation shot back at Trump saying if Trump “hadn’t inherited $200 million, you know where Donald Trump would be right now? Selling watches in Manhattan.” In another back and forth heated debate, Rubio attacked Trump with accusations of hiring people from other countries to take away jobs from Americans and being fined for worker’s violations. Trump quickly fired back, “I hired tens of thousands of people. You’ve hired nobody.” 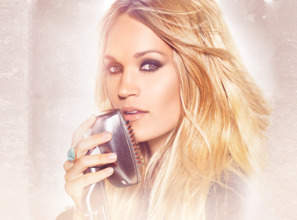 The safe way to double your money is to fold it over once and put it in your pocket.
—  Kim Hubbard
Share. Twitter Facebook Google+ Pinterest LinkedIn Tumblr Email
Previous ArticleENTERTAINMENT – Celine Dion returns to Vegas, dedicates song to her husband Rene
Next Article WASHINGTON, DC NEWS – Metro to increase police presence