SUBMIT HOLIDAY PHOTOS:
Put your face in the spotlight.  Send your holiday photos to contact@dcspotlight.com and we might see you on our pages.  (Include your name, email address, telephone number and address.) 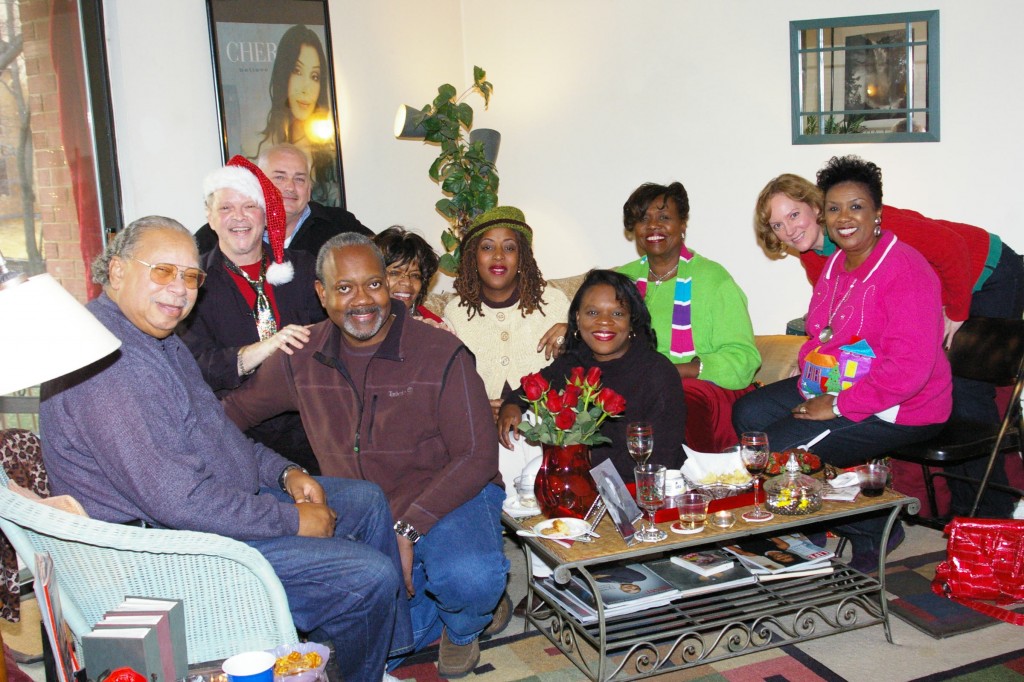 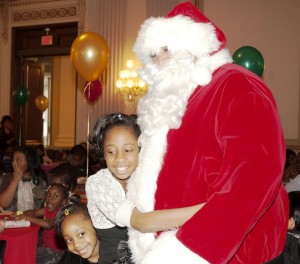 When the WTOP News Radio gang got together before Christmas, it was treats and laughter as friends gathered around the fire blazing on the television and sipped eggnog.  The fire was fabricated from a store-bought CD, but the rum in the eggnog left the guests oblivious of the difference.  The party, an annual celebration, was held at Dean Lane’s humble abode in Virginia.  Lane is the overnight anchor at WTOP and this year he’s celebrating his 15th year at the news station. 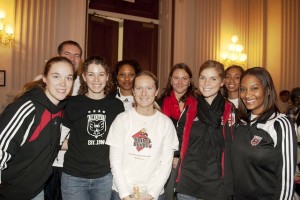 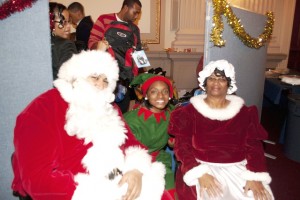 Covenant House of Washington, D.C. partnered with the District’s own Congresswoman Eleanor Holmes Norton and threw an enormous Christmas party for the children of the District in the Capitol Building.  With the cheers of little voices in the background, Norton had the honor of revealing the surprise – that Santa Claus was waiting in the wings with toys in tow.  Santa and Mrs. Claus arrived in time to give the good girls and boys gifts and toys, which most of the tiny younglings could barely hold.  From footballs to backpacks and dolls, no child seemed to leave unhappy.  “Streamer Da Clown” put on a show the kids will not soon forget.  With Muppets and puppets singing of safety and dreams, the brightly clad clown told the children that each one was special and could become anything their minds could dream.  Santa had many helpers on hand from the corporate world, who also came bearing gifts.  They included:    Care First Blue Cross Blue Shield, DC United, AFL CIO, Safeway,  Giant, Coke, Wal-Mart, Amtrak, Marines – Toys for Tots, Washington Gas & Light Company and Geico. 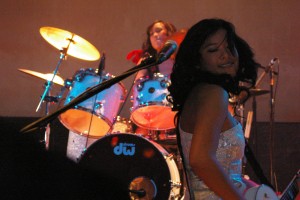 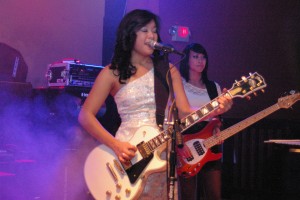 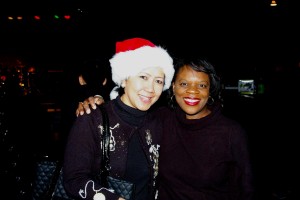 The all-girl rock band, Ivy Rose, hosted their Christmas extravaganza at the Jaxx nightclub in Springfield, Virginia.  The group invited several other local bands to perform, but it was Ivy Rose — clad in Rudolph antlers and glowing red noses — who rocked the house.  Their mom, Lynn, dad, Tito, brother and aunt were among others on hand to support them.