You are at:Home»Featured»THE NATION – Has America lost its common decency?
Tweet 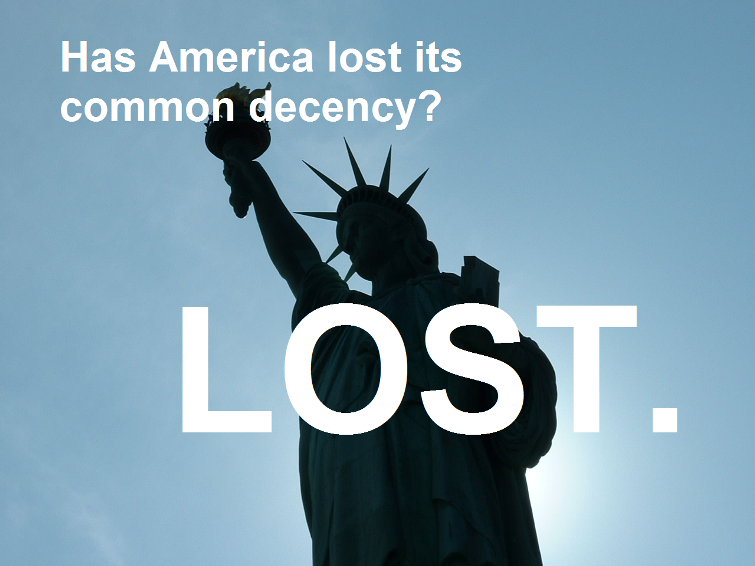 As the 2016 Presidential Election came to a close, many Americans were left wondering where America’s formerly respected morals had gone. They watched in misery as the leader of their nation viciously attacked millions of their neighbors and questioned whether their beliefs would continue to be mocked by the man leading a country built on its ideals. As thousands watched their previously kind-natured country decay, they began asking the question: Where did America’s common decency go?

Decency can be defined as the requirements of accepted or respectable behavior. Over the past 5 years, the deterioration of such characteristics in America have become easier to see and harder to stop. A shining example of this lies in comedian Patton Oswalt and Tony Brust’s “twitter war”. Nearly a year ago, Oswalt’s wife, Michelle McNamara, reportedly died from a combination of drugs in her system and an unknown condition proved lethal. As a result, Oswalt became a single father to his 7-year-old daughter, Alice.  In an emotional letter to GQ, Oswalt wrote about the struggles of losing the woman he loved, saying, “It feels like a walk-on character is being asked to carry an epic film after the star has been wiped from the screen.” The death shocked America, for the beloved crime writer was only 46 when she tragically passed. 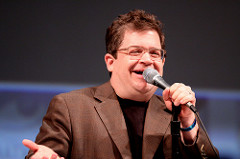 About a year later, Oswalt and President Trump supporters were locked in an argument that can only be described as a simple political back and forth. Oswalt’s tone remained positive and casual, as he tweeted the following:

“Oh (bleep), little troll has an opinion again.”
The two went back and forth for a while exchanging words for a short period of time, until Brust tastelessly tweeted:

“I am a psychic and I am channeling his wife’s opinions.”

Oswalt replied in a classy manner, but was clearly upset by the comment saying, “Would’ve happily ignored Tony Brust if he hadn’t sent THIS tweet. But he did and it caught me in a dark moment.”

For the most part, Oswalt’s fans responded fairly respectfully. Many tweeted messages of support for Oswalt, like “I’ve struggled with depression too. Seeing you work through it, and deal with a tragedy while being a great dad is inspiring.” Some, however, took more of an offensive approach, reaching out to Brust’s employer, hoping to have him fired. Reports of whether he was actually fired vary, but Burst’s twitter page has been deleted.

Though Oswalt’s fans handled the situation fairly respectfully, trolls like Brust continue to browse the internet, searching for people and events to exploit. In this day and age, it is often the case that the people with the most passion are the ones that create social change. This is evident in movements like the LGBTQ Equality Movement, which fostered the legalization of gay marriage nearly 90 years after the Society for Human Rights of Chicago became the first gay rights organization in 1924.

While passion can be used to create positive change, it can also be used in a negative manner. This is evident in countless practices across the United States that have become labeled as “normal”. It can be seen in the vandalism of Trump’s Hollywood star on the Walk of Fame, and the bruises on Clinton supporters from angry Trump fans. While the unmistakable divide between Trump and Clinton supporters plays a large role in such indecent acts, the lack of respect for others with diverging opinions fosters an environment that encourages the spread of hatred. It is individuals like Brust that bring about the types of negative change Americans have become used to lately. They are the ones who fight against movements of equality, and the ones who have challenged our morals to question the validity of a rape accusation. They are the ones that declared that gay love is “unnatural”, and they are the people that will continue to steal America’s common decency until citizens decide to take it back.

As Alexis de Tocqueville, a 19th century political thinker and historian, once said, “America is great because America is good, and if America ever ceases to be good, America will cease to be great.” Though the definition of common decency varies by the person, the commonality that can be found in common decency is a part of what makes America good. It is a pillar of our founding fathers hopes for our nation and was a defining trait in the first Americans. As such, it is important to continue to fight to preserve it, for the greatness of America relies solely on the American people. As Patton Oswald said: “Try to be nice. As far as that goes.”