You are at:Home»Featured»IN THE SPOTLIGHT WITH WENDY THOMPSON (VIDEO) – Princess Rym al-Ali of Jordan and Tunisian actress Hend Sabry honored with the Power of Film Award
Tweet 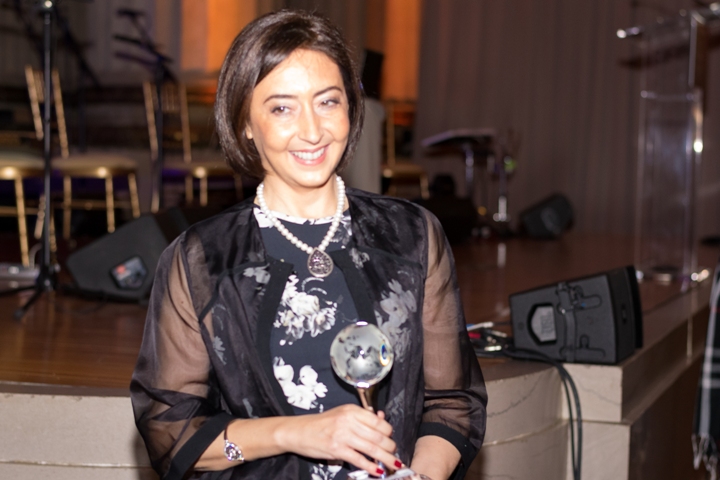 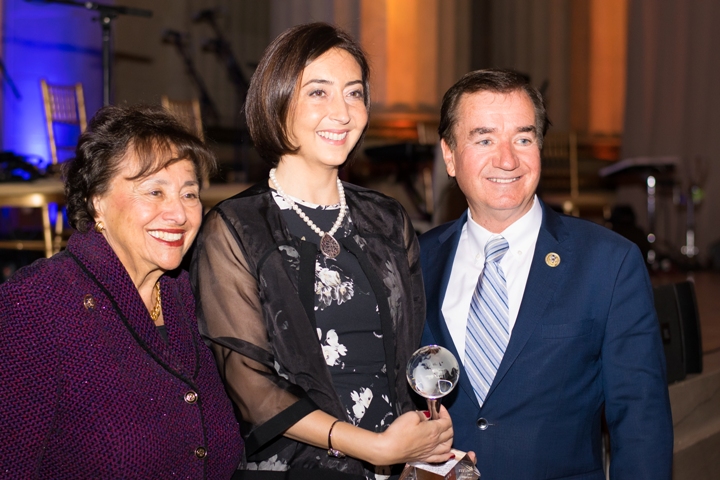 WASHINGTON, DC – On November 7, America Abroad Media (AAM) honored H.R.H. Princess Rym al-Ali of Jordan, journalist and the founder of the Jordan Media Institute (JMI) and Hend Sabry, a renowned Tunisian actress and producer – saluting them for spurring progress in educating the world about their societies and cultures.   The two women have used the power of media and film to shine a light on issues in Middle Eastern countries.  The event also launched AAM’s Hollywood-Middle East Initiative, a new partnership with high-profile actors, producers, directors, and writers, including David Zucker, Game of Thrones and Sopranos director, Jack Bender and Jeff Fahey.  The initiative is working to empower and support local voices and offer narratives that counter voices of extremism in the Middle East.  Congresswoman Nita Lowey and Congressman Ed Royce were among the presenters at the ceremony. 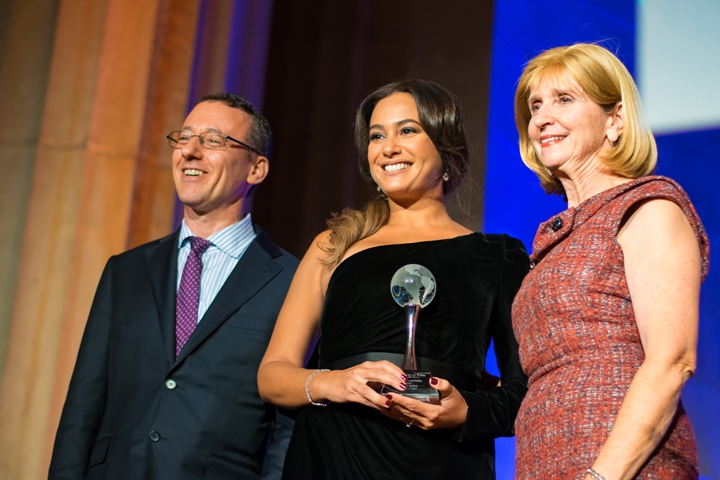 H.R.H. Princess Rym al-Ali of Jordan spoke with DC Spotlight Editor-in-chief Wendy Thompson about the accomplishments of the Jordan Media Institute, which she founded with her husband Prince Ali bin Hussein of Jordan.

Wendy Thompson:    How do you feel winning this award tonight?  This is such an honor and especially considering that you started the Jordan Media Institute for kids [with your husband]and it’s been so successive.  So how does it feel to be honored tonight?

H.R.H Princess Rym al-Ali: I have to say the words you used are very right, because it’s a huge honor and I feel I don’t know how to express my thanks and gratitude.  It’s true, I’ve worked very hard on the Media Institute…We’ve graduated over the years about 190 students — equally male and female — so it’s been a lot of work.  But it means so much to be recognized, because sometimes when you’re in the middle of it… 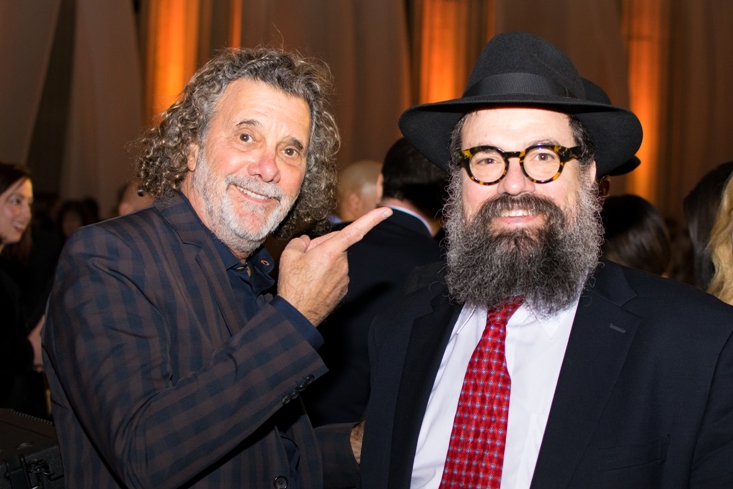 Wendy Thompson:    You don’t realize how important it is and the impact that you’re having.

H.R.H Princess Rym al-Ali:  Yes, but it’s so important nowadays when we need such a thorough understanding of news…It’s about understanding the news about ourselves…

Wendy Thompson:    And about everyone…And how are you educating the whole world about the Muslim community and the Middle East and all of that.

H.R.H Princess Rym al-Ali:  We’re trying to work on that and actually America Abroad Media has been a huge help, because they really understand why this is important.  Why this mutual understanding is important in the world, they’ve helped us a lot with that.  That’s one something I do through the Jordan Media Institute and also through the Royal Film Commission, which my husband established 14 years ago.  I think there’s huge power — I mean the theme of this evening is the power of film.

H.R.H Princess Rym al-Ali:             There is huge power in that, and I think everyone can benefit from know one another.   And of course film — I’m sure you can remember when you were a kid, there must have been a couple of films that inspired you, that stayed with you.

H.R.H Princess Rym al-Ali:   Or that stay with you.  And I think if you can do that, to really help people understand that at the end of the day, we’re all human beings.  We’re all doing our best. 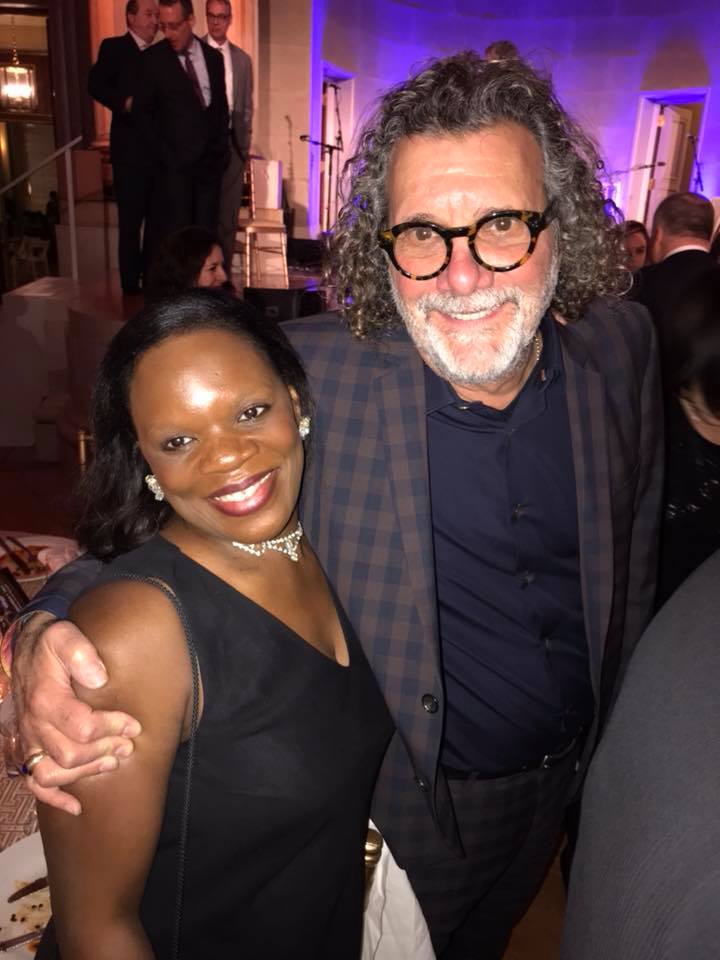 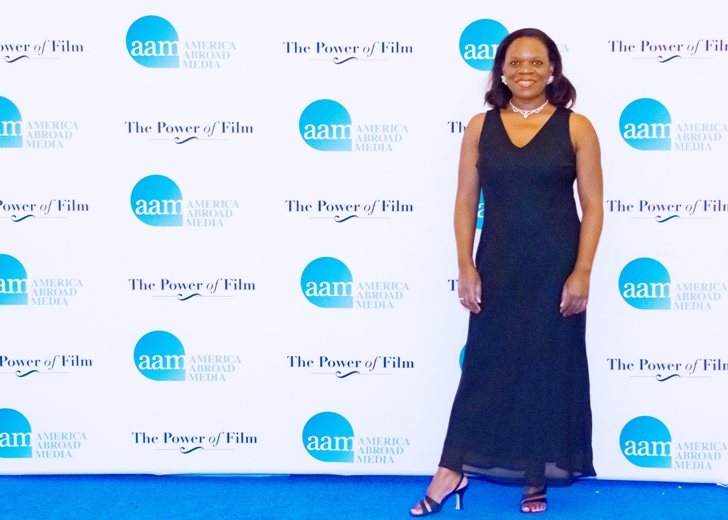 Wendy Thompson:    We’re all in this together.

H.R.H Princess Rym al-Ali:   We’re all in this together, and I think film has that power.  And the media has that power if it’s harnessed properly.

Wendy Thompson:    It really does if it’s harnessed properly, and you’ve done a great job with that.

Note:  Furthermore, Princess Rym al-Ali went on to invite our editor-in-chief, Wendy Thompson, to come to Jordan and visit the Jordan Media Institute to see the work the country is doing to educate the world about Middle eastern culture and furthering peace.  Likewise, she invites others who are interested in building bridges between different cultures, as well as promoting peace, to visit the country for a first-hand look at the school and its work.