You are at:Home»CHECK IN»Check In – Daily News, Weather and Sports Scores – July 5, 2016
Tweet

Proponents of Brexit have looked to the United States for inspiration in claiming their own Independence Day. “If we vote to ‘Leave,’ and take back control, we believe that this Thursday could be our country’s Independence Day!” former London Mayor, Boris Johnson, a leader of the Brexit movement, told an audience of thousands in the days leading up to the June 23 referendum. Nigel Farage, an advocate of the Leave camp, said a day after the vote, “There’s now 183 countries around the world that have independence days. What we did yesterday was become 184th.”

The first actress to play Lois Lane in the “Superman” film series, Noel Neill, has died. Neil passed away of natural causes on Sunday, her biographer, Larry Ward, said. She was 95. Ward said Neill’s personality suited the role of Lois Lane, the reporter at the Daily Planet. “She basically played herself. She was exactly the same person on the screen as off the screen,” Ward said. Neill appeared in the 1948 “Superman” film serial and then in the 1950’s TV show “Adventures of Superman.” She later appeared in other Superman films, including playing the role of Lois Lane’s mother in the 1978 version.

A Metro Transit Police officer fatally shot a person near a northeast Washington Metro station, authorities say. Metro spokeswoman Morgan Dye said a transit officer was involved in a fatal shooting Monday at 11 p.m. near the Deanwood station. Dye did not have any information as to what initiated the shooting and says D.C. police are investigating.

According to Virginia Beach police, a woman died early Tuesday after crashing her pickup truck into a beach bank. Police say the crash occurred in West Virginia Beach. The woman was driving a Dodge Ram when she ran off the road and hit a parked vehicle. She then crashed into the bank. Emergency dispatchers were notified of the incident at 2:53 a.m. The woman was transported to a hospital where she was pronounced dead and she has not yet been identified.

A motions hearing will be held ahead of the fourth Baltimore police officer to go trial for charges stemming from the death of 25-year-old prisoner Freddie Gray whose neck was broken while being transported in the back of a police wagon. The pre-trial motions for the trial of Lt. Brian Rice begin Tuesday. Rice is charged with manslaughter, assault, reckless endangerment and misconduct in office. Two other police officers charged in the case were acquitted, and a third officer’s case was declared a mistrial. Rice is the highest-ranking officer to go to trial in the case. 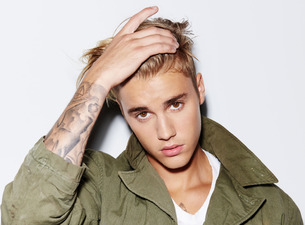 “Trust because you are willing to accept the risk, not because it’s safe or certain.” – Anonymous