You are at:Home»Features»POLITICS – Congresswoman Norton announces support for a Trump impeachment inquiry
Tweet 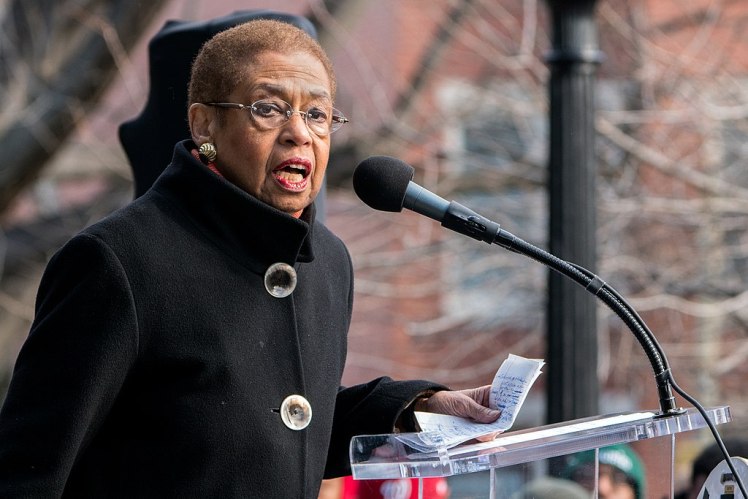 Although Congresswoman Eleanor Holmes Norton (D-DC), the delegate from Washington, D.C., is not a member of the Judiciary Committee, she has had many choice words on whether or not steps should be taken to impeach President Donald Trump. In the past, she asserted that impeachment was unattainable, and would ultimately end with the Senate blocking it. Since the Senate is under Republican control, and impeachment is rare in U.S. government, Norton considered the attempt to be a waste of time. In April of 2019, the Congresswoman confidently stated that to go down an impeachment path “will lead nowhere.”  This harkens back to the House impeachment by Republicans of former President Bill Clinton in 1998, which failed in the Senate.  Currently, the Democrats have led the majority in the House of Representatives over the last two years.

Subsequently, Congresswoman Norton decided on Tuesday to support the impeachment inquiry of President Trump.  Norton’s office delivered a press release affirming that she wanted to move forward with the inquiry, following the testimony of former Special Counsel Robert Mueller. After reviewing the Mueller Report, Norton now believes that “we are virtually mandated to move to the next step.” This next step is an impeachment inquiry. Although the Congresswoman previously thought that impeachment was surely a dead end, Norton’s position has undoubtedly shifted since April.

Over half of House Democrats are now in favor of an impeachment inquiry of President Trump. Many local Democrats in the Washington, D.C. metro area, such as Congressmen Elijah Cummings (D-MD), Jamie Raskin (D-MD), and Anthony Brown (D-MD) have been very vocal about this issue.