You are at:Home»Top 10 People»TOP 10 Most Interesting People 2012»Top 10 (#1) Steve Swenson: WNEW Aims at WTOP in David and Goliath Battle
Tweet 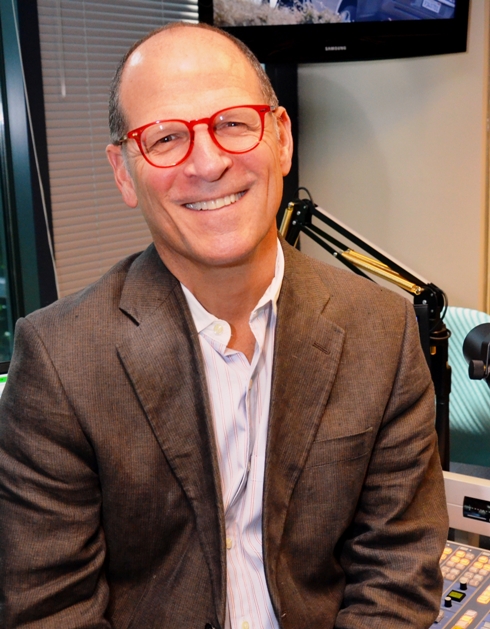 In January 2012, Washington, D.C.’s newest all-news radio station, CBS’s WNEW 99.1, took to the airwaves for the first time, signaling the beginning of a new era in Washington news radio. This was thanks in large part to the hard work and enormous vision of Steve Swenson, the vice president and market manager of CBS Radio in Washington, D.C.  Swenson has undertaken a battle in the DC market that is reminiscent only to the biblical story of David and Goliath.  As the undeterred and fearless David, Swenson, armed with patience and nearly 50 news staffers, has set his sights on conquering the DC metro market.  With his trusted partner, News Director Michelle Komes-Dolge, he has positioned WNEW strategically, and it is now poised to shake up the competition in the capital.

Swenson, a 30-year veteran of news radio, relocated after 13 years in New York City to launch the brand new D.C. area station, which will feature all news, all the time. WNEW gives metro listeners an alternative to WTOP News, the competing station that Swenson headed in the 1990s and nurtured into the most listened-to radio station in Washington. 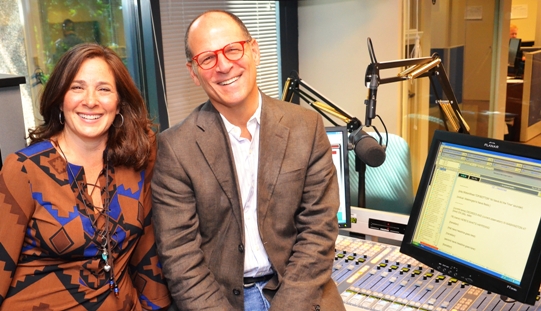 “When I came down [to Washington], I saw WTOP as kind of a monopoly in the market, billing so high in terms of revenue,” said Swenson, “The next radio station in the market was so far behind it that I felt that gap was an opportunity for us to come in and start another all-news station and be successful.”

Like any project that starts from scratch, however, there were growing pains for the newly-established radio station.

“It normally takes approximately 14 to 16 months to build the actual radio station, and we tried to do it in two months,” admitted Swenson. “In order to do it, we built [the station]in the former office space of Pitney Bowes and so it was a mad race to get equipment, get it installed in time to have the staff train on it.  Plus, in two months, we had to hire 45 news people and so [News Director] Michelle [Komes-Dolge] and Rob [Sanchez], our program director, had to do an incredible number of interviews in two months in order to get them.”

Swenson also called on the support of CBS’s five Washington radio stations to provide advertisement for WNEW and the most important component for any growing station:  listeners.

“We started early on by using the power of our other radio stations,” said Swenson. “Having five other radio stations talking to over two million people a week … gives us access to listeners. So we’re talking to people who are already listening to the radio. It’s like point of purchase. You’re there and you hear there is this new news station on 99.1. You can do something about it right then and there. That, to me, has been the most effective way of [getting listeners].”

Another obstacle for the young station is earning listeners in a market dominated by WTOP News, the most-listened-to news radio station in Washington. According to Swenson, there will always be a battle between the rival stations for listeners, but he does not believe that the emergence of WNEW has triggered an all-out war on the airwaves.

“We have a much smaller audience than WTOP right now, because we’re a brand new baby, but the audience that we’ve seen that we have so far is very, very diverse,” said Swenson. “WTOP, like most all-news radio stations around the country, has an audience that’s pretty homogenous; our audience is very different than that. We have a much larger ethnic audience than your typical all-news station does. And we have a much younger audience. So it’s not that we’re growing at the expense of WTOP—in other words, taking away from WTOP—we’re actually growing a kind of a new audience for news.”

Swenson, who acted as vice president and general manager of CBS’s two all-news radio stations in New York—WCBS 880 and 1010 WINS—pointed to both stations as evidence of the success that he expects WNEW to have in Washington.

Swenson also was part of the team that elected to launch the new station in the beginning of the presidential election year in order to reach the most listeners and produce the top stories. Since WNEW requires nearly 50 people to effectively report the news, starting the station in 2012 made the most logical sense—specifically from a financial standpoint—both to support the station’s many journalists and to provide them with the proper resources to broadcast the news.

“There is no other radio format that you put on the air that costs as much as an all-news radio station,” said Swenson. “You don’t come close to that at a musical radio station. Running an all-news radio station requires the ability to support it financially. The beginning of a presidential election is a great opportunity, especially [for]news, to get access to a significant amount of revenue, whether it’s issue advertising, the candidates, or all the other groups [or]PACs that surround candidates that spend money. We felt very strongly, if we’re going to start, this is the year to do it.

“I’ve always believed that the way you’re successful is deciding what you’re going to be and then spending all your time making sure that’s what you are,” added Swenson. “All of us have been really focused on that and making the product as good as we feel it can be.”