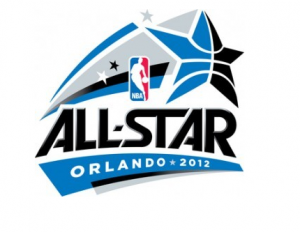 In general, All-Star Games are not the most exciting event in professional sports. In some cases, there’s even a strong argument they should be nixed completely (two words: Pro Bowl).  But the NBA is one of the better – if not the best – when it comes to All-Star Games.

In the NBA, an entire weekend is dedicated to the All-Star festivities. The Celebrity All-Star Game that kicks it off is always fun, while the Rising Stars Challenge (previously the Rookie Challenge) puts young talent on display.  John Wall represented Washington, participating in both the Rising Stars Challenge Friday night and Skills Challenges on Saturday. While he didn’t get much play time in the Rising Stars Challenge, he made sure the time he did have, counted. He wowed the crowd with impressive dunks and finished with 17 points, eight assists, six rebounds and two blocked shots. In the Skills Challenge, he improved on last year’s fifth place, but only slightly — finishing fourth, behind Tony Parker, Rajon Rondo and Deron Williams, respectively.

Despite a broken nose sustained during a foul, Kobe Bryant stayed in the game and helped lead the West to a 152-149 win, scoring 27 points. Unlike some All-Star games, the competition seemed real, with superstars like Bryant trying to outshoot and outscore such East coast rivals as LeBron James and Dwayne Wade. While James and the East were able to cut a 21-point deficit to just one in the final seconds, it proved futile as James’ final pass of the game was intercepted by rising star Blake Griffin.

While Bryant’s 27 points moved him past Michael Jordan as the career scoring leader in the All-Star Game, it was Oklahoma City forward Kevin Durant who took home the MVP.  Durant had 36 points in his MVP appearance and noted afterwards, “It was fun. That’s the type of All-Star Game you want to see.”

After a three game slide, the Caps bounced back with a 4-1 win against the Montreal Canadiens on Friday night. It was their first win in a week, as they outshot the Panthers 2-0. They are still in third place behind Florida and Winnipeg and need to turn things around if they hope to get into the playoffs.

Their latest win — 4-2 over the Maple Leafs on the road- – couldn’t have come at a better time. It was their last game before a five home game run and put kept them as contenders in the Eastern Conference playoff race. The Caps had a strong start, leading 2-0 after the first period, and extending it to 4-0 thanks to key plays by a healthy Ovechkin (He missed the previous game due to a lower body injury.). The Maple Leafs attempted a comeback in the third period, but fell short, as goals by Colby Armstrong and Tim Connolly weren’t enough to overcome their early game deficit.

Obviously, management has faith that their team can turn things around.  The Capitals surprised everyone by making zero trades before the deadline Monday afternoon. General manager George McPhee told reporters they shopped around, but didn’t find anything they “thought would make them better.” At ninth place in the Eastern Division and 20 games to play, here’s hoping he’s right. Thankfully, the Caps have their next five games at home; their record at Verizon Center this season is 20-8-2, compared to 11-18-3 on the road.