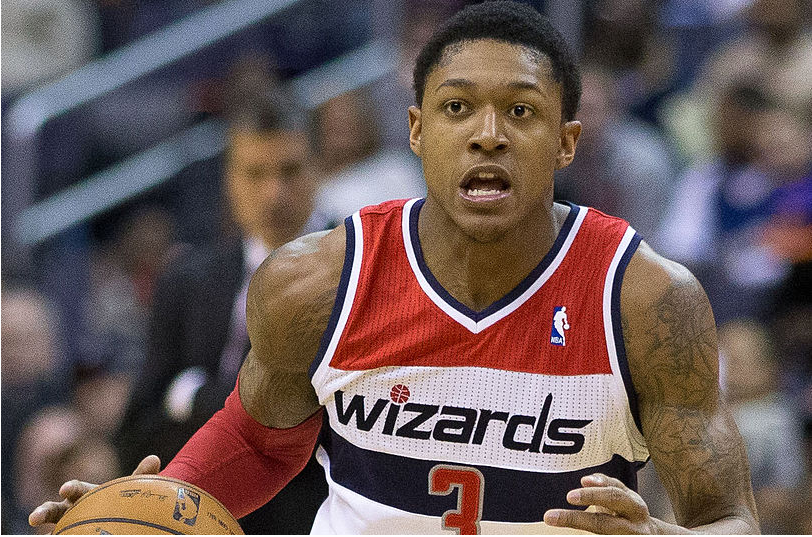 With the city still blanketed in snow and the stadium half full, the Washington Wizards hosted the Boston Celtics on Monday night, two days after their match-up against the Jazz was postponed due to blizzard conditions.

Washington was 4-2 over their last six games heading into Monday’s game, their most recent win a decisive 106-87 victory over the Miami Heat last Wednesday. Unfortunately, the time off did little to help the Wizards who struggled against an explosive Boston offense. Celtic guard Isaiah Thomas lit Washington up for 23 points, while the Wizards lead scorer, Otto Porter Jr., managed just 15.

Though the game ended in a blowout, the Wizards kept it close during the first half, which saw 14 lead changes. After two quarters Boston led by just four points, 53-49. But after scoring 29 points in the second quarter, the Wizards fell apart, getting outscored by the Celtics 63-42 after the break.

“It’s an embarrassing loss,” said forward Jared Dudley who matched Porter with 15. “I think guys have got to start looking at themselves in the mirror. I know we’re trying to do everything the right way. Guys are playing hard, you’re not questioning them like that, but overall we have to take it up another notch. And to lose that type of game with three, four days off, I think it’s unacceptable.”

Ramon Sessions added 12 points for the Wizards, while Marcin Gortat had 10 and John Wall and Nene scored just 8 apiece. Wall’s poor performance was a far cry from the 36-point offensive outburst he had the last time he faced the Celtics. But he just couldn’t overcome the dominant Boston defense that was focused on limiting his impact.

“We just tried to wear him down, try to cut the head off the snake early,” Boston Celtic Marcus Smart said. “He’s the one that gets them going in transition, pushing the ball with his speed and his creating ability. We just tried to limit that and make the other guys beat us from outside.”

In the end, their tactic worked, with the Wizards falling to the Celtics 116-91. With the loss, Washington is now 20-22, still below .500. They will look to improve their record when they host the Raptors on Tuesday night. Though the roads in DC are far from cleared, the improved travel conditions may mean they will get to play in front of a fuller house.

But while their may be more fans in the stands, the Wizards will take the court missing a familiar face–guard Bradley Beal. After scoring just four points on Monday, Beal left the game after getting hit in the face by Marcus Smart.

Smart’s forearm hit Beal in the face midway through the second quarter, and the Washington guard did not return for the remainder of the game. On Tuesday the team announced that Beal sustained a concussion in the hit, as well as a broken nose. His status is listed as day-to-day as he undergoes mandated concussion protocol and treatment for his nose.

The standout guard is one of Washington’s best players, averaging 18.5 points per game. Losing him for an extended period of time would be unwelcome news for Washington, who is struggling to remain competitive so far this season. For now, the severity of his condition–as well as his possible return–are undetermined.