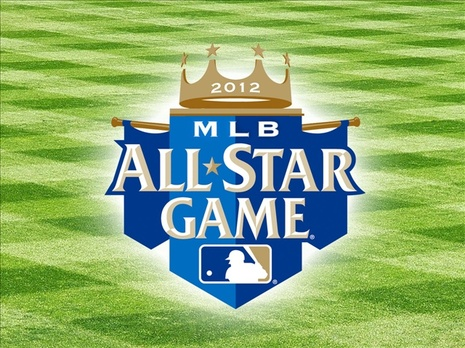 It was a surprise miss for the AL’s starting pitcher Justin Verlander, who won the 2011 Cy Young Award and went into the All-Star Break leading the leagues in innings pitched (132-2/3), strikeouts (128) and complete games (5). Verlander’s fastball was clocked at around 100mph, but the impressive heat wasn’t impressive for long.

Melky Cabrera and Pablo Sandoval, both San Francisco Giants, led the NL to an early lead. Sandoval, better known as “Kung Fu Panda” to his fans, hit the first bases-loaded triple in All-Star history, while Cabrera singled and scored the first run. Combined with a two-run homer in the fourth, he took home the MVP honor.

Matt Cain was the winning pitcher, allowing one hit in two innings. He was followed by 10 relievers, including Washington’s own Stephen Strasburg and Gio Gonzalez. Jonathan Papelbon of the Phillies got the last out of the night.

Other highlights for the NL included a single by Chipper Jones in his final All-Star Game (Jones, 40, is retiring at the end of this season). Ryan Braun, last year’s NL MVP, gave a true all-star performance and played the field well with a double and a triple at the plate.

D.C. favorite Bryce Harper had a less stellar outing, with a walk, strikeout and missed catch. While he let a fly ball drop for a single, he made up for it by catching a bases-loaded fly ball to end the inning and keep the AL scoreless.

Tuesday night’s 8-0 shutout was the first in 16 years and only the eighth in All-Star Game history.

Home field advantage in the Fall Classic has proven beneficial for NL teams the past two years, most recently for the St. Louis Cardinals last October. If the Nationals can stay on top during the second half of the season, there’s a real possibility the World Series could be coming to town.