You are at:Home»Opinions»Obituary - In Remembrance»Julian Bond, longtime civil rights and voters rights leader, dead at 75
Tweet 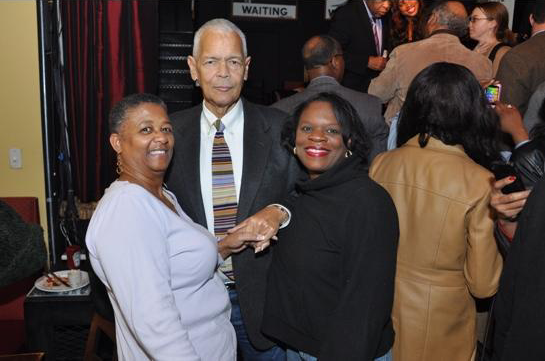 Julian Bond, NAACP board chairman and longtime civil rights leader and activist, has died in Fort Walton Beach, Florida after a short illness.

Bond, in 1960, after attending Morehouse College, helped found the SNCC (Southern Non-violent Coordinating Committee) along with such civil rights visionaries as Georgia Congressman John Lewis, former Washington, D.C. mayor Marion Barry and H. &Rap& Brown.  SNCC was one of the organizations that helped organize the 1963 March on Washington for Jobs and Freedom and the famous sit-ins in the South at racially segregated lunch counters.  In addition to sitting in at lunch counters, the SNCC also organized and carried out protests at segregated White public libraries, public parks, public swimming pools, and movie theaters.

After the passage of the Civil Rights Act of 1965, Bond was elected to the Georgia House of Representatives and later served 6 terms in the Georgia Senate.  He then ran for the U. S. House ofRepresentative seat in 1987 against Congressman Lewis and lost.  Lewis remains in that House seat currently.

In 1998, Bond was elected as chairman of the NAACP and remained until the organization’s 100th anniversary, when he resigned in 2010.  He had been an outspoken supporter of gay and lesbian rights and same-sex marriage, boycotting the funeral of longtime friend Coretta Scott King, after her funeral was scheduled to be held in an anti-gay megachurch.  King had been a supporter of gay rights.

Bond had been a professor at Harvard, Drexel, American University in Washington, D.C. and the University of Virginia in Charlottesville, VA.