You are at:Home»Opinions»Letters to the Editor»Harriet Tubman in the National Statuary Hall
Tweet 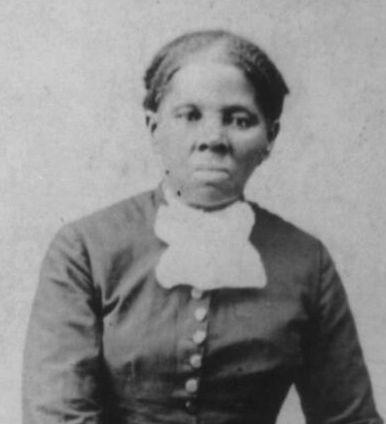 Letter to the Editor

HB455/SB351, a proposal to erect a statue of Harriet Tubman in the National Statuary Hall collection will be considered in hearings on Wednesday, Feb. 23, 2011. The bill was sponsored by Del. Susan Lee and Sen. Catherine Pugh. Grassroots support has been growing throughout the state to honor this shining star in the constellation of Maryland greats. However, some state legislators seem to be stuck in the 1700s, where women and minorities had their place, but not a place of honor.

Senate President Mike Miller has been quoted as advocating a “a special category… in Statuary Hall for women and blacks”, who were not considered when states first were invited to contribute statues in 1864. The suggestion that Congress should set up a “separate but unequal” collection, which would honor women and minorities, smacks of the racism and sexism that the National Organization for Women has fought from its inception – almost half a century ago. This attitude reflects the ongoing marginalizing of whole segments of U.S. citizens.

The knee-jerk reaction to an observation that 1) Congress enacted legislation allowing states to replace the statues representing them, and 2) that Harriet Tubman would be a stellar example of a nationally renowned Maryland hero, equates our proposal with visions of the tearing down of the Statue of Liberty. Opponents defend selections of Colonial Maryland political figures in the very early 1900s — selections prior to women’s right to vote for the legislative decisionmakers, granted in 1920, and significantly prior to the Voting Rights Act, enforcing the legal right for ethnic minorities to vote, passed in 1965. The statue of John Hanson has been in the collection since 1903 – over a century, thus significantly longer than the 10 years required under the federal legislation.

Maryland NOW and Equal Visibility Everywhere [EVE] respect the contributions of John Hanson, and accordingly proposed that his statue should be brought back to the State Capitol as part of the transition, where it would be enjoyed by Marylanders, who know his history. But statements by several legislators have been defensive to the point of outrageous. Sen. Miller has been quoted that the legal effort to change an official statue, provided for by federal statute is “insane”,

There is a reason that Congress passed the legislation in 2000 allowing states to change out their statues: Many states chose their representative statues soon after 1864 – the inception of the collection – or soon after statehood. Almost half – 47 – installed their statues prior to women’s voting rights, and over 80% were installed prior to the civil rights and women’s rights movements of the 1960s. Thus, the collection is not representative of the diversity of the U.S. Nor is it representative of more recent contributions by its citizens.

Since the federal legislation, three states have installed replacement statues,and more state legislatures have voted for additional changes. Kansas has voted out both of its initial choices, and a statue of Amelia Earhart is now in the fundraising stage there.

Our legislation proposing the Harriet Tubman statue commemorates a Maryland native who is nationally known, not just for her work with the Underground Railroad, but throughout her entire adult life, working for freedom and literacy for African Americans, establishing hospitals, and working for women’s suffrage. Girls and boys visiting the U.S. Capitol would benefit from the lesson that women and ethnic minorities significantly contributed to America’s greatness.

Contrary to its opponents, the legislation is not an attack on John Hanson. It is merely an effort to honor someone more recent, whose exploits are nationally known and who would lend a bit of diversity to the national collection.