You are at:Home»Opinions»Last Words - Wendy Thompson»LAST WORDS: My Goodbye to Oprah
Tweet 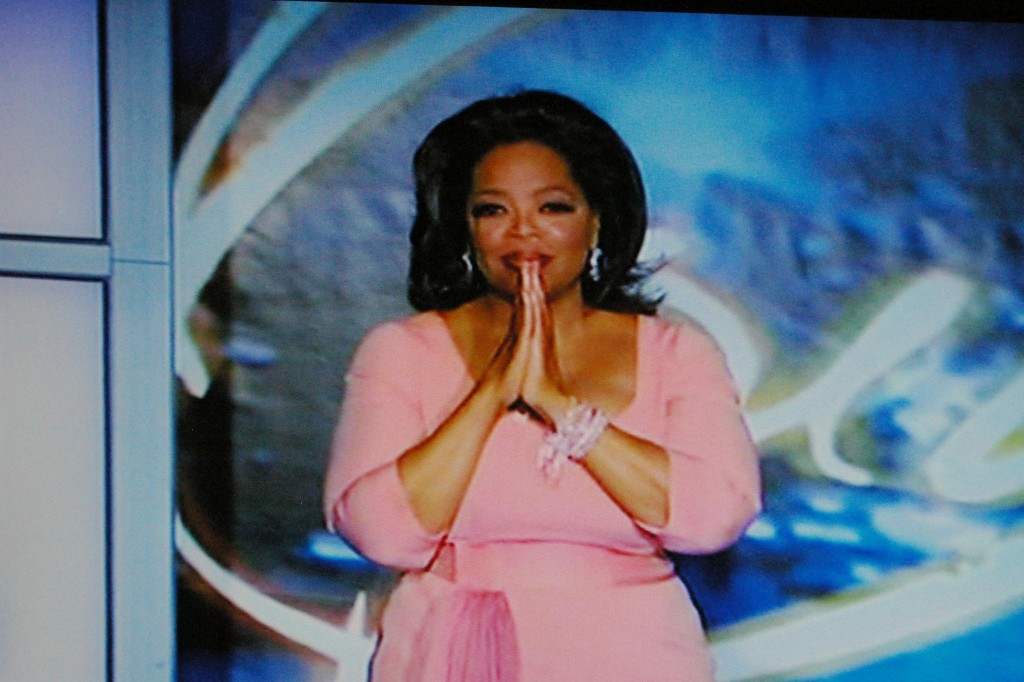 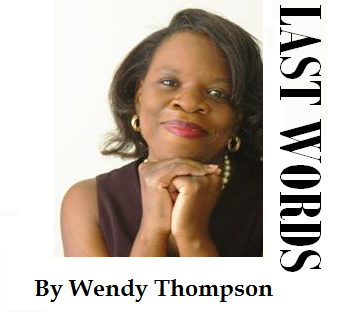 Today is a day I never imagined would come so soon, but with much fanfare and many tears, it has.  Today, after 25 years of service to a world of viewers, Oprah Winfrey aired her final “Oprah Winfrey Show”.  Writing these “Last Words” on a show that literally helped create my adult life and utterly inspired my childhood is difficult.

25 years ago, I was 16 years old and living the life of a southern girl in Mississippi when the “Oprah Winfrey Show” was just beginning in Chicago.  I was in the 11th grade, spending a great deal of time trying to figure out this thing called “life” and working through a lot of teenage issues.  I remember, as clear as if it were yesterday, the first day Oprah entered into my life.  My mother, who was a nanny for a wealthy white family in our town, was putting the baby down for a nap, when the baby’s mother came running into the room.  “Bettie, come quick.  Come quick!”  You’ve got to see this lady.  Her name is Oprah Winfrey, and she’s black.”  My mother’s boss was white and wealthy, but even she could relate to Oprah.  In 1986 in Mississippi, that was an enormous achievement, and I took notice.  In all of the commotion, I ran into the room not knowing what to expect, but there she was, the woman who would change my life. At 16, I saw Oprah and it was like I was looking at myself.  Her spirit, her compassion for the world and her unselfish heart reminded me of myself.  She was naïve enough to believe she could change hearts and minds. Each day since that day, I’ve been amazed at how much she has changed the world…and me.

So, how do you thank someone you’ve never met, but who has taken your life from 0 to 100 by their sure presence?  How do I say thank you to you, Oprah?  Very simply, I will say it with my life.

I will live each day with gratitude, doling out love to my friends and family, care to those without friend or family, empathy to those who are poor and in pain, favor to the industrious, insight to those lacking wisdom and compassion to the ill and less fortunate.  I will use my life as an example of kindness to bring light to a dim world and teach everyone whose path intersects with mine that love is the only answer.  When all else fails, try love.  I will take the lessons you have taught me and remember that “luck is when opportunity meets preparation” and nothing more.  Oprah, you had the answers.  “Lead from your heart,” you would say.  “Like Glinda the Good Witch would say, ‘You’ve always had it,’” you reminded me.  “When someone shows you who they are, believe them…the first time,” was your greatest advice to me with a little help from Maya Angelou.  Most of all, I will dream big, because I remember your prophetic words: “God can dream a bigger dream for us than we ever could,” and for me he has.

At 16, I never had the desire to work in television or broadcasting.  I abhorred fame and all its trappings.  I wanted to be a lowly social worker and adopt kids.  In 1991, having devoted 5 years to volunteering with United Way, I began working on a degree in accounting.  While working at a store to put myself through college, a co-worker told me about a job rewinding tapes at PBS.  I ignored her suggestion until a sweltering 100 degree hot summer day in 1991 changed my mind.  I had sold and lifted bags of dog food all day and was fed up.  I drove home in my beat up old orange Toyota Camry with no air conditioner or radio and a hole in the back floor.  I swore I would not be returning to that store.  I remembered my friend’s suggestion about the job at PBS and attempted to call the station.  I was lying on the floor watching the “Oprah Winfrey Show” and Oprah was telling viewers to dream big and put action behind your dreams.  I was thumbing through the Yellow Pages when I made the decision that day in that moment that I had seen my last day as a cashier.  In the Yellow Pages, the PBS telephone number was listed above the FOX television station listing.  I dialed a number, but it wasn’t PBS.  I accidentally dialed FOX.

I asked about the job “having to do with tapes” as I put it, and the manager asked how I learned about the job.  I replied that my friend Sherry was hired at the station, but the manager said they had no employee named Sherry.  I insisted that my friend was indeed working at PBS.  The manager replied, “But this is not PBS.  You’ve dialed FOX.”  He told me that there was indeed a job opening in master control dealing with tapes and if I came down within the hour, he would interview me personally.  I finished watching Oprah, got dressed and went to the station.  He hired me on the spot with no experience.  Within 6 months I was hosting my own talk show.  The manager later confided that the night before I called, top level managers had met and decided to open up that position and fire the employee in that job.  No one knew about the position except the managers.  So, he was very suspicious when I called inquiring about the position no one knew about.  On the phone that day, I mentioned that my friend Sherry had told me about the position.  The woman they fired was named Sherri.  To this day, managers at FOX are convinced  that I had an inside scoop, but the only insider that day was God, sitting in that boardroom the night before and directing me the next day as I fumbled through the Yellow Pages while watching Oprah.

I started in television at age 21 and continued working in radio and now newspapers.  Over 20 years have passed, and I’m still learning about life.  What do I know for sure, as Oprah would ask?  I know with all the fiber of my being that if I had not seen that woman on television — that average black woman, born not far from my hometown in Kosciusko, Mississippi – I would not be where I am today.  Oprah made the difference in my life.  She taught me to “bloom where you’re planted and soar.”  Like Oprah, I moved from the South to Maryland to work in television. Growing up in Mississippi, I never dreamt I’d be living in the Washington, DC metro area with my own DC newspaper today.

In January of this year, I attended the funeral of Sargent Shriver, a man I honor and truly admired.  Oprah was at that funeral also, sitting within eyeshot of me.  During the ceremony, I looked over at her and she looked at me.  (She couldn’t miss me; in a sea of mourners wearing black, I was the only person wearing white…before Labor Day.)  I wanted to go up and speak after the funeral and tell her how much she had altered the course of my life, but it was Sarge’s moment and it didn’t seem appropriate.  My Oprah moment will come, and when it does, it will be the right moment.

My friends have often teased me for years, stating that Oprah is my “momma”.  Others refer to me as “little Oprah”.  It’s a compliment I relish.  I only hope to live up to the dreams she has for me and all of the other hearts and minds she has touched:  to live my best life.

So when I think of all the people she has interviewed and talked to: from Michael (Jackson) to Mandela; from Tina (Turner) to Travolta; from Streisand to Seinfeld; from Bush to Obama, she’s talked to them all.  But what I will remember most of all is that she talked to me…everyday, like a close friend.  She told me the truth like no other friend would, so I trusted her.

What will I miss most about the “Oprah Winfrey Show”?  I’ll miss Oprah.  When I look back and remember this day, June 25, 2011, I will remember an average woman, a little overweight and black and I’ll think, “There was nothing average about Oprah Winfrey. She changed my world.  She changed THE world.”  And I will tell my grandchildren about an average woman who made the difference in my life.  For years, I will tell stories.  For years, I will remember.

Join Oprah’s great new adventure on her new cable network OWN and at Oprah.com.  Call your cable company for channel and schedule information.