You are at:Home»Newsmakers and Issues»Police shoot woman at the Capitol after chase from White House
Tweet 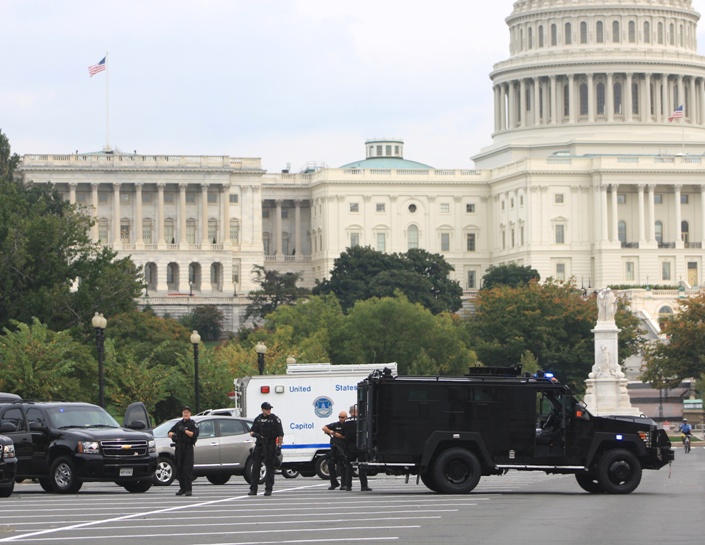 Two weeks after the deadly Navy Yard shooting, police gun down a crazed driver on Capitol Hill on Thursday.  The suspect was a woman, Miriam Carey, a 34-year-old from Stamford, Connecticut, driving a black Infiniti with her one-year-old child in the back seat.  Tourists looked on from Constitution Avenue as the chase and shooting took place. 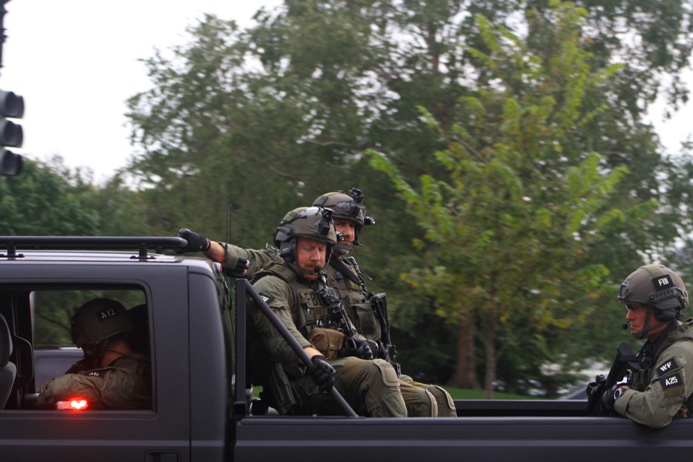 The police chase began earlier at the White House when the woman tried to drive through a barricade out front, flipping a Secret Service agent onto the hood of her car in the process.  She then sped off towards to the Capitol.

As the driver reached a fountain in front of the Capitol building, she circled it, slowed as police drove up and then sped away again.

Onlooker Matthew Coursen was en route to his legislative office building when the driver raced by his taxi cab.

“I thought to myself, `The car is getting blocked in. The car is going to surrender,”‘ he said. “Now the cop has his weapon out. The car kept trying to get away. Then he fired shots.”

Photographer for the D.C. Spotlight newspaper, Roshan Ghimire, was coincidentally on the scene near the Capitol working on an unrelated project at the height of the chase. 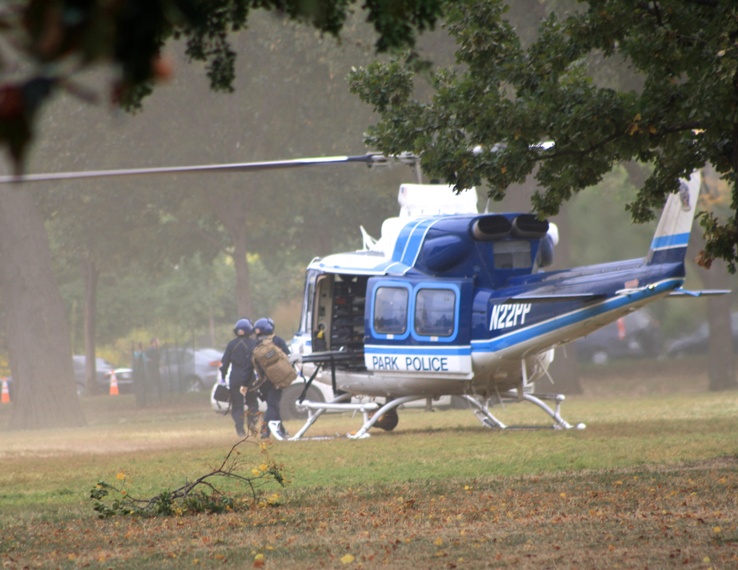 “It h appened right in front of my eyes.  I wish I had had the camera in my hands, but I didn’t have time to reach for it as it was happening.  The whole thing seemed like only a 30 second time-frame,” he said.  “All of sudden, I heard sirens and then 10 or 11 quick shots fired.  Her car went spinning towards Union Station and then she reversed and I heard more shots.”

During the chaos Congress was in chambers discussing legislation in regards to partially lifting the shutdown.  They immediately went into recess.

According to Senate Sergeant-at-Arms Terrance Gainer, the child in the backseat was taken to the hospital with no reported injuries.  A police officer, however, did experience non-life threatening injuries during the traffic frenzy.

The White House and the rest of the complex were put on lock-down and streets in close proximity to the incident were blocked off to pedestrians.

On-duty officers that responded in the Capitol plaza were working without pay due to the shutdown.  Sources close to Carey report that she was suffering from postpartum depression after giving birth to her child.  Her former employer also reports that Carey had been fired in August from his dental office.