March 28, 2011
Wendy Thompson
Editor-in-Chief
In Case You Missed It 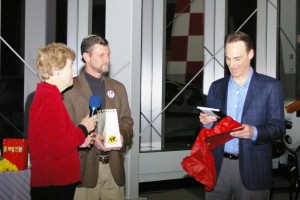 Berwyn Heights Mayor Cheye Calvo turns 40 today, but it was on Saturday night that he chose to celebrate with his friends and family.  His birthday bash was held at the College Park Aviation Museum with a backdrop of large model airplanes dangling from the ceiling.  Calvo was flanked by his wife, Trinity and other local political officials, including Maryland State Senator Jennie Forehand, who toasted and, occasionally, roasted Calvo.  Forehand presented him with a gag gift book titled “Everything I know about politics.”  The book was empty.  Forehand later remarked that she could joke about Calvo’s knowledge, because in reality the mayor is “unbelievably wise beyond his years.” 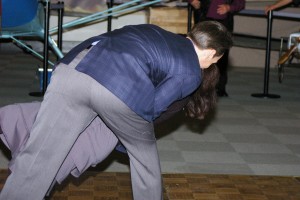 Calvo reminisced on his last momentous birthday at age 30, when the only gift he wanted was for a certain young woman to come to a local pub and celebrate with him.  The young lady never showed up that night, but 10 years later, he is elated that she did marry him.  Calvo remarked, “You never know how life is going to turn out.”  After several toasts to the birthday boy, Calvo and his wife gave a ceremonial first dance.  He got a bit caught up in the moment and dipped his wife to the laughter and applause of onlookers.  The couple then invited attendees onto the dance floor where they partied into the night. 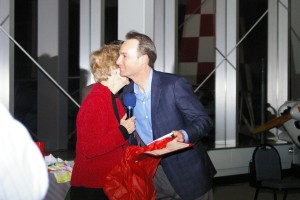 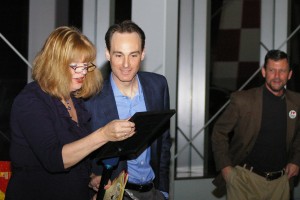 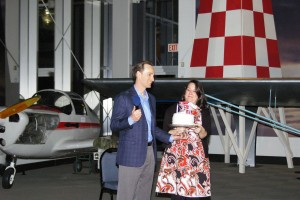 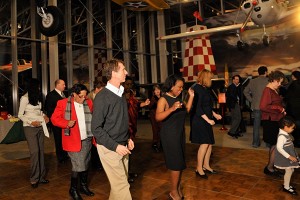 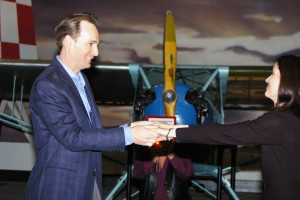 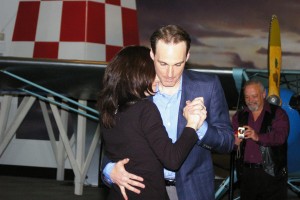 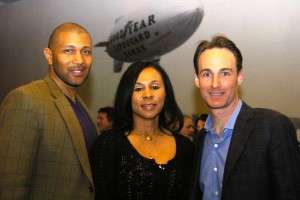 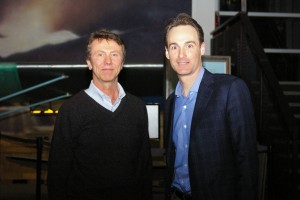