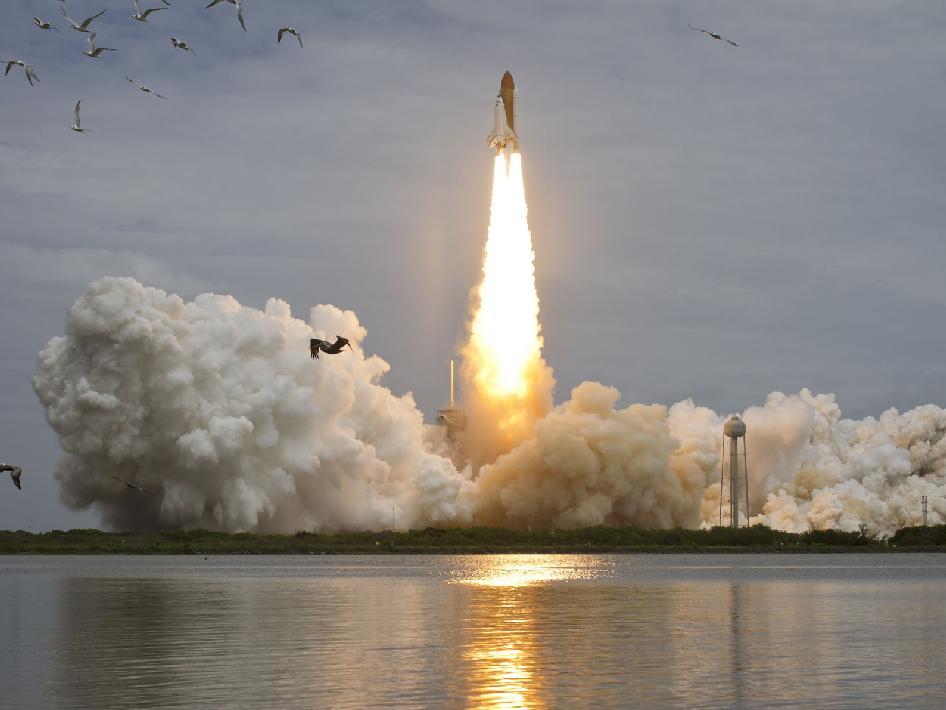 July 8, 2011
Jordan Schatz
Reporter/News Writer
In Case You Missed It

CAPE CANAVERAL – Space shuttle Atlantis lifted off Friday despite several obstacles, much to the jubilation of an overflow crowd on hand at Goddard Space Flight Center to witness the final mission of the 30 year space shuttle program. The threat of inclement weather and a technical failure scare with 30 seconds left in the countdown was not enough to keep Atlantis from launching into space on a flight to deliver supplies to the International Space Station.

The crew of STS-135, made up of veteran astronauts Christopher Ferguson, Doug Hurley, Sandy Magnus and Rex Walheim, are the final astronauts of a program that spanned 135 missions, sent nearly four hundred astronauts into space and witnessed the disasters of space shuttles Challenger and Columbia.

“It’s a bittersweet day,” said Mike Weiss, the program project manager for exploration systems projects at Goddard. “There are certain things that are burned in your mind and now this is one of those.”  Said Weiss, “What the future holds is new capabilities and we are going to look forward to that and apply what we learned in the shuttle program to go to different places in the solar system.”