You are at:Home»In the Spotlight w/ Wendy Thompson»Top 10 List of the Most Interesting People – Taylor Williams: Graduating from high school, college and life 101 in one week
Tweet 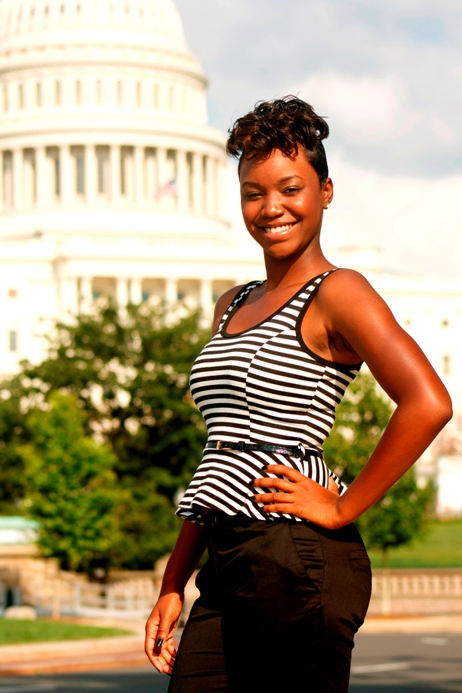 If my family’s not successful, I’m not successful. You can’t outshine your family. If I’m at the top of my game…and all two of my girls are getting Ds and Fs, I can’t carry that reputation of a network engineer professionally, because my family’s suffering. I can only go as far as my family can go.
— Tommy Williams, Taylor’s father

We stepped it up. We didn’t give up. We just did better, harder. If we didn’t stay up that night, then we got up that morning, or we’d study in the car.
— Earlene Williams, Taylor’s mother

On the surface, seventeen-year-old Taylor Williams may appear to be an ordinary African-American high school student growing up in Maryland. She enjoys going out with friends, attending sporting events, and participating in school dances. However, this June, she became the first student to graduate and receive her high school diploma and associates degree in the same week, from Baltimore Polytechnic Institute and Baltimore City Community College, respectively.

At the age of fourteen, Taylor learned about the program – put in place by President Barack Obama – which allows students to attend high school and college simultaneously. Taylor was getting her biology credit at the community college – credit missed while transferring from her old high school. Learning that no one had completed the program, Taylor saw an opportunity to distinguish herself from her fellow high school students. In June, all of her hard work paid off, as she made history, becoming the first person ever to complete the program simultaneously. 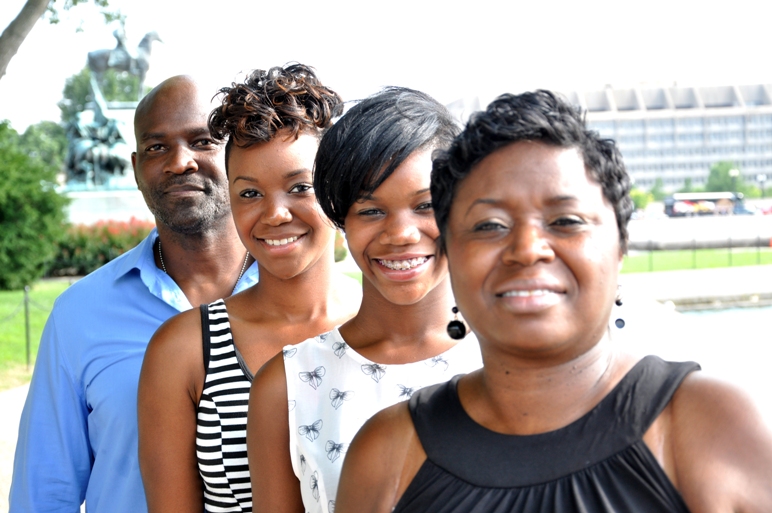 Seated with her mother, Earlene, her father, Tommy and her fifteen-year-old sister Kayla, Taylor speaks excitedly about attending the University of Maryland, College Park in the fall. With more academic experience than most students her age already under her belt, she is moving to the next chapter of her life. When asked what conditions allowed her to achieve this remarkable goal, Taylor credits her family, teachers, and administrators for providing the support necessary to fulfill her ambitions.

The role both her parents played in her accomplishment is clear: both parents are motivated and successful engineers who take active involvement in their daughters’ scholastic efforts. “I tell both my daughters that in order to make it and to be successful…you have to go above the norm, and when you try to go above the norm, you’re taking one step or two steps extra,” said Taylor’s father. “So just by striving to do something extra, it makes a statement, and people 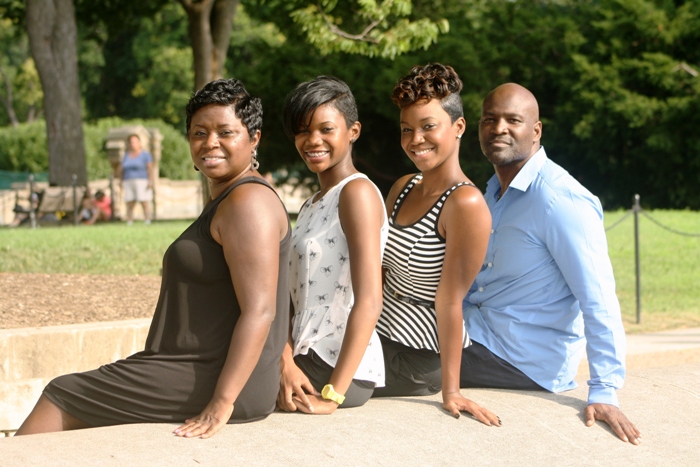 acknowledge those types of people.”

Not only did Taylor’s parents support her by driving her to and from classes, but Tommy decided that as long as he was there in the class, he might as well learn also. So he enrolled in her first college biology class with her. “What I like… is that it shows parents that you can still learn. There is still room to learn. You’re never too old to learn. So I actually got a lot out of that biology class. I was able to take the exam, and it showed me [that]I still have it. I think other parents should do the same thing with their kids. And fathers, sit in the classroom with [your]sons. Take that first class; you can always learn something. I hope that was a good example to show other parents that you don’t just have to send your kid to school to learn. You can always sign up nowadays for a class and learn also.” Taylor’s mother and father’s involvement in their 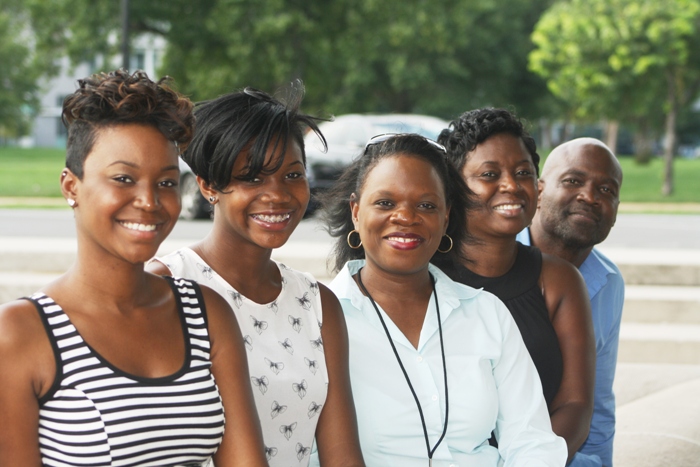 daughters’ education is not only inspiring, but also evident that they made an enormous impact on their kids by being the example, instead of just speaking it. “We’re not unique,” said Taylor’s mother. “Our parents did the same thing, as far as being in our classes and helping us to understand something. My father sat in my seventh grade algebra class, until I got it.”

Both Taylor and Kayla display a remarkable amount of drive for young women their ages, in addition to an awareness of where they are headed and the steps that will get them there. While Kayla has decided not to pursue the same associate degree track as her sister, she is currently interning for Northtrop-Grumman, and will receive a scholarship at the end of her program. “My sister and I talk a lot,” said Taylor. “We both have goals of where we want to be when we’re twenty-five, maybe twenty-two, and we both want different things. We knew that at this step in our life, going from middle school to high school. Those are the little steps that we take to get to wherever we want to be when we’re twenty-five… And having that mindset, I knew that doing the community classes would definitely set me apart. Her doing her internship is setting her apart, and that’s going to get us to that point.”

The magnitude of motivation and energy shared by all four members of the Williams family has allowed them to succeed as a unit, as a family. They are laudable as the family other families want to become. When asked how they dealt with the inevitable moments of fatigue, Taylor’s mother answered, “We stepped it up. We didn’t give up. We just did better, harder. If we didn’t stay up that night, then we got up that morning, or we’d study in the car.”

Tommy added, “If my family’s not successful, I’m not successful. You can’t outshine your family. If I’m at the top of my game… and all two of my girls are getting Ds and Es, I can’t carry that reputation of a network engineer professionally, because my family’s suffering. I can only go as far as my family can go.”

He noted that often straight A high school students flounder after transferring to college, a pitfall he believes Taylor’s unique experience has prepared her to avoid. “The reward I think in this family and in our extended family is that anything you put your mind to, and you believe in it, it can happen. And you don’t have to do it alone. You have a group of people who will do it with you. I think that she believes in herself more than she ever [has]… and her sister believes in whatever she wants to do, because she knows that we can achieve those things. They’re not away from us; they’re not a dream.”

Her mother agreed: “I never thought that we were setting her aside. She’s just like her other friends, except that she had the determination and people who believed in her and were talking to her everyday. We talk. We’re a family who talks. And she would have told us if it was stressful.”

According to Kayla, it was certainly worth the effort. “It was,” Kayla admits, “because I hear a lot of children—now that she’s been in the newspaper and everything—a lot of people approach me and say, ‘Your sister only has two years.’ I’m able to brag that she only has two years, and now they’re asking me what the program is called, so that they can get involved in it too. So in many ways, Taylor was kind of the spokesperson for the program, and now a lot more African-American children want to get involved in the program, because of her.”

“Being an example is definitely a reward to me because I went to Baltimore in the midst of a bunch of people, and I thought, ‘What could I do as a little ninth grader to make myself different?’ And I achieved that, and people are coming to me and asking me for advice and looking at my parents and my sister and saying, ‘You guys are truly a good family,’ stuff like that. Seeing how my parents instilled in me this determination and this determination could transfer into other families. “My parents are trying to help my friends and I try to help my friends or people who just need help. We were definitely put on Earth to help people; that’s the purpose of life. I think we’re definitely doing that.”

The Williams have shown a dedication not only to their daughters’ education, but to the education of Taylor and Kayla’s classmates as well. Her mother says, “I’ve said to the principal… everybody’s not going to come into your office and say, ‘Help me.’ So the kids that don’t do that, you have to seek them out. There’s another set of kids. I think you [should]give them all 100 percent. We’re going around to the kids that we know, trying to help them get into at least community college. We’re not asking for family background; that’s not what we’re about. We just want you to go up to the next level.”

In addition to setting herself apart and jumping two years ahead of her peers in working towards her Bachelor’s degree, Taylor received a personal letter from President Obama congratulating her on her academic achievements. Taylor recalled, “He [said]that they need people like me, my sister, people I go to school with to be future leaders, and that’s definitely the steps that we’re taking.”