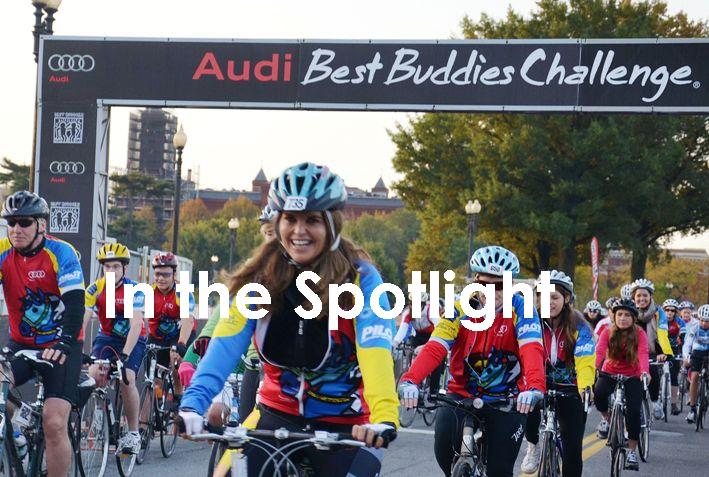 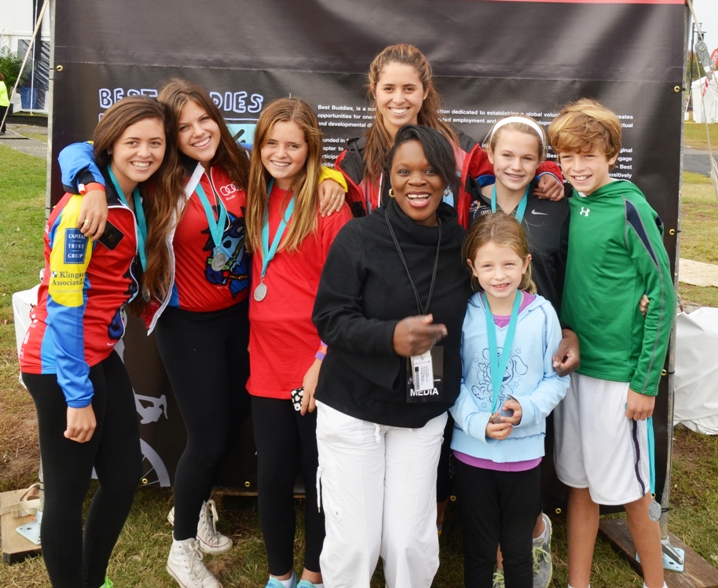 Shriver bowed her head, smiled and pedaled through the archway labeled “Best Buddies Challenge,” it became apparent that autumn had begun and the annual Best Buddies Challenge was in full swing.  For the “buddies” and participants who enjoy cycling, running or walking on a crisp October morning, it was the beginning of a beautiful fall event in the nation’s capital on the National Mall.  Originally named the Eunice Kennedy Shriver Challenge in memory of the 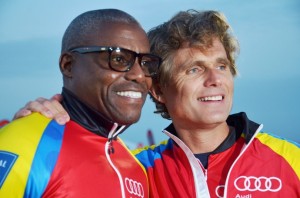 matriarch of the Shriver family, the Best Buddies Challenge had several Shriver siblings in attendance as well as a many grandchildren carrying the torch.  Founder and Chairperson Anthony Shriver kicked off the course of events at 7:30 a.m. with 100 miles, 50 miles and 20 miles bike rides and a 5K run and walk. The event was also attended by all of Eunice and Sargent Shriver’s children:  Bobby, Maria, Mark, Anthony and Tim, as well as 2,500 participants.  In the end, enthusiastic riders, walkers and runners raised $2.5 million for the organization and disabled individuals who benefit from their program. 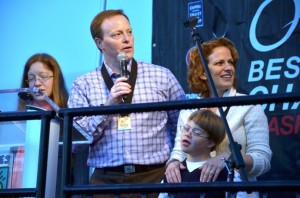 Not to be outdone by the parents in the races, Eunice and Sargent Shriver’s grandchildren:  Francesca, Natasha, Carolina, Eunice, Emma, Molly and Thomas also rode, walked and ran in the races.  A young Thomas raised up to $1600.  Apart from helping raise funds and spreading awareness about disabled persons, the Best Buddies Challenge is also a family reunion of sorts for the grandchildren. “I think it’s a really good cause and it’s fun for us, 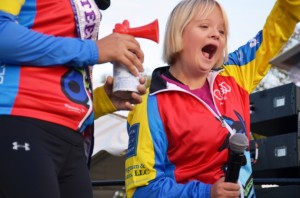 because we get to be with our family,” Natasha (Bobby Shriver’s daughter) said after the event. “We don’t get to be together a lot, so that’s really fun for us.” “And be surrounded by the Buddies, to help the Buddies,” Francesca (Anthony Shriver’s daughter) continued. “It’s all about the Buddies.”  The group of grandchildren who gathered at the base of the Washington monument – the next generation of Shrivers – all rode in teams, including Team Maria, Team Shriver and others.  They gleefully announced that next year, the kids are planning the cousins fundraising team and an event where the kids can run with their buddies. 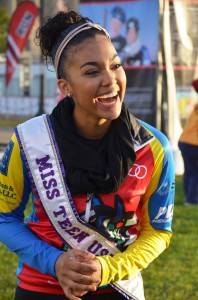 As one of three Best Buddies challenges, the Audi sponsored event garnered the support of 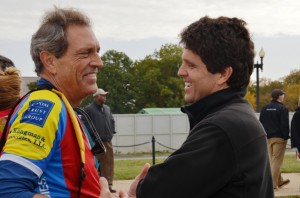 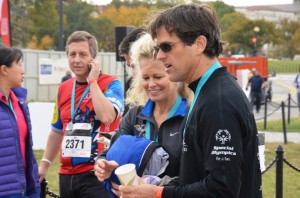 event to raise awareness about persons with disabilities.  The teen role model credits her parents with exposing her to experiences with disabled individuals.  “Back in Connecticut, my parents had always worked with disabled adults,” said West.  “It’s something that has been instilled in me and is close to my heart.”  West was on hand to assist “Glee” star and Best Buddies ambassador, Lauren Potter, in getting the crowd revved up for their individual races. Potter, who led several dance numbers, said she hopes to be on the next season of “Glee,” as she flashed her infectious smile.  She was appointed by the Obama administration as a member of the president’s Committee for People with Intellectual Disabilitiesand says she has “done a lot of events for Best Buddies.”  She also participated in the 5K Carl Lewis Challenge during the Saturday event. 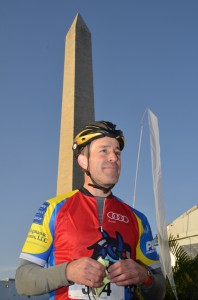 about the goals of the organization, which are to integrate people with intellectual and developmental disabilities into schools and workplaces, as well as through personal one-on-one friendships.  These opportunities lead to rewarding jobs and the possibility of living independently and having lifelong 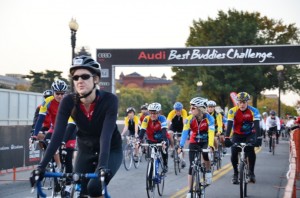 friendships. Those same ideas inspired biker Paul Lambert, who took them to heart after attending the challenge last year.  “We often think of children or people with intellectual disabilities and we think of them as somehow not having the same desires we do.  Yet they do, and I saw it and I said next year we need to do more.  I brought back four people this year instead of two,” Lambert remarked. Although Lambert did not have a buddy to partner with for his 20 miles bike ride, he indicated that he wanted to do more than raise money next year  — that he wanted to take it to a new level. He hopes to incorporate buddies and the buddies’ relationships in a “comprehensive” manner into his workplace at Revo Stasis, a car manufacturer in West Virginia.

After the races, awards ceremonies, and a fun dance contest, participants were shuttled off to Morven Park to enjoy hay and carriage rides, mansion tours and Friendship races.  The night was capped off by a musical performance by the band Sugar Ray.