You are at:Home»In the Spotlight w/ Wendy Thompson»Behind the Scenes: Endeavour's Final Launch»Blast off: Behind the scenes of Endeavour’s final launch
Tweet

June 1, 2011
Wendy Thompson
Editor-in-Chief
Behind the Scenes: Endeavour’s Final Launch
In the Spotlight with Wendy Thompson

“It’s in the DNA of our great country to reach for the stars and explore,” he said. “We must not stop. To all the millions watching today, including our spouses, children, family and friends, we thank you for your support.”

On the morning of May 16, 2011, the DC Spotlight crew of journalists arrived at NASA Goddard in Greenbelt Maryland to witness close-up the final launch of the Endeavour space shuttle.  We had scored an exclusive with Goddard to be in the control room during the launch and get a behind the scenes look at exactly what goes on as the space shuttle lifts off.  We were not certain that the launch would occur, because this was a repeat performance of sorts.  Earlier, on April 29th, we had arrived to the Goddard site only to be told later that the launch had been scrubbed due to mechanical problems.  But today was different. 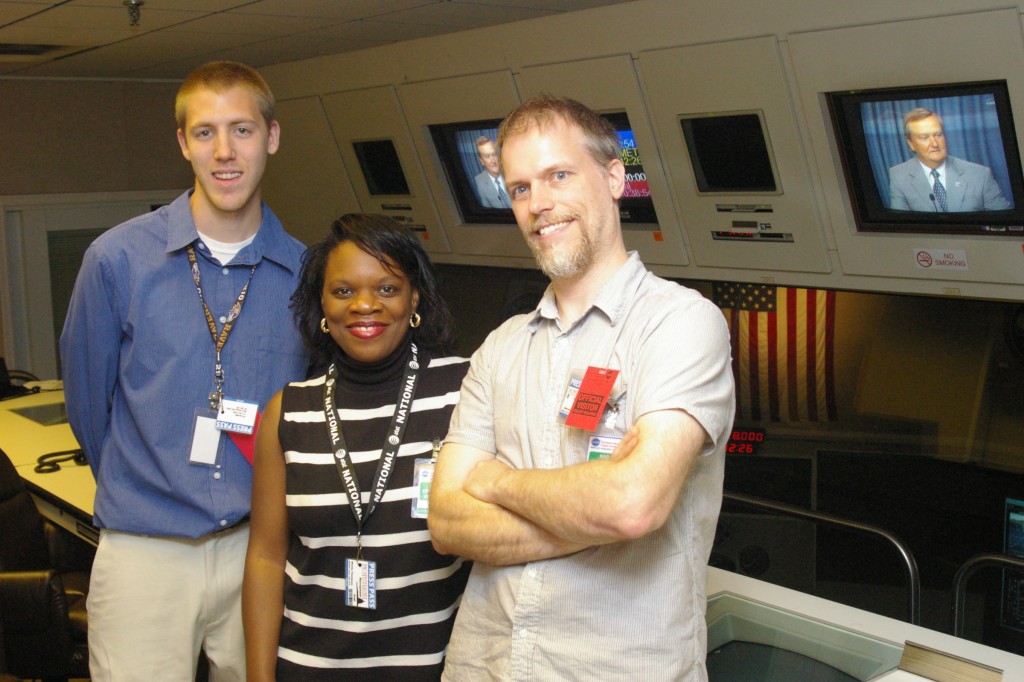 “I was sure it was going today.  I just had that feeling.  Today is the day it’s going to go.  It’s a great day,” remarked Human Space Flight Manager Melissa Blizzard.  Under a beautiful Nantucket blue sky, my crew and I were greeted by Dewayne Washington, Communications Officer for Human Space Flight.  Upon entering Goddard, Jim Bangerter, Network Director for Human Space Flight joined us.  Bangerter is essentially the man at the helm in the control room handling communications during the launch and the entire flight.  He joked that he had gotten his coffee early, which ensured a smooth launch. 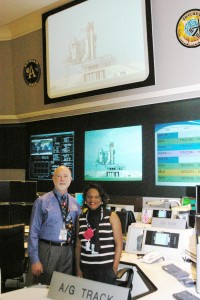 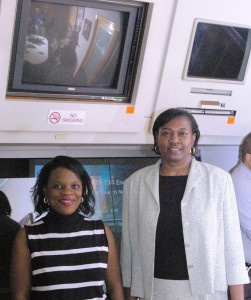 As we took photos with some of the staff, it began to sink in that this was indeed the final launch of Endeavour and the second-to-last shuttle flight ever. “Let’s roll ‘em,” I said with about 30 minutes before the launch.  My crew and I and some of the staff of Goddard shuffled into the viewing room in the control room.  The lights were dimmed and the show began. Time ticked away as some workers in the control room moved back and forth, while others focused tediously on the monitors showing the shuttle on its launching pad.  Time continued to tick away.  25 minutes, 15 minutes, 9 minutes, 4 minutes.  It began to dawn on me that everything the staff at Goddard had spoken about in our briefings weeks before – the complex logistics and mechanical training required to prepare for the launch – was now a reality.  It was time to go into space.  3 minutes and counting. 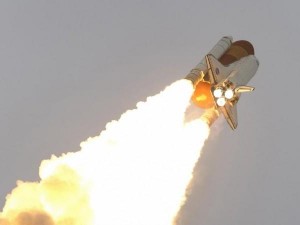 Astronaut Mark Kelly, who had experienced a life-shattering moment earlier this year when his wife Gabrielle Giffords was shot, made the final statement before liftoff.  “It’s in the DNA of our great country to reach for the stars and explore,” he said. “We must not stop. To all the millions watching today, including our spouses, children, family and friends, we thank you for your support.”

With that, the shuttle cap was removed.  Two minutes and counting.  The rocket boosters were fired.  Everyone in the control room along with me sat forward in our seats.  It was showtime.  One minute and counting.  Suddenly, I realized that in less than a minute, Endeavour could lift off and experience a beautiful launch or it could possibly explode and end the lives of six dedicated and brilliant astronauts. 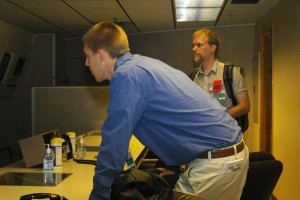 My knees began to shake.  The final countdown began.  5, 4, 3, 2, 1 and then it happened.Endeavour soared from its launch pad into a near-perfect lift off.  I just waited and watched in awe and amazement as the control room grew silent.  “Roger roll” came the word from central control.  My heart was beating faster and faster as it ascended closer to heaven. There was no turning back now.  And in that moment, Endeavour had taken its final place in American history. 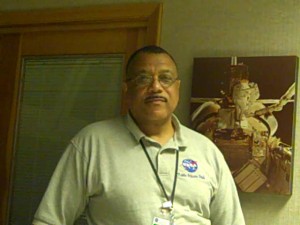 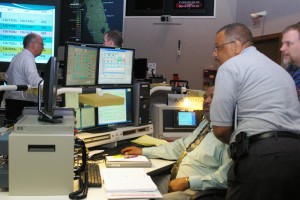