You are at:Home»Features»Travel»TRAVEL – Puerto Rico: A Tropical Wintertime Escape
Tweet 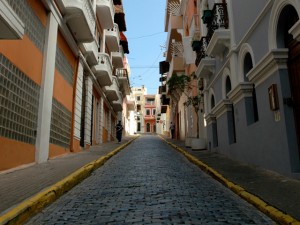 Photos courtesy of the Government of Puerto Rico

Puerto Rico is a lovely Caribbean island that beckons to those seeking to escape the winter weather and stresses of a busy American lifestyle. A mere two-and-a-half hour flight from Miami, Puerto Rico is situated between the Dominican Republic and the Virgin Islands. Though the island recently petitioned for full statehood, it remains a self-governing commonwealth of the United States. 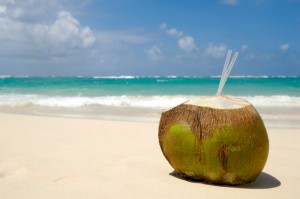 Like most of the Caribbean, Puerto Rico has a tropical marine climate that boasts warm and mild weather. There is very little variation between the seasons. The average temperature throughout the year is about 80 degrees Fahrenheit, but a consistent, gentle ocean breeze keeps the weather from becoming too muggy.

One of Puerto Rico’s trademarks is its remarkably well-preserved historical landmarks and architecture. The Casa Blanca is an estate-turned-museum that was built in 1521 as a home for Juan Ponce de Léon. While he never actually lived there, his descendants did so for 250 years, during which Casa Blanca was referred to as the Old San Juan property home. Other famous colonial landmarks include Castillo San Felipe del Morro and Castillo San Cristóbal. They are the largest and most formidable of the forts built in Puerto Rico during its colonization by the Spanish. It is possible to take a guided tour of La Fortaleza: built around 1940, the UNESCO-recognized structure was intended to act as another fort but now serves as the governor’s residence and place of business. 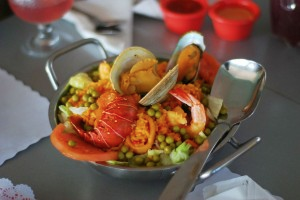 If you are interested in exploring the pan-African culture of the Caribbean, Loíza is a stop you cannot miss. The town was founded in 1692 and settled by escaped Nigerian slaves of the Yoruba tribe. Sample the Puerto Rican variety of Afro-Caribbean cuisine and visit the San Patricio Church, the oldest on the island. In February, Loíza celebrates the Maycombe Carnival, with salsa dancing and masquerades characteristic of Loíza festivals.

One cannot neglect to mention Puerto Rico’s natural beauty. El Yunque National Forest is the only tropical rainforest in the US National Parks system. Located in the rugged Sierra de Luquillo, El Yunque contains rare wildlife, including the Puerto Rican parrot, one of the ten most endangered species of birds in the world. Seventy-five percent of the virgin forest of Puerto Rico is contained within El Yunque.

Upon arriving in Puerto Rico, there are a number of ways to travel. Within the San Juan Metropolitan area, which includes San Juan, Trujillo Alto, Toa Baja (or Levittown), Guaynabo, Cataño, Bayamón, Carolina, and Loíza, the Metropolitan Bus Authority system usually runs until 10:00 p.m. To find a bus, look for a magenta, orange, or white sign which reads “Parada.” Traveling from one city to another can be done via privately owned buses or minvans known as “guaguas.” Because they are privately owned, the driver will usually wait for the whole bus or van to fill up, which can take anywhere from ten minutes to three hours. 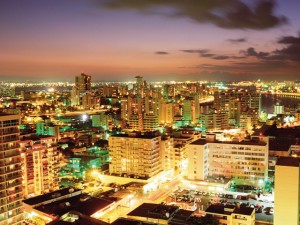 For accommodations, the island offers a variety of options. A tourist favorite is the Hacienda Tamarindo, self-described as “an elegant, small inn in Vieques, Puerto Rico.” Between December and June, prices range between $125 for a standard single room to $275 for the private Casita Linda villa. If you plan to be liberal with your spending, the Horned Dorest Primavera offers a hotel with luxurious rooms and fine dining and the option of staying in one of their private residences, adorned with material from Morocco, Bali, and the Middle East. If operating on a tighter budget, hotels such as the Casa Alta Vista and the Casa Marshall offer a great value.