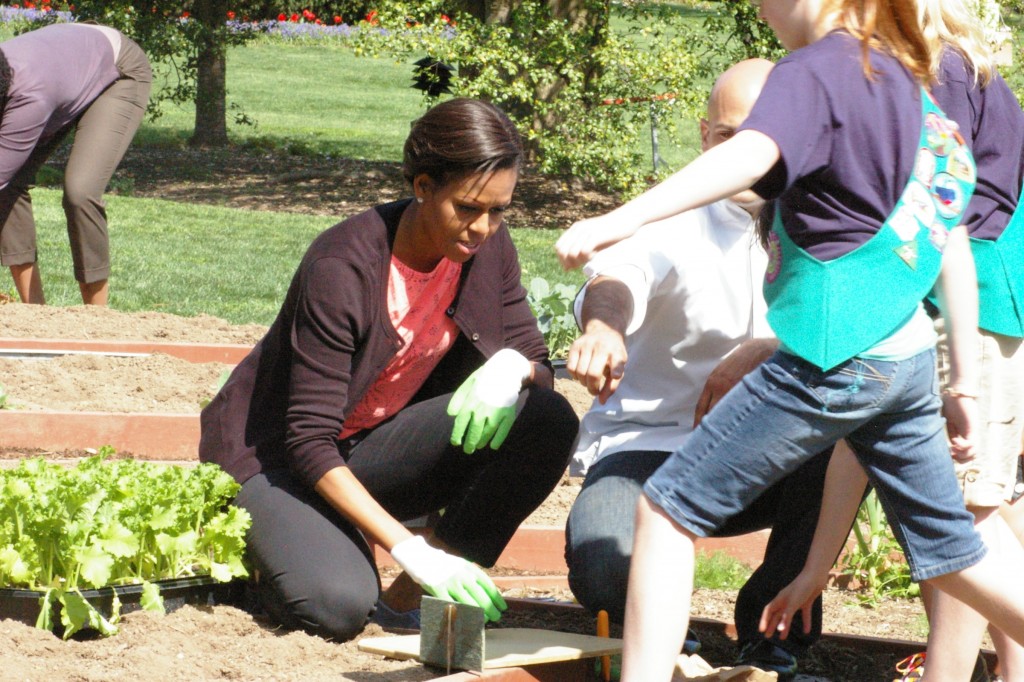 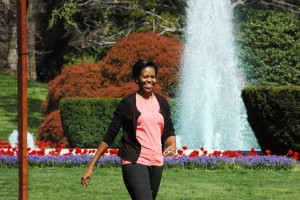 WASHINGTON – On Monday, First Lady Michelle Obama hosted her fourth annual White House Kitchen Garden spring planting with students from several U.S. schools, who helped fill the White House garden.  Each year, beginning in 2009, Mrs. Obama has included local children in the event, but this year she added students from across the U.S.  She began the conversation about the health of children in America during the president’s first year in office, which prompted her Let’s Move campaign. 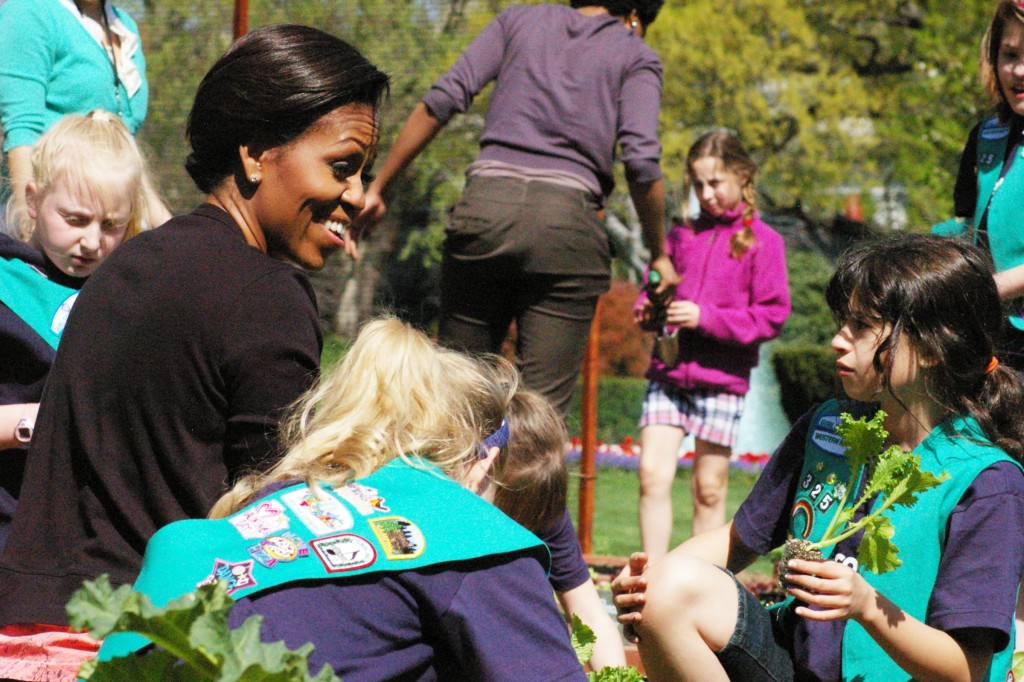 “The students from around the country, you guys wrote some really nice letters telling us about stories of the work that you’re doing in your schools, in your communities,” Mrs. Obama said to the crowd of cheering students.  “And your letters were so wonderful, I thought, why not come and see me at the White House and help me plant my garden? And you made it!” 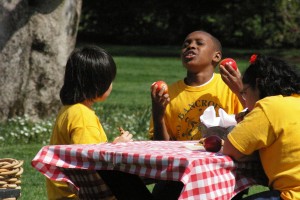 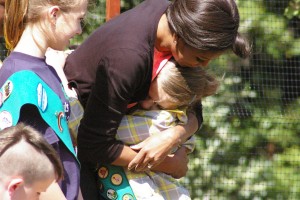 The Girl Scouts of Western New York, Troop 60325 from Fairport, NY sent letters to Mrs. Obama about eating and staying healthy with garden foods.  One of the scouts wrote, “First let me say that my Girl Scout troop is veary (sic) excited to be wrighting (sic) to you. We are alsogoing to plant seeds, and we were wondering if you could come and help us.” 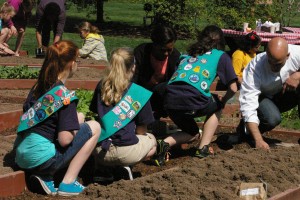 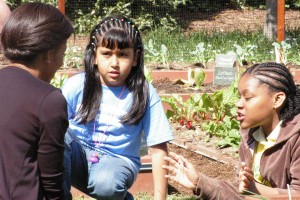 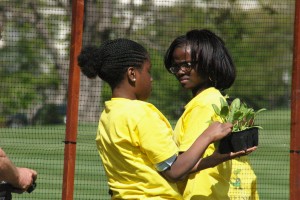 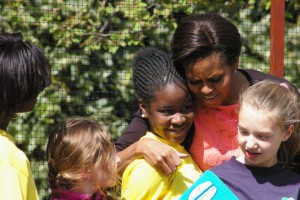 Eleanor Roosevelt was the last First Lady to plant vegetables a White Housegarden.  It was dubbed the Victory Garden. 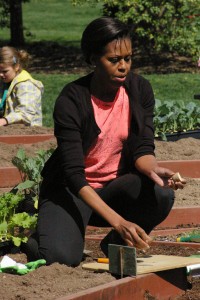