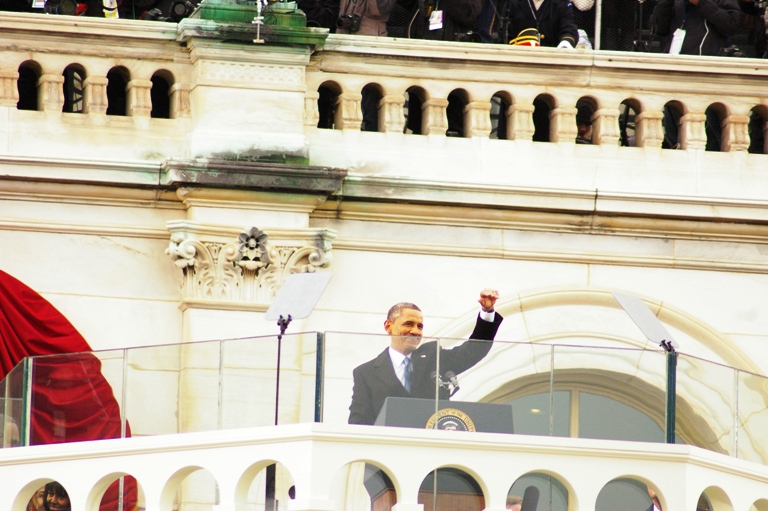 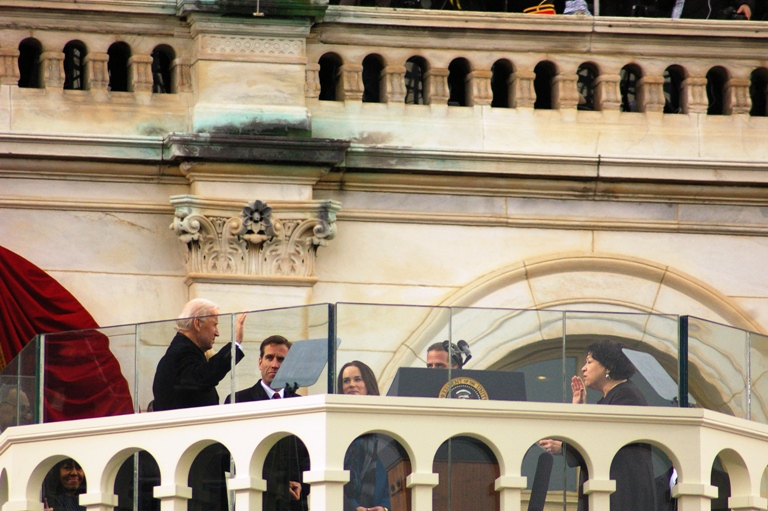 On the morning of January 21, 2013, the legal holiday celebrating the life of Martin Luther King Jr., 800,000-1 million people crowded around the National Mall to witness the second inauguration of President Barack Obama. Bystanders came bundled up in anticipation of snow, but the weather, alternately sunny and cloudy, was warmer than expected. This term’s inauguration turnout was less than that of the president’s first (1.8 million) and was overall a lively but lower-key event.  It was “beautiful in its simplicity,” as Senator Charles Schumer noted in his opening remarks. Those who chose to attend were enthusiastic, yet reflective about the ceremony and celebration. 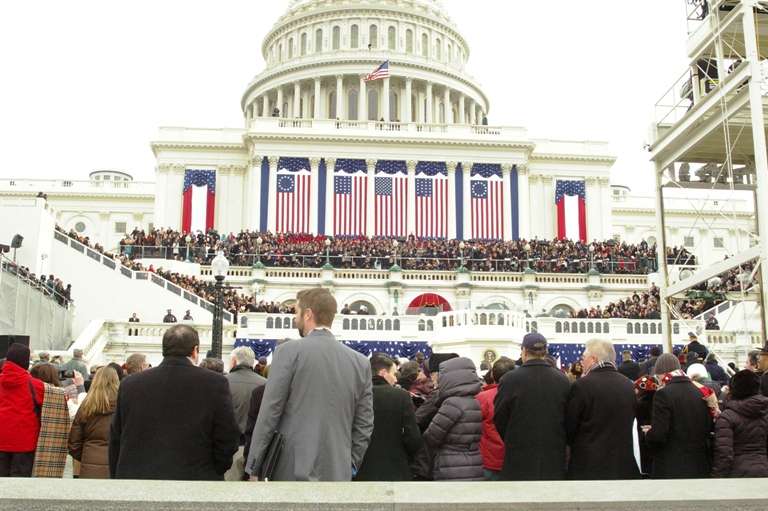 “My Country, ‘Tis of Thee,” and Beyoncé belting out the National Anthem in a manner reminiscent of Whitney Houston’s rendition at the 1991 Super Bowl. Supreme Court Justice Sonia Sotomayor administered the oath of office to Vice President Joe Biden, and Chief Justice John Roberts administered the presidential oath. Poet Richard Blanco recited his poem “One Today,” written for the special occasion.  Blanco’s appearance was historic as the first openly gay and Hispanic inaugural poet.  The benediction was delivered by Reverend Luis Leon.

With the exception of Michelle Obama’s stylish new haircut, the most memorable aspect of the event was the president’s inaugural address. Bill 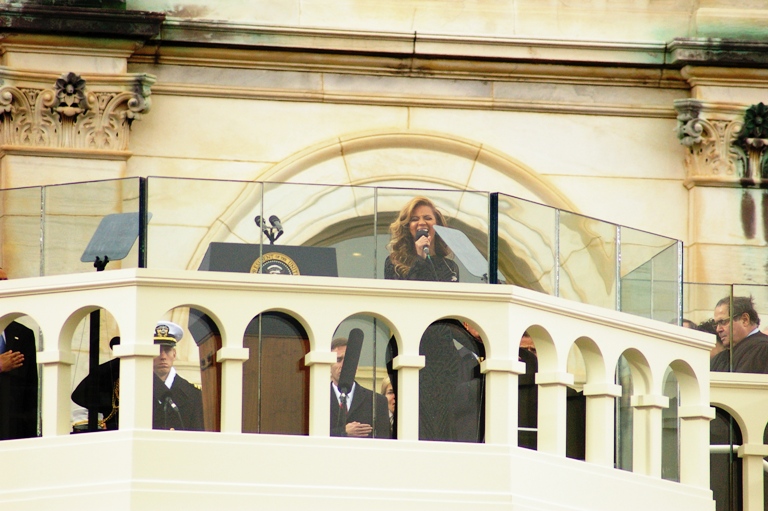 Dellinger, who had traveled from Ohio, remarked, “It set a very positive tone – a lot of what he had in his campaign.” His son Adam added, “He laid out in the most positive terms possible what he’d like to accomplish in the next four years.”

The president raised a number of important social issues in his speech, such as equal pay for women, marriage equ 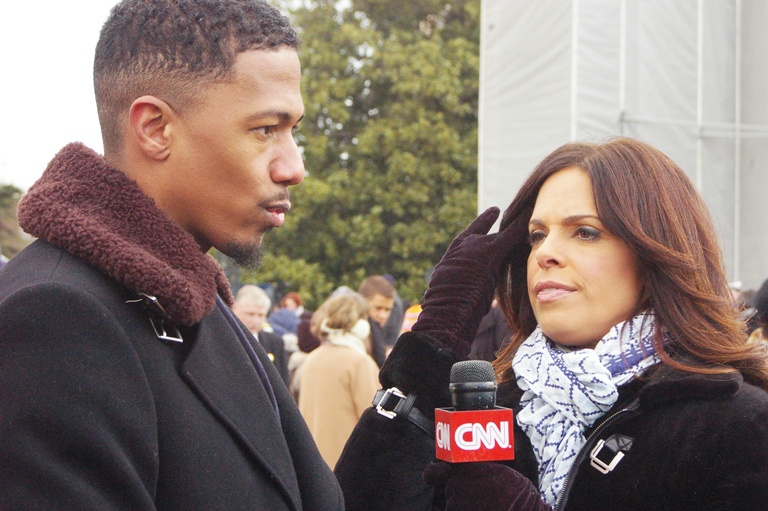 “I was surprised that he mentioned Stonewall by name, which I know is a controversial subject in America,” she said.  “Canada has had [marriage equality]for about fifteen years nationally, and I realize that in America it’s still not national yet.”

Joe Alaniz of Dallas, Texas, added, “He covered just about everything that everyone’s thinking of right now… I’m glad that he left it out there for discussion.”  The speech underscored the need for institutionalized compassion and equal opportunity for all Americans. 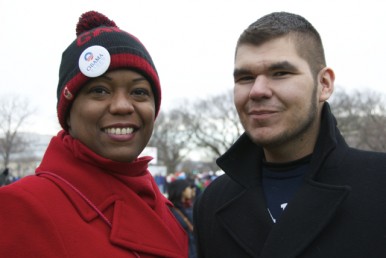 Many in the crowd–clad in Obama pins, hats, scarves, and sweaters–were visibly and audibly moved while the president spoke. Decoste noted, “He’s a phenomenal speaker; I’ve heard him speak a million times, and it felt new again!”

After delivering his speech, the president paused briefly to look out over the sea of attendees, many waving flags and chanting “Obama,” and remarked, “I want to take a look, one more time.  I’m not going to see this again.” 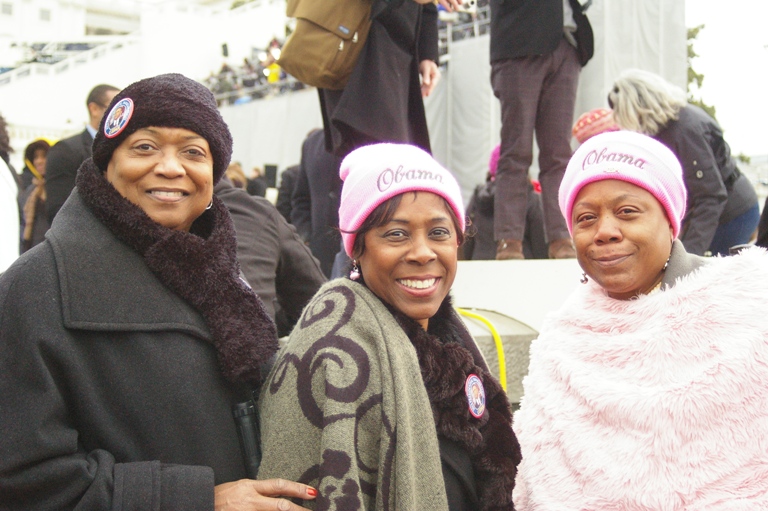 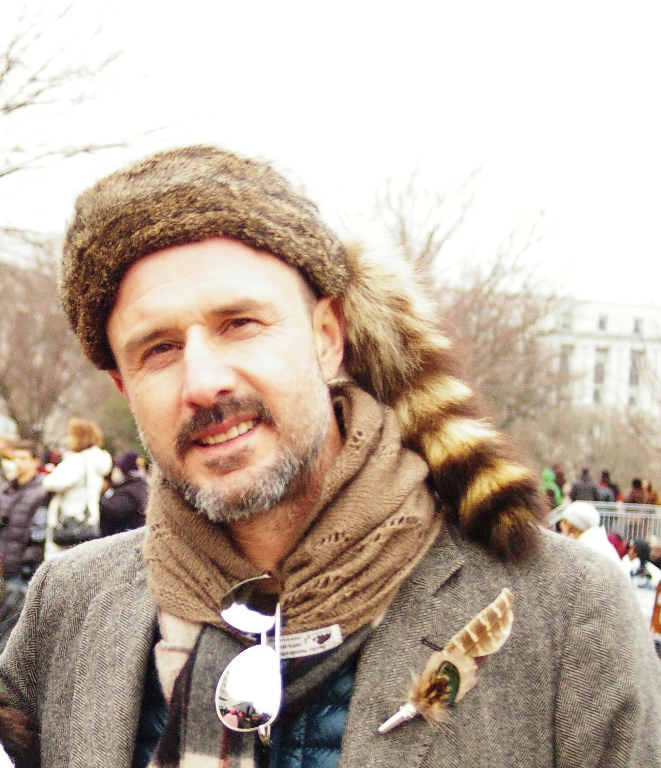 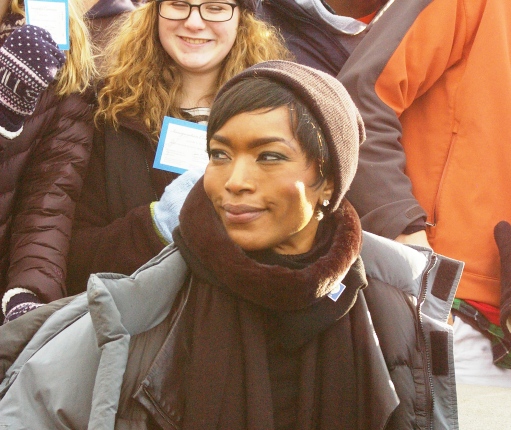 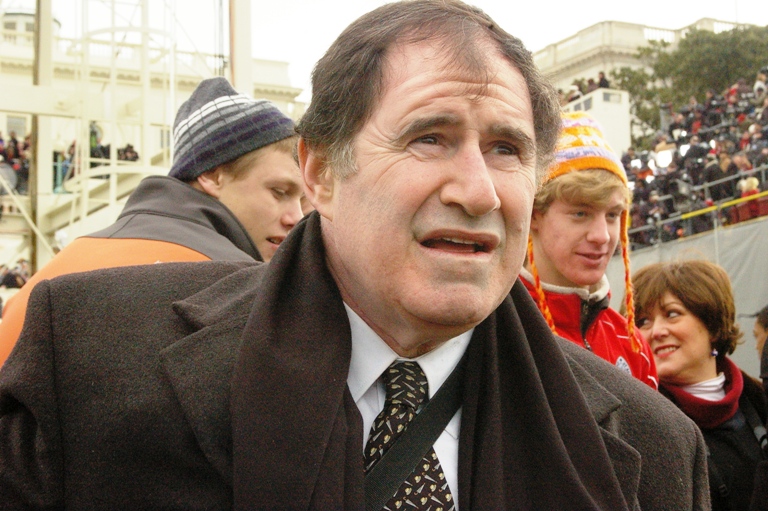