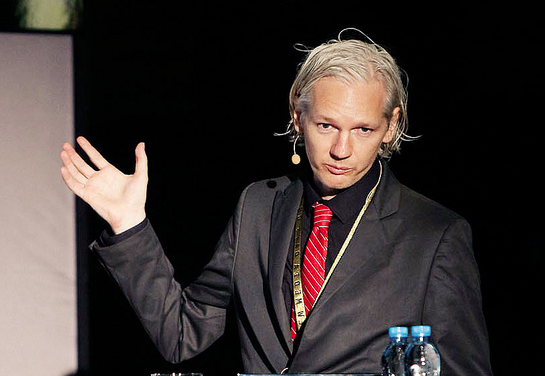 In this Internet Age, whether one agrees with his activities or not, as an enigma, Julian Assange – the spokesman for and founder of WikiLeaks.org – cannot easily be disregarded.  Depending on one’s perspective, his controversial organization may represent a new era of investigative journalism or a threat to the security of the United States and its allies.  Whichever side one takes, WikiLeaks is arguably an internet phenomenon, the impact of which has only begun to be felt.  But just who is Assange and how do the facts or available information lead the public to categorize him – journalist or anarchist?

Assange, as the public face of WikiLeaks, has taken shape in many minds as a real-life supervillain; an anarchist, a criminal, a hacker, a whistle-blower, a spy, even a terrorist.  To others, he is a hero for civil liberties, using the freedom of the press to provide freedom of speech and a journalist reinventing investigative reporting for the digital age.  Yet, which label defines him completely?

Assange has been accused of sex crimes in Sweden.  If the accusations prove true, not only could Assange himself suffer greater humiliation than he has caused the US government, but he will find himself imprisoned and unable to continue his work.  At that point, the label “criminal” will be hard to shake.  Claims that the charges have been fabricated for political reasons will remain, but his public image will possibly be permanently tarnished.  However, his guilt would not be of particular significance to the ongoing activities of WikiLeaks.

Those on the political Right in the U.S. have primarily aligned themselves with non-supporters and against Assange.  Senator Mitch McConnell, former House Speaker Newt Gingrich and radio host G. Gordon Liddy, among others, have labeled Assange a terrorist.  Sarah Palin has compared him to leaders of al-Qaeda and the Taliban.  Several analysts for Fox News have openly called for Assange’s death.

New York Congressman Peter King, the ranking Republican on the House Committee on Homeland Security, has been milder in his critique, stating he would like to see Assange put on trial for espionage.  Yet King has also urged Attorney General Eric Holder to declare WikiLeaks a terrorist organization.

If terrorism involves the use of violence or the threat of violence to bring about political ends, saddling WikiLeaks with such a label seems incorrect.  The group itself only releases information; blaming WikiLeaks for violent actions carried out by others using that information would be as difficult as proving that violence has been avoided due to their leaks.

Mark Lance, Georgetown professor of philosophy and director of the school’s Program on Justice and Peace

Mark Lance, Georgetown professor of philosophy and director of the school’s Program on Justice and Peace, teaches courses in anarchism, social justice, sustaining activism and the philosophy of language.  He points out that any action – even economic sanctions, which are intended to be non-violent – have the potential for risk.  “[But] when you’re talking about the exposing of massive crimes that result in huge amounts of death and suffering every year, to say, on the basis of some vague possibility that someone in the future might be harmed by this, strikes me as a kind of absurd objection.”

In response to Assange’s December imprisonment in London, supporters have disrupted the services of financial institutions and websites, including those of PayPal, MasterCard, and Visa.  These actions have generated fear among a public already facing financial concerns in light of the current economic climate.  This adds to some impressions of Julian Assange as an “economic terrorist” of sorts.

However, WikiLeaks has not publicly supported nor been charged with those attacks, and Assange has openly decried them.  The loosely-structured Hacking organization known as “Anonymous” has claimed responsibility as a means of supporting Assange by focusing attacks against financial institutions that have refused to handle donations to WikiLeaks.

“If it’s predictable to you that things will be done in your name and your actions are going to lead to that, you bear some responsibility,” acknowledges Lance.  But regardless, he sees the reaction by Anonymous as justified.

He draws parallels with sit-down strikes targeting segregated restaurants during the Civil Rights movement.  “There’s an important principle of justice that you don’t socially segregate people on either arbitrary or immoral grounds, and that if you do, other people have a right to economically fight back and to make it hard for you to do business.”

He says the attacks by Anonymous have been carefully planned and directed.  “If one’s engaging in political action of any sort you have to look at the effects you’re having on people, and there are limits,” he says.

He also points out that the recent devastating economic crises which echoed around the world and pushed economies into recessions were not brought about by hackers and anarchists, but by the failures of financial institutions themselves.  In comparison, the temporary loss of access to credit card websites pales in comparison to the destructiveness of the behavior of financial institutions.  “If these attacks had, for example, made it impossible for anyone to ever use credit cards, that would probably be an unacceptable level of response.  But they didn’t,” Lance adds.  “No ordinary person has been economically crippled; what this has done is provide a minor inconvenience to users of MasterCard and Visa, and a substantial expense to the credit card companies in shoring up their security systems.”  Is labeling Assange a terrorist or even Anonymous as a terrorist organization based on their actions as reasonable as labeling Fannie Mae, Freddie Mac, Bank of America or the Dow Industry as terrorists for the financial ruin of individuals and organizations who lost millions after the financial collapse?

While stopping short of calling Assange a terrorist, the White House has expressed concern that WikiLeaks publication of confidential U.S. documents may put individuals at risk.  Secretary of State Hillary Clinton has gone further, describing the leaks as “an attack on the international community.”  State Department spokesman P.J. Crowley stated the leaks provide a “targeting list” for terrorists to use against U.S. diplomats.

Lance counters that WikiLeaks has “been very careful to remove any kind of direct and obvious connection that would, say, name people who would be in very vulnerable positions, or subject to reprisal.  They’ve offered to work with the US government in doing even more in that regard.”

Regardless, the current U.S. Justice Department’s strategy is to prosecute Assange as a collaborator with or accomplice to Bradley Manning, a former army intelligence analyst.  Manning has been kept in a military prison since May of 2010 for the unauthorized release through WikiLeaks of video of three 2007 airstrikes in Iraq which killed several civilians and two reporters from Reuters.

WikiLeaks does not seek personal information on its informants, which causes difficulty in verifying the information they release, but secures the identities of those who provide leaks.  While not identifying Manning as a known informant, WikiLeaks has offered to assist with his legal defense.

Some point to Assange’s past as a computer hacker as a way of connecting his actions to the blanket label of ‘spy’.  Espionage is generally defined as the systematic use of spies to get military or political secrets.  This aspect of Assange’s life dates back to 1987, when at the age of 16, he was found guilty of accessing private computer files and fined.  No damage was determined to have been caused by his activities.  Today, Assange claims the information he receives and publishes through WikiLeaks is given to him freely.

A hacking charge would broaden the “spy” accusation to include industrial espionage or any act of accessing information which an individual or organization intends to keep secret.

Despite the plethora of information, questions persist.  To what extent should a democracy have the right to secrecy?  Libertarians such as Congressmen Ron Paul (R-TX) take a different stance from many in his party.  “In a free society, we are supposed to know the truth.  In a society where truth becomes treason, however, we are in big trouble,” he declares in a statement on his website.

Since its founding in 2006, WikiLeaks has set about making public the information that governments, corporations and individuals have tried to keep classified.  The organization describes itself as “an anonymous global avenue for disseminating documents the public should see.”  Their end includes “exposing oppressive regimes,” and providing “assistance to people of all regions who wish to reveal unethical behavior in their governments and corporations.”

Daniel Ellsberg’s 1971 publication of classified information from the administrations of Presidents John F. Kennedy, Lyndon Johnson, and Richard Nixon played a part in ending the war in Vietnam and culminated in a scandal and the end of a U.S. presidency.  Ellsberg is a staunch supporter of Assange and WikiLeaks.  “Every attack now made on WikiLeaks and Julian Assange was made against me,” he states on his website.  But Julian Assange is not Daniel Ellsberg.  The label “whistle-blower” is hardly applicable.  WikiLeaks does not dig up the information it publishes; it vets the information it is given and presents the raw material deemed most in need of publication.  If Assange is not “Deep Throat”, nor is he Woodward and Bernstein.  WikiLeaks also cannot be compared to The Washington Post in the Watergate analogy, as it is a provider of raw data, not researched articles.

Assange received the 2009 Amnesty International Media Award in New Media for WikiLeaks’ exposure of extra-judicial killings in Kenya, but he does not refer to himself as a journalist.  So is Assange a whistle-blower or does his organization act as a facilitator, offering means to make their cases public?  Lance further points out that “an institutionalization of the ability to publicize egregious overreaching of government has always been a part of this system.”  It can be argued that exposing the crimes of public officials is essential in an open, democratic society.  Lance argues, “It’s a mockery of the notion of democracy to suggest that it’s democracy when people can systematically misrepresent what they’re doing to the people that they’re supposed to be representing.”

Transparency is required in a democracy and, according to Lance, it is also a requirement shared by Anarchists and Libertarians.  Lance explains: “Anarchists believe that we should organize a society in such a way that people are not controlled via hierarchical structures – that people as much as possible have control over any aspect of society that affects their lives.  And that includes economic exploitation,” he says.  Libertarians, he continues, “…are opposed to all forms of social hierarchy and coercion except economic ones…On issues about whether we’re better off with a government that has unlimited secrecy, unlimited ability to hide information,” says Lance, “…I’m a great deal closer to Ron Paul than I am to the typical liberal Democratic senator…It’s not a Right/Left matter at all,” he says.

Julian Assange is clearly as complicated as he is controversial.  It is, first and foremost, the complexity of the WikiLeaks story itself that has caused so much controversy and confusion.  Ironically, the organization used the Internet to expose information and provide transparency has become a victim of Internet information in the so-called Information Age.

The argument will rage on as to whether Assange is a criminal, a spy or the face of new journalism.  Debates about what anarchy means and what democracy requires will not easily be settled.  However, WikiLeaks – both through its discussion and through the information it publishes – will help to raise the level of arguments of both sides.