You are at:Home»Features»The Nation»THE NATION – What America Thinks about Race Relations and the “Dream” in 2011
Tweet 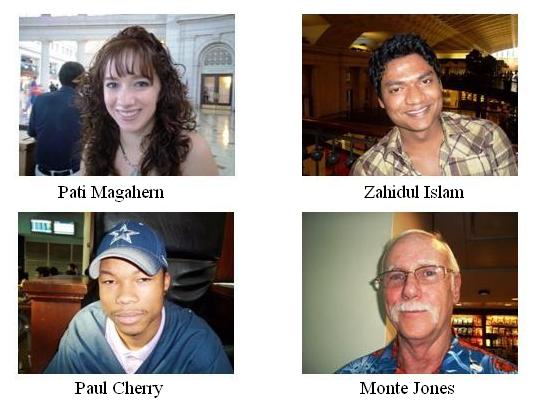 One Sunday, August 28, 2011, the dedication ceremony for the Martin Luther King, Jr. Memorial in Washington, D.C. was postponed due to Hurricane Irene. There were fierce winds, swaying trees and pouring rain early on that proposed day of the event. However, not even the fury of the hurricane could not stop the public from remembering and celebrating the 48th anniversary of Dr. King’s “I Have a Dream” speech — a speech students are taught relatively early in their elementary education with the hope that they will exercise the ideals that King set forth. Dr. King’s speech has survived the test of time, and there is no doubt it still resonated on Sunday. Nearly five decades after King’s speech, one can’t help but reflect on the different ways America has changed. The 28th begs the question: Would King be proud of race relations today? Is our nation’s capital a place “where a person is not judged by the color of their skin but by the content of their character?”

Local metro residents weigh in with diverse perceptions of today’s race relations, as diverse as their own races would suggest. Kathy Sandler says “Definitely,” when asked if she believed race relations have improved. She urges that the path to total equality relies on “continuing to believe that all people are equal and have the ability to do whatever they wish to achieve, and shouldn’t be stopped by race, color, religion.”

MD-Zahidul Islam agrees, although he’s been in the states for only a few years. “I haven’t faced much problems, as far as racism,” he says and adds, “People has always been very helpful to me.”

In contrast, Paul Cherry is not completely convinced that race relations have improved all that much since the monumental day King led the March on Washington 48 years ago. “Yes and no,” he says. “Right now, I’m working on a [grassroots]campaign that fights hate crimes. A lot of people don’t realize racism still exists [and]the Ku Klux Klan is still here.” Believing that people need to take a more active role in addressing racism and hate crimes, he stated: “We need to get more people involved that actually care about racism.”

Historically, hate crimes in the District of Columbia have been primarily based on sexual orientation. Yet, on July 6th of this year, D.C. Police Chief Cathy Lanier asserted that racially biased crimes are steadily increasing, particularly concerning Hispanics and Whites. There were 15 race related hate crimes in the first half of this year, though many individuals are reluctant to report these incidents and this number may not actually be truly representative of the District’s rate of racially motivated hate crimes. In contrast, hate crimes based on sexual orientation have fallen by 50 percent in the past 18 months. The police chief cited a few reasons that may have attributed to the rise in racially motivated hate crimes: a deepening racial divide; the return of white, wealthy residents to the city’s boundaries; and black, poorer residents moving to the District’s suburbs. Yet, she emphasized that many of the incidents could be “motivated more by economic opportunity than bias.”

The fact that racially motivated hate crimes still exist in America is enough evidence to support the argument that race relations still need a lot of improvement, not only in the District, but also across the U.S. A recent example is the death of James Craig Anderson, a horrific murder that the FBI is currently investigating. Anderson, a 49-year-old auto plant worker, was standing in the parking lot of the Metro Inn Hotel in Jackson, Mississippi near his car, close to dawn on June 26, 2011. According to Mississippi authorities, Deryl Dedmon and Aaron Rice — both 18 at the time — and a group of teenagers — who were all white — were out looking for a black person to assault. They found Anderson and brutally beat him as they yelled racial slurs. The video of the killing, captured by the hotel’s surveillance camera, shows Deryl Dedmon, driver of the green 1998 Ford F-250, escalating the truck and driving over Anderson. Dedmon was charged with murder. Another teenager, John Aaron Rice was charged with simple assault for allegedly assaulting Anderson before he was killed. Anderson was “a gifted gardener, talented member of his church choir,” and a father of a four year old girl, which he was raising with his partner, James Bradfield.

Some metro residents, aware of recent events, suggest that the burden lies on individuals to take the initiative to get to know other races. Like Cherry, Pati McGahern, a District resident, makes the similar assertion that “[Race relations] have improved [but]there’s a lot of room for improvement,” and makes the point that “a lot of people today don’t go out of their way to learn about the cultures of other people, and that’s the main barrier.” She believes people need to take the time to “understand that other people’s ways are not worse than our ways.” McGahern statement is well-taken, considering how culturally mixed some neighborhoods in the District have become. Recent census statistics show that Asian, Hispanic and Non-Hispanic White populations steadily grew in the last decade, largely due to gentrification. Yet, less than half of the population in D.C. was African American in 2010, a remarkable shift considering the District has been nicknamed “Chocolate City” for its historically black majority. As housing prices have risen, white professionals have been moving into predominantly black and Hispanic areas. The changes, due to urban development, have been driving up the cost of living for many, forcing some of the population into D.C. suburbs or neighboring states. This has changed the racial and ethnic demographics of many neighborhoods.

The public might have thought that with the first ever black president, race relations had or would have improved significantly. Yet, barely a third — 35 percent — of the U.S. population believes they have improved since President Barack Obama has been in office, according to a 2011 Washington Post/ABC poll. How “post-racial” is America when Tea Party member Marilyn Davenport of the Orange County Republican Central Committee sends out an email depicting President Obama as a “chimp?” How much have race relations improved when as recent as July of this year, Republican Congressman Doug Lamborn (R-Colo.) referred to the American president as a “tar baby?”

Washington, D.C. is a culturally diverse city, and yet the new study “Separate and Unequal: The Neighborhood Gap for Blacks, Hispanics and Asians in Metropolitan Areas,” shows that race, rather than class, determines where an individual lives. According to the study, affluent Blacks or Hispanic Americans in a D.C. household earning more than $75,000, live in poorer neighborhoods than average Whites or Asian Americans living in a household earning under $40,000. Income isn’t the only factor determining where an individual lives; race plays a factor as well. The study also seems to suggest that although some minorities are highly paid, they live in communities without the same or equivalent resources — including educational resources — available in communities where Whites earning just as much live. Moreover, the study highlights social inequalities that still exist today.

“I think there’s a lot of prejudice and stereotypes people have in their minds,” Fortunato insists. She points out that even in a culturally diverse city, “you can have even among the different Latino groups a lot of tension.” She further asserts that “people’s own insecurities lead to their prejudice against other people and kind of sticking with their own.”

Sandra Kowell believes that racism is a battle America still has not won. She urges individuals to create a dialogue in order to combat racism. “We have to start with this generation here, with the younger ones in school [and]educate them that race is not that important.”

Fortunato agrees, stating that by utilizing films such as “Crash” or literature, a dialogue can be created which encourages not only self retrospection, but also a place where individuals can talk about racism and prejudices. “It does take each of us to gain self knowledge,” she says.

Monte Jones believes that race relations have “definitely” improved. In the printing business for over forty years, he states “I work with a very eclectic group of individuals from all over the world.” Like many in the public, he believes that King’s dream has not been fulfilled completely but that America is on the right path. “In time,” Jones says, echoing the sentiments of many in the public.