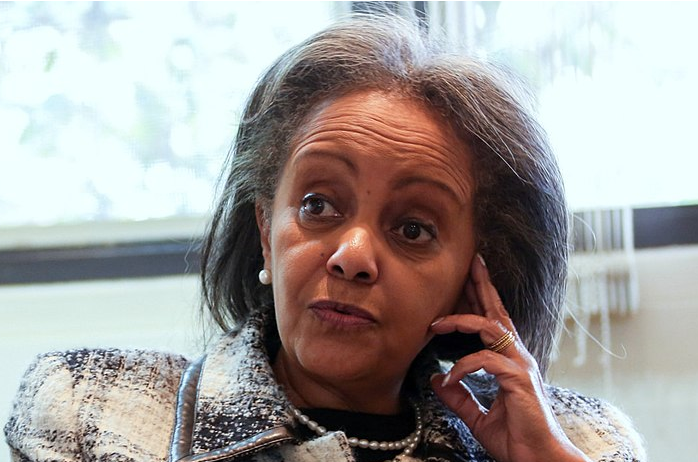 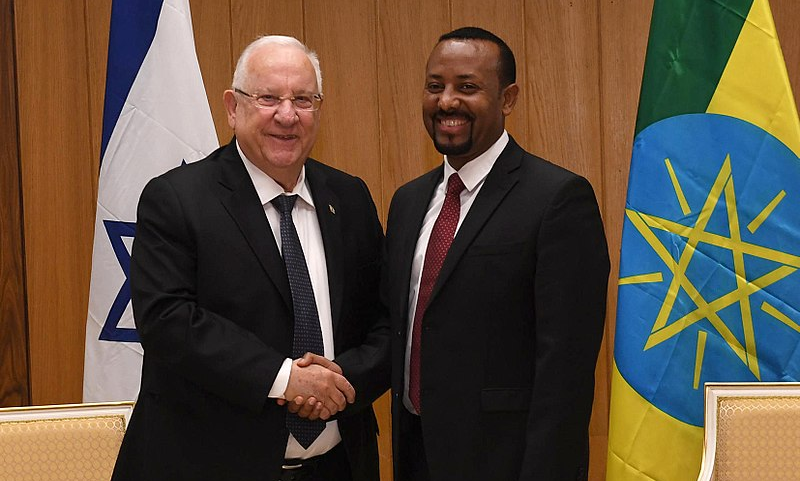 In September, the House Committee on Foreign Affairs met to conduct a hearing on the status of Ethiopia and the United States’ current alliance with the country. The hearing was orchestrated by the office of Congressman Chris Smith (R-NJ).

In the past, Ethiopia suffered from deadly droughts and persistent wars with surrounding countries. However, today Congressman Smith noted that, “We are witnessing a pivotal moment in Ethiopia’s history.” Rep. Karen Bass (D-CA), who is also on the committee, and Congressman Smith visited Ethiopia at the end of August and seemed hopeful during the hearing on what is next for the budding country. 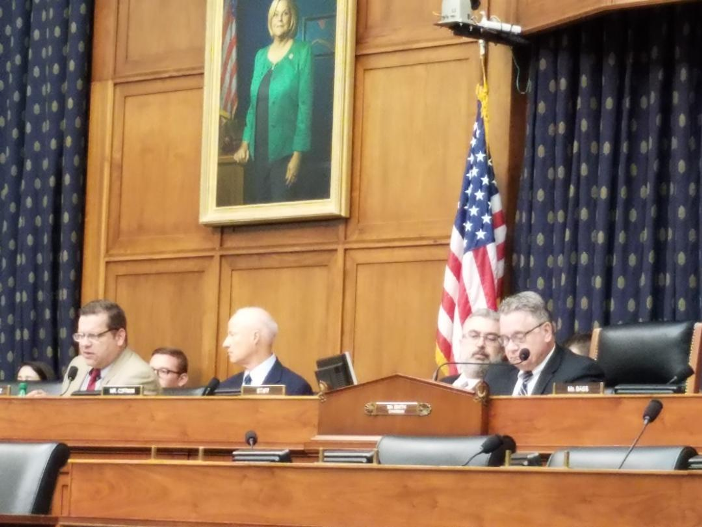 Ethiopia has continually made great strides since its election of Prime Minister Abiy Ahmed. Although the committee recognized improvements that are being made in Ethiopia, they also acknowledged that the country is far from being self-sustainable.

Tibor P. Nagy, Jr., the Bureau of African Affairs U.S. State Department’s Assistant Secretary, has received multiple accolades for his work on preventing famine in Ethiopia in the past and particularly in supporting efforts to end the Ethiopian-Eritrean War. Nagy, Jr. discussed what he referred to as the “groundbreaking reforms” that Prime Minister Ahmed has initiated since his inauguration on April 2, 2018. All four speakers at the hearing who gave testimonies spoke of Ahmed’s new initiatives and the positive effect his leadership has had on Ethiopia as a whole. 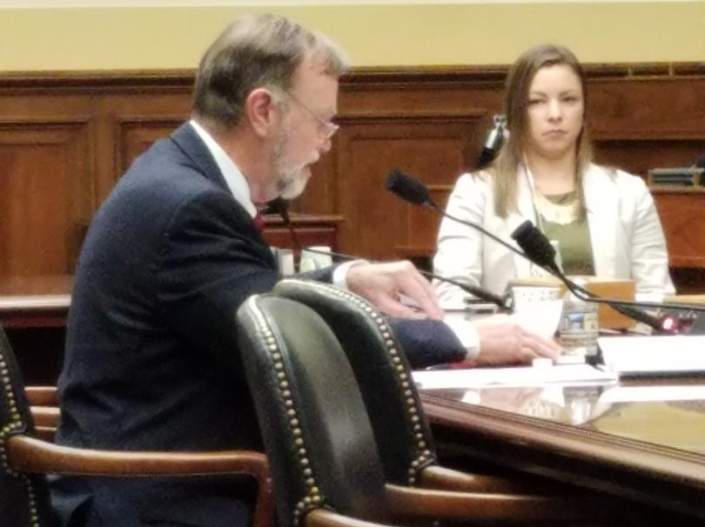 According to Nagy, Jr., even with Ahmed’s strong leadership, Ethiopia still faces a variety of challenges. Two of the challenges that Nagy, Jr. mentioned were seasonal flooding and ethnic conflicts. “2.5 million people,” in Ethiopia have been displaced so far, due to seasonal flooding and ethnic conflict alone. That number is estimated to increase throughout this year. 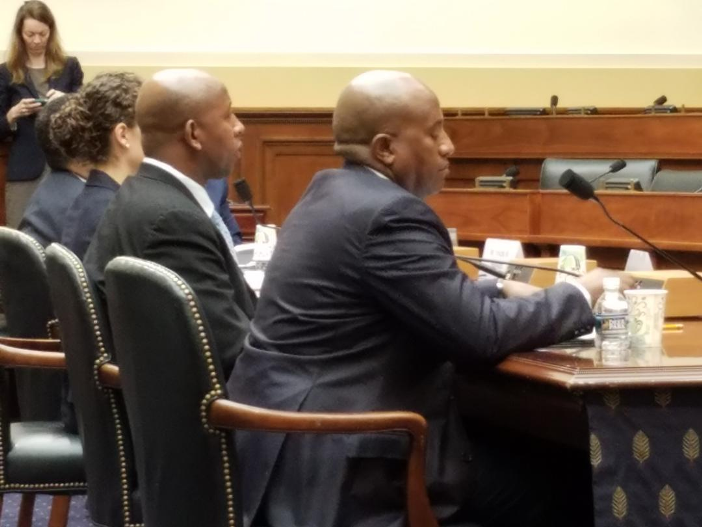 Another challenge the young people in Ethiopia face is a lack of jobs. Nagy, Jr. said, “We estimate that there are around 70 million Ethiopians younger than 30, [who]have participated in protests in recent years, due to frustrations with corruption and the lack of economic opportunity.” He continued, “It’s certainly not a done deal,” instilling all the new reforms Prime Minister Ahmed is trying to accomplish. “It all comes down to jobs, jobs, jobs, for their young people,” Nagy, Jr. reiterated. Rep. Karen Bass mentioned that, “We, the United States, could not engage due to past administrations” in Ethiopia. Nagy, Jr. believes that with the help of the prime minister, the U.S. can help assist Ethiopia economically during this pivotal time.

After Ambassador Nagy, Jr.’s testimony, Girum Alemayehu, a businessman and humanitarian from Ethiopia, appeared before the committee along with Jamal K Said, the president of the Oromo Community of Denver, and Emily Estelle, Senior Analyst of Critical Threats Project American Enterprise Institute, to share their testimonies. Alemayehu and Said, both Ethiopia natives, discussed the vast improvements that have been made since Prime Minister Ahmed’s rise to power.

In Alemayehu’s testimony, he listed the improvements Prime Minister Ahmed and the U.S. have made in the past six months alone in Ethiopia:
• The state of emergency has been lifted.
• Many political prisoners were released. Ethiopians who were denied entry into Ethiopia are welcomed home.
• Peace has finally been achieved with neighboring Eriteria, and the government has made significant strides towards the market economy.

Although Alemayehu sees these improvements as a step in the right direction, he also had a list of ways the USA could still help Ethiopia now and in the future. At the end of Said’s testimony, he discussed the changes he wishes to see take place in Ethiopia and how the US can contribute to the success of Ethiopia. Said talked about starting an independent commission in Ethiopia to conduct full, credible, and transparent investigations into killings, detentions, tortures, and instances of excessive use of force by security forces in Ethiopia. He also called “for an open and constructive dialogue with all the opposition forces (both at home and abroad, armed and peaceful) in order to chart the country’s future together.”

Estelle and Said discussed the many problems that still exist in Ethiopia. Estelle mentioned the stability of Ethiopia’s economy, government, and security. According to Estelle, Ethiopia’s current improvements are not as stable she would like. She warned, “The potential for Ethiopia to destabilize persists.” Congressmen Smith noted the many improvements and initiated a open dialogue for feedback on the future growth of Ethiopia.

After leaders and officials concluded their progress report in September on October 25th, the Prime Minister’s office announced that it was appointing its first female president, Sahle-Work Zewde. Zewde, who is 69, previously served as undersecretary general in the African Union for the UN . The previous president, Mulatu Teshome, was replace by Zewde in a tide of change that ushered more women into the Ethiopian administration. The 41-year-old Ahmed also appointed 10 new female members to the ministerial roster, including a new female defense minister, another first in the country’s history.