You are at:Home»Featured»THE NATION – 7 roadblocks that could keep Hillary Clinton out of the White House
Tweet 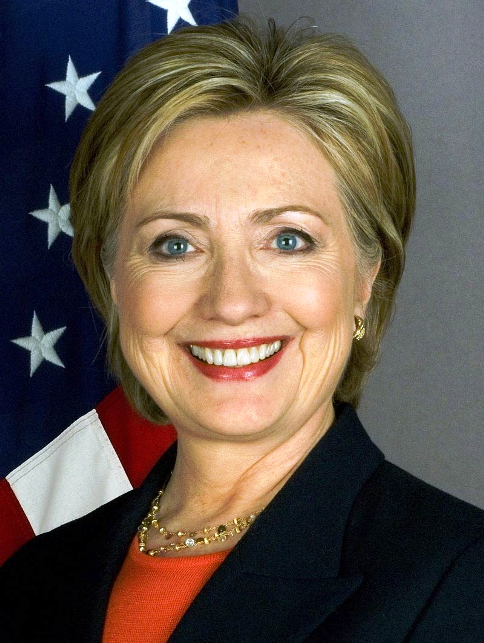 Not many months ago, it seemed there was nothing stopping Hillary Clinton from the Democratic nomination and becoming the next U. S. president. But Clinton learned in 2008 that nothing is guaranteed. The general election is over fourteen months away and anything can happen between now and then. Knowing that the next few months can make or break her campaign, she must utilize all of her resources in the present, because getting through the primaries has not been an easy feat for her in the past. Still, there are roadblocks that she must overcome to become president, and they are steeped in her past, which often decimates her campaigns, leaving her unable to recover and win in the end.

1. Emails, emails, and emails
The largest roadblock Clinton must face is the self-inflicted wound that could have been avoided: her own email scandal. As secretary of state, she used her own private email address and server to send out what could possibly be classified or confidential information. Some of her key opponents and supporters consider this breach of security unethical and unsafe at the very least. Clinton’s use of the private server would have been easily accessible to hackers and foreign or domestic enemies of the U.S. Also, Clinton and her staff, with exclusive access to the server and email account, had the ability to erase or delete emails, which could have contained crucial government information. Clinton’s lack of transparency could be the death of her campaign, as the FBI slowly releases what was contained in those emails. Those releases could signify the slow demise of what was once a formidable candidacy.

2. Anti-Washington movement
There has become a deep distaste and anger toward the Washington establishment in the new politics of the 21st Century. Voters want a candidate who is a “Washington outsider,” not a career politician. This is precisely the reason why Donald Trump rates high in the polls. Voters want someone who is not connected to Washington and particularly, not connected to established political dynasties. Due to her long history in politics, Clinton is considered to be one of the biggest Beltway insiders. Her experience may no longer be an asset, but a liability. With mix feelings about her record in the Senate and the State Department, Clinton’s image as a political elite is currently hurting her chances at the presidency.

3. Image
Being well known has its side effects. Most people have a fixed image of Clinton and lately, that image is negative. According to a Quinnipiac University poll, the top three traits that most people associate with Clinton are liar, dishonest, and untrustworthy. It is going to be tough to change the minds of people who have had a fixed perception of her for a long time. She has gone through a number of scandals during her political stay — Whitewater and Benghazi, to name a few. Fortunately for Clinton, the Quinnipiac poll did show that the number four and five traits people associate with her are “experience” and “strong.” There is little time and opportunity for her to change her image as the race heats up; however, that does not guarantee that the public will change their opinion also.

4. Age
There are some things that Clinton cannot change, like her age. If she is elected president, she will be 69 years old on Inauguration Day in 2017. Some polls show that some voters wonder if she would be too old to be an effective president. Old age has not stopped candidates from reaching elected positions in the past. Ronald Reagan, the oldest president of the United States, was a few weeks away from age 70 when he took the oath of office. Also note that other top candidates are as old or older than Clinton. Her Democratic rival Bernie Sanders is 74 years old and the Republican front¬runner Donald Trump is 69 years old. In a society that is fixated on youth and the newest technology, do voters care about the age of their president? Are they looking for youth or experience in the White House? The voters will decide in November.

5. Benghazi
Clinton’s time at the State Department was no ride at the park. Two notable events on the international front took place during her leadership: the Arab spring and the death of Osama bin Laden. However, the most controversial event during Clinton’s tenure was the attack on the U.S. consulate in Benghazi, Libya. Three years ago this month, four American citizens, including U.S. Ambassador Christopher Stevens, were killed during an attack in Benghazi by Islamic extremists. This tragic event — in the partisan arena — has become a part of the political circus surrounding the 2016 presidential campaign. Thus, Clinton has become an object of great criticism. Many questions around the attack have not been answered. How much did she know about the threats to the compound? Why was there a lack of security, and what was the cause of the attack? Months following the tragedy, Clinton testified extensively before Congress and many of her political Republican opponents were at the helm. Despite the testimony and three years since the attack, critics are still asking questions about Benghazi and this scandal is not going away anytime soon.

6. Loss of momentum
Clinton was thought to be the unstoppable candidate. From the time she left the State Department up to the day of her announcement, there was great excitement and talk about her potential presidency. Since the start of her campaign and with the email scandal, Clinton’s poll numbers have plummeted. In light of that loss of momentum for her candidacy, her rivals and potential rivals are seizing the moment. Her Democratic rival Bernie Sanders and Republican opponent Donald Trump are gaining momentum as their poll numbers skyrocket with each interview Clinton gives to discuss the mishandling of the email account. Should Vice President Joe Biden announce his bid for president, Clinton’s campaign will have to face the harsh reality of a possible repeat of the 2008 loss to President Barack Obama.

7. Bernie Sanders, and the left side of the Democrat Party.
The right wing of the Republican Party is not the only attackers Clinton is facing in her uphill battle. The left side of the Democrat Party is taking aim at her also. The Clinton camp may not consider Bernie Sanders to be a competitive candidate, but in actuality, he is. Currently, the two are neck ¬and ¬neck in some of the polls. Some Democrats consider Clinton to be moderate to a fault and that does not bode well for the early primaries. Also, many young voters ¬¬ who are an important part of the Democrat’s base ¬¬are supporting the exciting newness of Sanders. Although, she and her campaign are planning for the future and the general election — where her moderate style of politics plays well — the reality is that in the present, her Democratic rivals are the urgent threat, including Vice-President Joe Biden, who hasn’t decided to officially run.

Will Hillary Clinton become the next president of the United States? The Clinton team comprised of some of the brightest strategists and organizers must solve the campaign’s current obstacles in order to be successful in 2016. 2008 is a cautionary tale of what happens when a candidate focuses on the general election and not the primaries.