You are at:Home»Features»The Nation»America Losing the “War on Drugs”; Experts Examine Legalization
Tweet 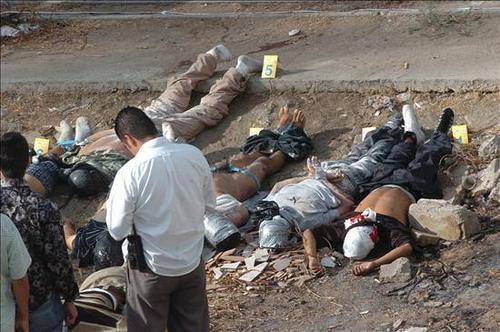 “The global war on drugs has failed, with devastating consequences for individuals and societies around the world.”

“What we do know is that prohibition does not work,” says Bill Piper, Director of National Affairs of the Drug Policy Alliance.  Clearly discouraged on the40th anniversary of the beginning of the “War on Drugs”, Piper has little faith in the current drug policies based on past results.  Though disturbing as it may seem, there are few things as ingrained into the American culture as drug use.  This dilemma has spawn movements on both sides ofthe issue:   pro-legalization groups, subcultures based around the use of illegal substances and organizations dedicated to heightening awareness of the dangers of substance abuse.  Some experts and many Americans in general argue that we have lost the “War on Drugs”.

As crime in the inner cities of the U.S. increases and Mexican drug cartels leave the bodies of law enforcers and their family members in their wake, strong support for legalization of marijuana has dramatically increased.  The debate over the drug policy in the United States is hardly novel; however, Piper has his own success story and admonishes the U.S. to follow the model.

He continues: “We like to point to Portugal’s model.  In 2000, Portugal decriminalized possession of all drugs for personal use.  It’s still illegal, but if you’re caught with drugs, they send you to what they call a persuasion committee.”

According to Piper, the committee analyzes the case as it pertains to the person in question, establishes whether the person has a drug problem or not, and offers treatment, which the person has the right to deny.

“There’s no criminal penalties, so you’re not going to go to jail.  And it’s proven pretty successful, because once people realize there is no fear of arrest, they’re not afraid to seek treatment.  So drug use is down and overdoses are down, because people are accessing health services,” says Piper.

As the 40th anniversary of the War on Drugs in the U.S. recently passed on June 17th, the discussion began to heat up again with calls for legalized marijuana use.  Sixteen states and the District of Columbia have passed legislation allowing marijuana use for medicinal purposes, while brutal and often graphic violence stemming from drug cartels on the U.S. and Mexican border has reached staggering heights.

With this as a backdrop, a group called the Global Commission on Drug Policy released a report in June calling for massive reform of drug policy across the world, while harshly criticizing the global war on drugs.  The report, which includes recommendations from the likes of former presidents of Mexico, Columbia, and Brazil, to former U.S. Secretary of State George Schultz and the current Prime Minister of Greece, George Papandreou.  The report opens with no punches pulled, saying, “The global war on drugs has failed, with devastating consequences for individuals and societies around the world.”

Citing increasing drug use globally for the past 50 years, the report goes on to suggest a new approach to drug control that focuses more on decriminalization, regulation and legalization as opposed to prohibition, a position that Piper and the Drug Policy Alliance adamantly endorse.

Piper’s strong support for reform stems from a tragic experience within his own family.

“My uncle was a heroin user for most of his life.  We really saw not just the damages of heroin use, but also the damages of our current drug policy, because there was always money available to lock him up, but almost never enough money for treatment,” says Piper.

“I’ve actually seen the consequences of both drugs and drug prohibition in my own life and really want to reduce the harms associated with both,” he adds.

While reducing the toll drugs take on personal and societal health is the primary consensus for all involved, not everyone believes that the report in its call for an end to prohibition is the answer. Rafael Lemaitre, spokesperson for the Office of National Drug Control Policy, thinks legalization would be a terrible mistake.

“The vast majority of people who commit crimes are high at the time of arrest.  Clearly, what that shows is that drug addiction is at the root of much of the crime in this country,” Lemaitre said.  “The data is very clear on this.”

“If you read the actual report, there’s actually not much difference in what that report recommended and what current U.S. policy actually is,” says Lemaitre.

“The one area we did diverge, however, is the criminalization part, the legalization of drugs.  Because we are now engaged in a public health approach to drug control, that is something we do not support, because obviously any policy that would enable more access to drug use would increase the public health cost to our society,” Lemaitre insists.

Not only is it seen by some as a personal health issue, there are parallels observed between drug use and other negative trends. 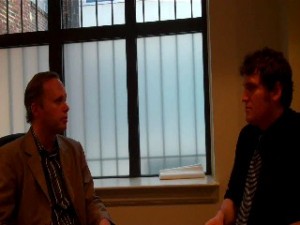 “We have to find ways to break that cycle between drug use, addiction, and crime, and incarceration and re-arrests,” Lemaitre said.  “The way we want to do that — and we’ve been fairly successful up until now, but we need to do more of it — is through reforming the criminal justice system so that when they encounter the nonviolent user or even the person who is incarcerated.  They are given access to a drug treatment regimen.”

Lemaitre suggests drug court, a program that takes nonviolent drug offenders before a judge, who gives them the option of treatment and abiding by the rules of the court or incarceration.  If the offender graduates from the program, they are free to go with no record.  Right now there are approximately 2500 of these programs across the nation, Lemaitre says, and he supports this model.

“We cannot arrest our way out of the drug problem,” he adds.

Though hardly apparent to most Americans, the results from the 2009 National Survey of Drug Use and Health reports that drug use has decreased 40% to 50% over the last 30 years.  While this appears to be a step in the right direction, not everyone is convinced prohibition, at least for marijuana, is sensible.

“I am old enough to remember when Nixon enacted the War on Drugs,” says Julia Kennedy, 51.  “I can’t see any gains from it.  When you look at prisons that are over-crowded because of marijuana, it’s just ridiculous.”

“I think drug laws in general are unrealistic,” Tamlyn MaClear, 28, says. “Of course, when it comes to other drugs like opiates and cocaine, we have other things to consider, like where they are coming from, but people can grow marijuana in their closets.  It should be decriminalized and eventually legalized,” MaClear adds.

Upon further consideration of the issue, MaClear becomes pensive and continues:  “One time I was sitting around with some people who were debating whether alcohol or marijuana was worse.  After half an hour of arguing, one guy said, ‘How many times have you been with a group of people who have been drinking, and they get into fights and beat each other up?  All the time.  Now, how many times have you been around people smoking marijuana and seen them get into fights?  Never…’ Marijuana is a far less aggressive drug.”

However, the question of whether or not some drugs are worse than others is not even a consideration for some.  “I don’t think any drug should be legal,” Donte Corley, 18, remarks.  “[Drug use] can lead to all sorts of health problems.  I’ve come to the conclusion that everyone should just live their lives drug-free.”

In 2010, the Obama administration took a bold step and balanced the penalties between crack cocaine and powder cocaine violations, a disparagement that has been the source of outrage for years.