You are at:Home»Features»Metro Link»The Warrior on the Hill: The other side of Eleanor Holmes Norton
Tweet 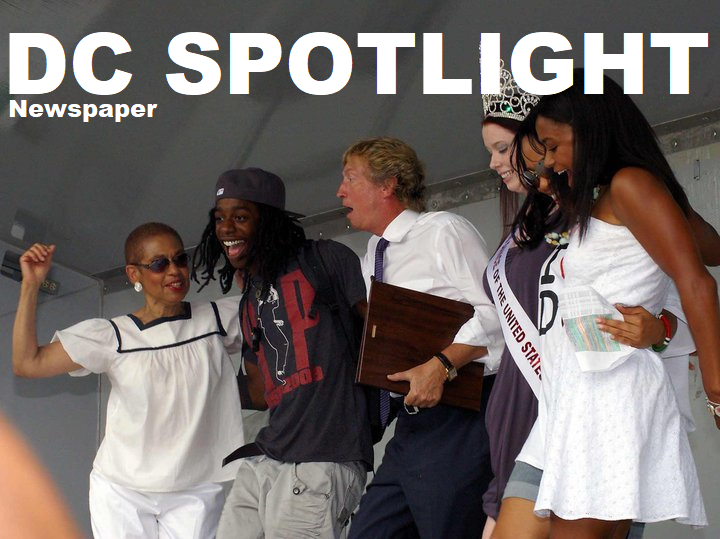 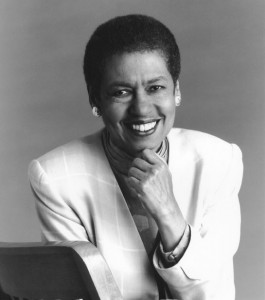 As Congresswoman Eleanor Holmes Norton walks through the door of her home in Southeast Washington, D.C., she readily admits that when most people meet her on the street, they naturally reach out to hug her. She flashes her signature smile and takes a seat in her living room. She is quickly reminded that after a long day of work, she must return to the office later tonight to complete more work after the interview. It became apparent that Norton is a “worker” and any opponent attempting to fill her shoes in the November elections would have his work cut out for him. A third generation Washingtonian and now in her tenth term in Congress, she says she appreciates the opportunity to run against her opponent and believes voters should regularly reaffirm why they voted for a politician. On this sweltering Monday evening, during the dog days of summer when DC politics are heating up and on the minds of the people, Norton steered away from the topic. Instead, she chose to reflect on her personal life, challenges and tremendous success outside of politics. 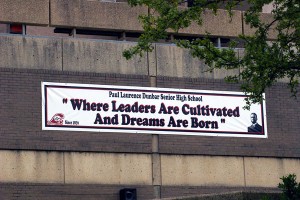 “Born into the Civil Rights Movement,” as she states, she’s seen many changes in Washington D.C. “Back in the day, the district was not only a town without democracy, without any mayor or city council; it was a segregated town. Yet, this was a very different kind of segregated town.” Norton credits Howard University, the DC Teaching College and government work for instilling in people the desire to pursue white-collar work. She emphasizes that during the time she was growing up in the District, there was an educated black middle class; however, schools were still segregated. 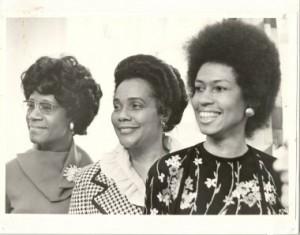 Norton attended Dunbar High School, one of the first schools for black students. Dunbar was a highly academic and distinguished school with a number of prominent graduates on its roster: Senator Edward Brooke, Charles Drew, Charles Hamilton Houston and among them, Eleanor Holmes Norton. “Anybody could go to Dunbar, and you didn’t have to say ‘And I want to go to college,’ but as it turns out more than 90% of the kids went. But make no bones about it, it was segregated.” On the day the Brown v. Board of Education Supreme Court ruling was announced, Norton felt the full sense of the magnitude of the judicial decision. She remembers: “It came over the address system around three o’clock that the Supreme Court had declared schools, like schools out in the District of Columbia, unconstitutional. There were teachers who cried.”

Despite the ruling, there was still an endless onslaught on Blacks. Yet, the black family was a powerful unit during her childhood and that simple fact would determine her success. Norton recalls, “My community was very aspirational. Everybody wanted to go to college. I don’t remember feeling inferior. I remember being taught that people who believed in segregation were to be pitied and were probably less educated than we were.” She adds, “There were intact families, so the whole notion of a single mother was not a word when I was a kid.” 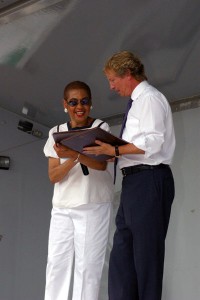 orton was fortunate to have two parents – most notably, parents who continued their education while raising three children, including her two sisters. She vividly recalls her mother’s thirst for knowledge and high acumen. On the day her mother, Vela Holmes née Lynch, a schoolteacher, passed the teacher’s exam on the first try, the neighbors trumpeted the news for all to hear. Norton remembers their yelling in the streets, “Vela Holmes passed the teacher’s exam.” Her father shared that same intellectual ambition, which was indelibly impressed upon Norton early and often. She continues, “My father (Coleman Holmes) — I remember saying, he was in the first grade when I was in the first grade. What that really meant was that my father was going to law school part-time.” She would eventually follow the path charted by her father and study law. She earned her bachelor’s degree from Antioch College and a law degree, as well as a master’s degree in American Studies from Yale University. 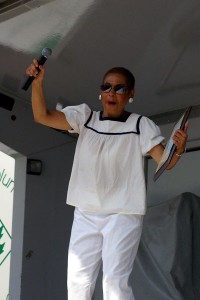 It was during the summer of 1963, while attending Yale, that she was recruited by Bob Moses to create a prototype used to prepare Mississippi residents for literacy and comprehension tests. The complicated tests were instituted with Jim Crow laws to prohibit Blacks from voting. “That was the summer of ‘63,” Norton quips. “You all don’t have time for some of those stories; when I first met Fannie Lou Hamer, got her out of jail; when I really became really deeply involved in the Mississippi Movement and she became a life-long mentor and friend until she died.” It was during that summer that Hamer — a pivotal activist in Mississippi, who helped spearhead literacy workshops — was severely beaten and jailed by white policemen. Beaten nearly to death, Hamer required over a month to recover from her injuries. That hot summer in the Deep South changed Norton, and she never quite became accustomed to the status quo of racism and discrimination in the South or in the District. It was an affront to her and that incensed outrage over the treatment of “my people” quickly grew into a life-long calling.

“I remember thinking what’s wrong with my people? Why are my people taking this? It was a kind of yearning for a movement, and with my luck, it burst out during my teenage years. The work I do in DC is a continuation of the work I’ve done in the Civil Rights Movement. Here I am on the outside trying to get in — only this time, trying to get in for equality for the residents of the District of Columbia.”

While Norton’s political life has been filled with great accolades, her personal life has had its challenges and unexpected rewards. She married Edward Norton and they later divorced. She has a son, Edward, who will soon marry and a daughter, Katherine, who has Downs Syndrome and lives with Norton. “My life is such an open book,” says Norton. “Some may not know – a lot of people do – that I have a daughter who lives with me who has Down Syndrome. That my first child was born – I had her by natural childbirth — and then her father, Edward Norton and the obstetrician came in to say ‘We think something is wrong with your child, and we don’t know anything about how people get Down Syndrome.’ Except we did have tests that showed it wasn’t genetic…So I’ve raised this child; she’s a young woman and she lives with me now.” She continues, “It certainly changes your life, because you wanted to adapt and do everything you could for this child. Well, she’s 40 years old and she lives with me now and I couldn’t imagine anything else…Yes, it changes your life a great deal, but frankly what I marvel at is that she has not changed my life very much. I wish I could have changed her life…”

Norton’s life could have gone down a different path if not for the aid of an unlikely ally: her mother-in-law. “I was human rights commissioner in New York City when Katherine was born…I knew I wanted to go back four weeks after she was born. What do you do with an infant, Down Syndrome infant?” Norton says she was lucky to have Blanche Norton, her mother-in-law, there in Harlem to help care for her daughter as she worked. She adds: “Blanche Norton is a better mother than I’ll ever be, and the notion that I could leave this child with the grandmother…What would the average woman have done? In other words we had an extended family, unheard of today for the most part.”

Today the “Warrior on the Hill” looks back over her life and marvels at distance she has traveled. She never dreamed of being a member of Congress. She wanted to be a writer and dreamt of seeing the world. “The last thing I thought [of being]was an elected official. There were no such models. I wanted to go away, to see the world. This could not possibly be the world — I had a sense — to the credit of my parents and Dunbar High School. They gave me a sense of what a more sophisticated city or culture would be like – one that would allow you to spread your wings.” She certainly did leave the District of Columbia, and for the residents of the city, her return sparked a political love fest that has lasted for two decades.

From adults to teens, Norton has a relationship with District residents. Her annual job fair event is a staple for youths searching for summer work. In 2001, she organized the DC Commission on Black Men and Boys, believing that the problems of young black men stem largely from a lack of attention given to the array of obstacles they face on a daily basis. A hearing will be held in three weeks to address strategies black men need to adopt in this current tough job market. Previous hearings have focused on tackling school dropout rates, low marriage rates, violence, crime and other issues impeding their ability to achieve in today’s society. Norton is currently gearing up for the November election against her opponent, businessman Doug Sloan. While some portray Sloan as a lightweight and unlikely contender, Norton takes every opponent seriously. She notes: “It’s hard for me to get any attention anyway, because too many people assume I’ll be elected. That’s dangerous. I certainly think that the most dangerous thing a federal official can have is some sense that ‘Oh, she’s in.’ Aw come on. If the people think you think you’re in, you’re not going to be in for long,” she remarks firmly.
“Here I am, third generation Washingtonian whose great-grandfather was a runaway slave from Virginia, whose grandfather entered the DC Fire Department in 1902, whose father went to the DC public schools. Here I come with no expectations of public service in the District of Columbia. To have my history and to have come through the Civil Rights Movement and then be the only representative you have in Congress, is to have allowed my life to follow a path of logic and fulfillment that nobody at my age growing up could have dreamed of. So what the District residents have done for me is to have my back. They call me the ‘Warrior on the Hill’. When residents see me fighting — even when I don’t succeed — they’ll see me in the streets and hug me. You couldn’t buy that,” she says with force and vigor, from her living room in a home planted in the heart of “Southeast DC” — a stone’s throw from the steps of the Capitol Building. She continues “That’s a gift from the people, for which I will be eternally grateful.”

As Norton prepares for the November 2010 election, she also looks forward to the weekend when the So You Think You Can Dance National Dance Day kicks off here in the District. The event on Saturday, July 31 will not only give metro residents a chance to dance, but also to exercise while having fun. “I love to dance,” she says, beaming, with one hand on her hip. “I think that’s the real DC. You want to know, where I come from that is a DC thing,” she quips and then laughs heartily in that infectious way. In that brief moment, the teenager who began her journey decades ago reappears. Then suddenly the revered congresswoman insists, “See, I’m a DC girl.” Touché.