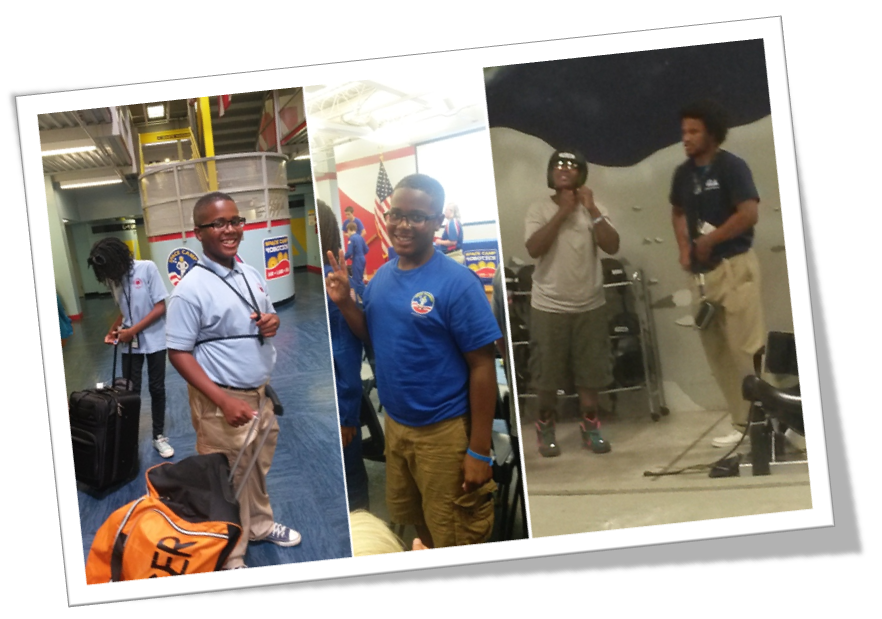 The SEED School of Washington, D.C. is providing once in a lifetime opportunities for their students and this summer proved to be an excellent example. In July 2015, the school sent three students to the NASA Space Academy in Huntsville, Alabama. Located in southeast Washington, D.C., SEED DC is a prestigious public charter school that also provides housing for its students. Attending students are in grades sixth through twelfth. According to their website, SEED DC’s mission is “to provide an intensive, college preparatory educational program that students, both academically and socially, for success in college and life beyond.” Yet, the school provides all of the above and then more. 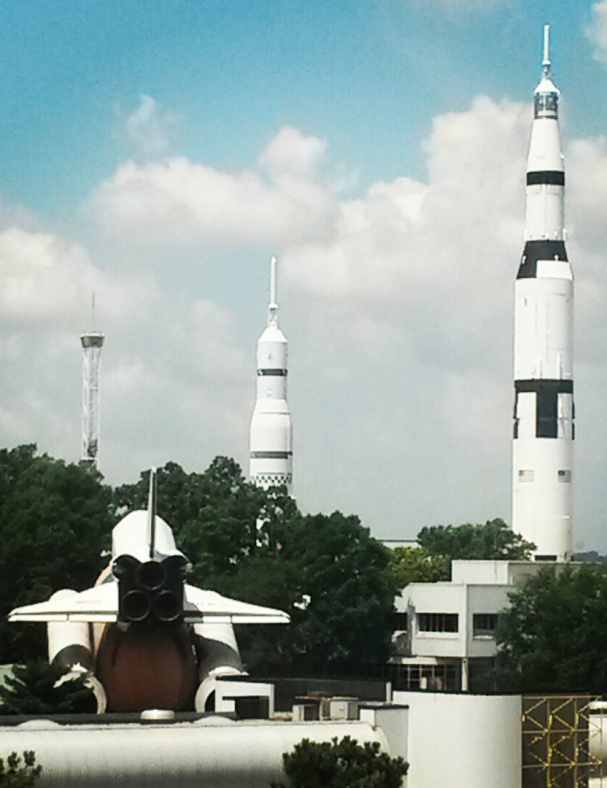 One of their students, London Hart, attended the NASA Space Academy in July, as one of three who were chosen from the school to visit the camp. Hart was able to meet fellow students from around the world, practice flight simulation and learn more about the NASA space program. Hart and his mother Ebony Hinnant sat down with the DC Spotlight Newspaper’s reporter Erin Higgins to discuss the NASA space camp and Hart’s impression of  SEED DC.

Higgins: Tell me a little bit about yourself London.
London Hart: I’m 14, in ninth grade, and I attend the SEED public charter school in Washington, D.C.

Higgins: When did you get to the SEED School?
London Hart: I came here in the sixth grade.

Higgins: Nice. So I understand that you got to go to the NASA Space Academy. How long were you there ?
London Hart: I was there for a week.

Higgins: What did you do while you were there?
London Hart: We did simulations, the same way that [it]would be for astronauts, to go into space. We blast our own rockets, created our own rockets, and we were able to do different team-building exercises.

Higgins: How did you get there?
London Hart: We flew.

Higgins: Who did you meet there at the camp?
London Hart: I met a lot of friends while at space camp. There were people from different places in America, some from Texas, some from Maine, some from Georgia.

Higgins: Would you like to be an astronaut when you grow up?
London Hart: Not necessarily.

Higgins: Do you have any ideas on what you want to do or be when you grow up?
London Hart: Yes, I want to be an oncologist.

Higgins: What are some of the activities that you do at the school?
London Hart: Here at SEED, I am on the soccer and tennis team. And I also participate in photography.

Higgins: Would you like to graduate from the school?
London Hart: Yes.

Higgins: Where would you like to go [to college]?
London Hart: I want to go to Princeton University.

Hart’s mother Ebony Hinnant had a lot to say about her son’s experience at both the NASA camp and  SEED DC. Her enthusiasm and sense of pride in her son’s accomplishments overflowed as she spoke of her future plans for him after graduation. She says her son did all of the work himself to get into SEED DC and earned his place at the prestigious school by his own tenacity. Hinnant was quick to admit that while she thinks Princeton University (London’s choice for college) is a great school, she would prefer for her son to attend Howard University, her alma mater.

Higgins: Does your son show an interest in space?
Ebony Hinnant: He does; he does. I would say it was more so sparked afterwards, [after the camp].

Higgins: After this wonderful experience, what do you think will change in your son’s life?
Ebony Hinnant: I think he was more interested in meeting peers from other countries. I think that was an eye-opener for him.

Higgins: How was your son able to experience this?
Ebony Hinnant: He was chosen. I’m not sure how he was selected.

Higgins: Was this through the SEED School?
Ebony Hinnant: It was.

Higgins: What does your son say about this experience?
Ebony Hinnant: He loved it. He was excited to go, excited when he returned. I don’t think I spoke to him at all while he was there. I can’t remember, but he was excited and excited to come back. He bought me space ice cream that I actually requested and showed me everything — you know souvenirs and different things like that.

Higgins: Was the space ice cream actually good?
Ebony Hinnant: It was. It tasted like it had a texture of a cookie, like a foam cookie, but it tasted just like ice cream. It was an ice cream sandwich. Vanilla, chocolate. It was weird, but it was good.

Higgins: How do you think this experience will affect your son in the long-term?
Ebony Hinnant: I think it broaden his overall look at what else is out there. The other possibilities, the zero gravity, like space simulations. He was able to experience different things that he wouldn’t have otherwise gotten to experience. This experience, it helped shape him a bit.

Higgins: How did your son get into the SEED School?
Ebony Hinnant: London got himself into the SEED School. Literally, he did all of the research, while he was in the fifth grade. He had the librarian print the application for him. He brought it home, and we applied. So, I had nothing to do with this decision other than saying, “Ok.” But he chose.

Higgins: Where did he go to school before he came here [to SEED DC]?
Ebony Hinnant: Noyes Elementary school, it is a D.C. public school.

Higgins: Do you have any other kids?
Ebony Hinnant: I do.

Higgins: What would you like he or she to do when they grow up?
Ebony Hinnant: My other son. He is interested in computer science, so I’m ok with that.

Higgins: What would you like London Hart to do?
Ebony Hinnant: He said dentist for quite a long time. And then maybe two weeks ago, he told me he changed. I almost fainted, but then he said oncology, and I’m ok with that. That’s fine.

Higgins: Where would you like him to go to school?
Ebony Hinnant: Howard University.

Higgins: Well, [London] did say Princeton. That’s also a very good school.
Ebony Hinnant: He did. I would like him to have that experience away from home as well.

Hart was able to experience this NASA Space Academy free of charge. The Boston-based law firm Fish & Richardson provided the transportation and tuition in the form of a scholarship for three SEED DC students. Currently, the school is in talks to build an online magazine. This magazine will provide students with hands-on opportunities to learn more about journalism, writing and reporting, as well as interview news-makers in the Washington, D.C. area.

To learn more about the SEED School of Washington, D.C., visit their website at http://www.seedschooldc.org.
For companies who would like to sponsor students for next year’s NASA Space Academy, contact the school directly at 202-248-7773.