You are at:Home»Featured»METROLINK – Lighthouse D.C.: Helping District officials provide homes and hope to the homeless and poor
Tweet

WASHINGTON, D.C.  – On June 7th, the crowd descended on for the launch of Lighthouse D.C., a nonprofit which provides furniture and accommodations for residents of city housing in Washington, D.C. A mixture of District council members and politicians were in attendance, celebrating and lending support to the organization and the residents who would benefit from its services. 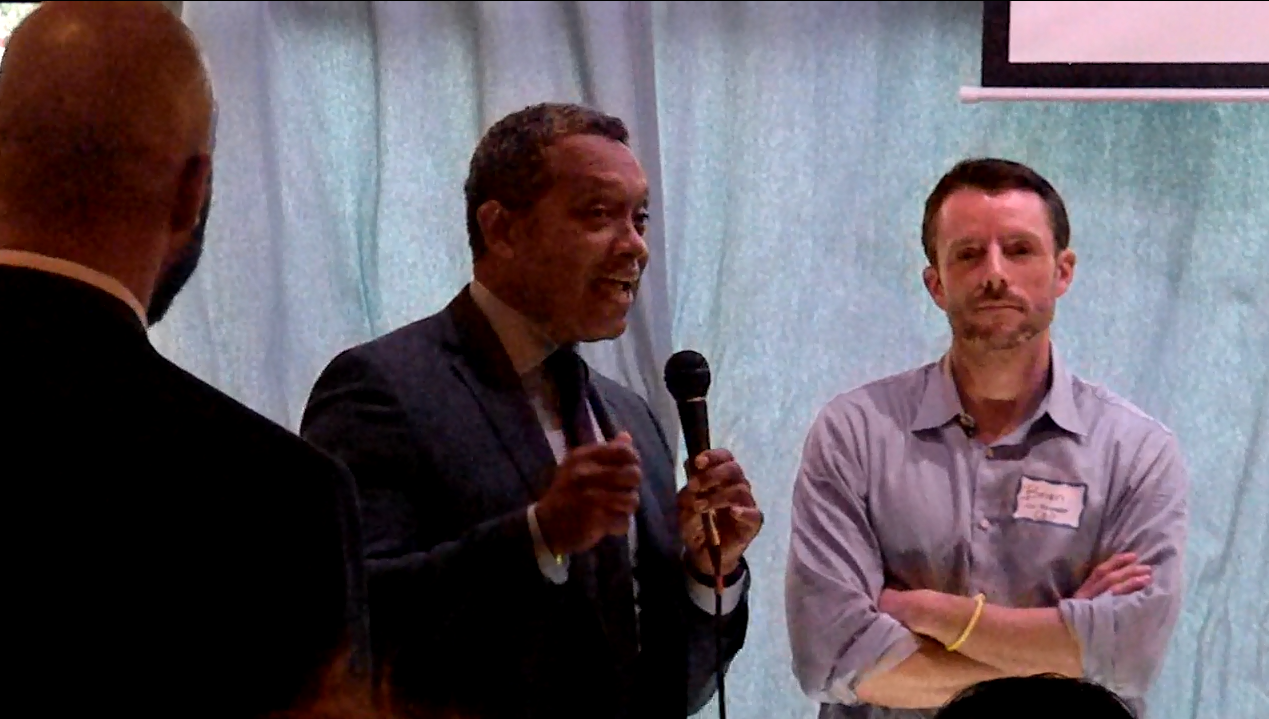 The event kicked off around 5pm with a menu of craft beer and smoked barbecue options from the smoker, Dogfish Head Brewery thanks to the staff at Midlands. A charity raffle featured prizes from Washington Nationals tickets to espresso machines and a record player. The crowd of attendees mingled before the speeches began — including the founders of Lighthouse D.C., Brian Heart, Jingwen Sun, Daniel Moskowitz, city Attorney General Karl Racine, Ward 5 Councilman Robert White, Jr., and some of the residents who have directly benefited from the charity.

The speakers focused on the organization’s unique ability to provide residents with more than just a roof over their head. Councilman White noted that many low income housing residents lack the resources to furnish their homes. Councilman White noted, “Part of recovering from homelessness is finding a home somewhere, and Lighthouse plugs a tremendous gap that many of us take for granted.” 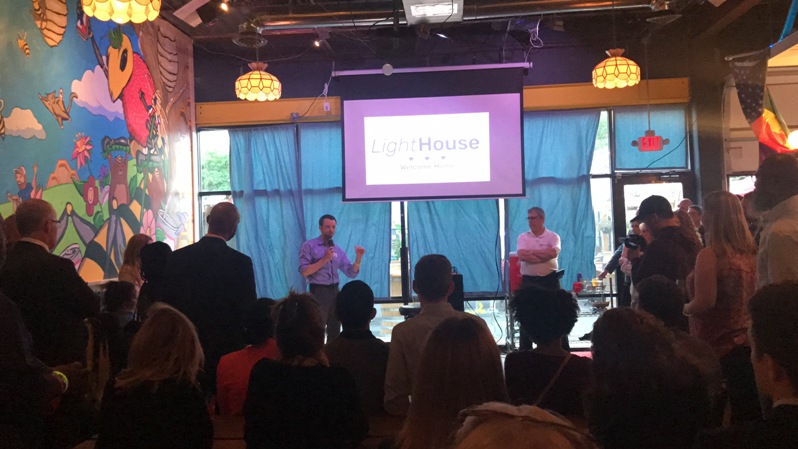 The organization provides an interesting function for low-income residents of Washington in the District. City housing programs focus on finding residents homes. Once that need is met, the resident must take charge of furnishing that home and turning it into something more than just a roof over one’s head. This provides a tricky situation for residents who already have trouble affording the home to begin with. Lighthouse D.C. helps make the transition easier. For Councilman White, this function is crucial.

“Lighthouse adds a critical function for housing formerly homeless or low income people by ensuring that when they get a place to live, they can turn those four walls into a home, by adding beds and couches and all those things that many of us don’t think of once we have gotten someone some place to live,” he explained.

After his election to the City Council in 2016, Councilman White sought to improve the lives of Washington families and their communities. He has done this by setting a goal to “build and protect public housing.” During his brief time on the council, he’s set out to build strong communities that residents can afford to live in.

He has witnessed this achievement in the Brightwood Park Civic Society. “[Brightwood Park], like many parts of D.C., is [a neighborhood]with a strong mix of new residents who tend to have higher incomes and long-time residents who have lower incomes.” The problem, White illustrates, is that “in many communities, those two groups don’t speak to each other, even though they have the same purpose of wanting better for their community.” White’s Brightwood Park Civic Society has galvanized his constituents and helped get the community active in remedying this problem, which persists throughout the city.

Ward 8 Superintendent Markus Batchelor also expressed excitement about what Lighthouse could mean for his community, which he notes is “in need of a service like this.” He continued, “Step one is getting families into houses, but making a house a home and really giving them that dignity or stability, I think, is something that can’t be overlooked.” For the students in his ward, Batchelor saw that Lighthouse could help provide all the comforts of home.

Karl Racine seemed most excited about Lighthouse’s mission. The attorney general electrified the room with a speech about how important it is for Washington residents to look after the most vulnerable in their communities.

“Lighthouse D.C. is an example of D.C. residents, homegrown people, who care about other folks, who are organizing, aggregating, and fundraising money to make sure folks who find themselves homeless can live in dignity,” Racine said.