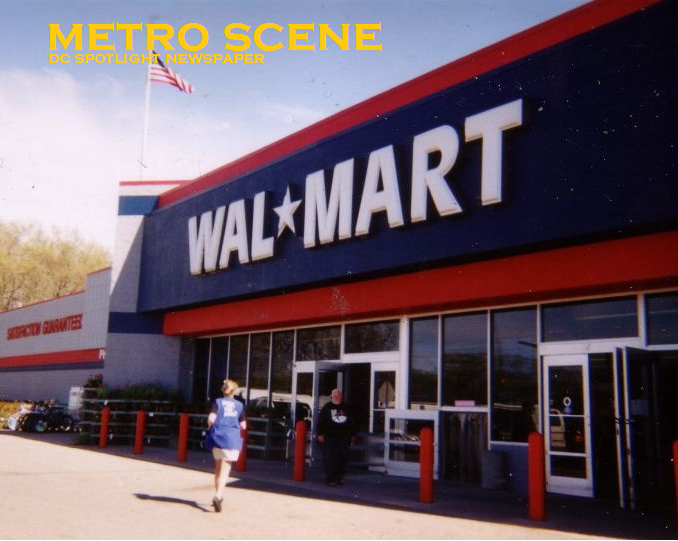 With Wal-Mart slated to come to D.C., there has been some controversy, primarily regarding the minimum wage it will pay. Mayor Vincent Gray recently struck down a bill that would have made Wal-Mart pay their employees a minimum wage of $12.50. Another controversy involves how this super store will affect other businesses in the area. Yet, despite the issues surrounding it, many residents of the District view Wal-Mart as a positive development for the community.

James Peters, a third generation resident of the District and a worker at a locally owned family business – a shoe store – considers it a good move for the community and businesses in the area.  Peters express those considerations with DC Spotlight as both sides of the argument was explored from the community itself.

Brelaun Douglas: What is your opinion of Wal-Mart coming to D.C.?

J.P:  I think it’s good for business in D.C. My only issue with Wal-Mart is I heard too many things about them not treating their people very well. 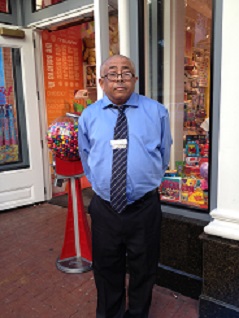 But overall, I think it’s a good move.

Even with the threat of Wal-Mart taking over or putting smaller businesses out of work, Peters still thinks it’s a positive move, especially regarding competition.

B.D: How do you think Wal-Mart’s coming [to the District]will affect other small businesses like where you work?

J.P.: I don’t think it’ll affect us much, because we sell high end shoes that actually fit people’s feet. Smaller mom-and-pop stores, yeah it’s going to affect them. But I think some areas the competition will be good, because some of the corner stores will rob you. It’s a lot of pros and cons. But I knew, the mayor wasn’t going to sign that thing for that $12.50 an hour. That wasn’t going to happen, not yet.

B.D.: Do you think it will affect other major retailers?

J.P.: Yeah, it will. I don’t think so much as Target. I think it’ll eat into Giant, Safeway, possibly CVS.

Despite the failure of the Living Wage Bill, Peters remains confident that Wal-Mart will positively affect Washington.

B.D.: How do you think it will affect the commerce and economy of D.C.?

J.P.: Yeah it’s still going to be a plus for D.C. I mean you know, you got high unemployment, and it’s better to get your foot in the door and work from there. Because nobody really thought this thing out, thought they were going to get $12.50 an hour, I don’t believe. 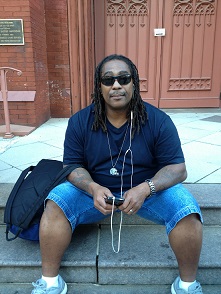 B.D.: How do you think the residents will respond?

Another resident, Klyde Brewer, also believes that Wal-Mart’s arrival is a positive development, but that the $12.50 minimum wage should have been approved.

B.D.: What is your opinion of Wal-Mart coming to D.C.?

K.B.: It’s cool with me if they come. But I would like it too if they do raise it [minimum wage]up to $12.50. Why not? People can’t really live off of what they getting now.

K.B.: Not really. I mean if they do that it’ll be tight. But they need to raise it up.

Along with wanting Wal-Mart to raise their minimum wage, Brewer thinks that other businesses in D.C. should follow suit and raise theirs as well to better accommodate the residents.

B.D.: How do you think it will affect the smaller mom-and-pop stores that are around the D.C. area?

K.B.:  I think it will be good, because they need to do it too. Everybody needs to follow suit.  I don’t think it’s going to really hurt too much, because if you got people working in there and they give more, who don’t want more money.

K.B.: Not really. Everything, the cost of living is high. Can’t affect the economy. Do you know the cost of living is high? Rent, utilities, gas, water, everything is high. Ain’t no way it can affect the economy. I don’t think so.  And then you only talking about Wal-Mart. It should be there. People can’t pay bills off of what they getting now. What is it [minimum wage]$9.25? $8.25? Know what I’m saying? You can’t pay no bills off of that.

B.D.: How do you think the residents of D.C. will respond to the Wal-Mart?

K.B.: I mean, believe me, I know everybody will love it. Know what I’m saying. I know they will.

K.B.: Yeah if there’s something in there that I want.

K.B.: Nah, I just think that they should raise it [minimum wage]. All of the rest of the stores around here should too.

Construction on three Wal-Mart locations has already begun and a hiring center has been recently established.