You are at:Home»Featured»METRO LINK – Get Out the Vote: Young voters wanted!
Tweet 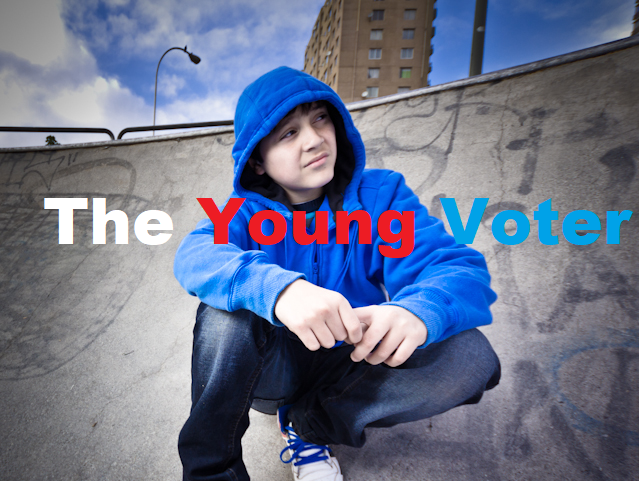 November 6th is election day, and it’s still anyone’s race. The “Get Out the Vote” campaign from both parties has been incredibly intense this year. Democrats desperately want to take back the House and the Senate, while Republicans want to maintain their hold on both chambers. In the wake of the unpredictable 2016 elections, pollsters have been more hesitant than ever to call the race for one party or another.

At this stage, Republicans are likely to keep the Senate and loose the House. Fivethirtyeight, one of the most accurate polling firms out there, forecasts that Democrats have an over 80 percent chance of gaining more than 10 seats in the House. This is not uncommon in midterm elections. The party in the White House often loses control of the House. However, this year, fringe elements of the Democratic party have been urging Democrats to impeach the president if they gain control of Congress. This move would likely be unpopular, but nevertheless it has placed added pressure on Republicans to minimize their losses and maintain a sizeable number of seats in both the upper and the lower chambers of Congress. President Trump has been campaigning nonstop across the country, firing up his base and urging them to get to the polls on November 6th.

The battle for midterm votes has been especially intense on college campuses this year, with both parties showcasing celebrities to attract and sway young voters. Both Republicans and Democrats are vying for the youth vote and Democrats are winning over many of the popular celebrity voices.  Celebrities like singer Taylor Swift and rapper Travis Scott are voicing their support for the Democratic candidates running in their home states of Tennessee and Texas respectively.  Swift’s October Instagram post calling for her fans to rally against Republican Senate candidate Marsha Blackburn caused voting registration in Swift’s home state of Tennessee to spike dramatically.

“I always have and always will cast my vote based on which candidate will protect and fight for the human rights I believe we all deserve in this country, as much as I have in the past and would like to continue voting for women in office. I cannot support Marsha Blackburn. Her voting record in Congress appalls and terrifies me,” said Swift. President Trump responded tersely to Swift’s Instagram post, telling reporters that he likes Swift’s music “about 25 percent less” than he did previously.

Republicans have had their own success attracting and winning over culturally relevant front men during this election cycle. Kanye West famously visited the White House earlier this month, donning a MAGA hat and enthusiastically embracing President Trump in the Oval Office. The visit was controversial, with many in the media questioning the outspoken West’s state of mind.

Celebrity endorsements are not the only factor driving a rise in registration across college campuses. Increased awareness of the issues has driven many previously uninterested and uninvolved college students to register to vote. The University of Maryland Terps Coalition, a nonpartisan student organization dedicated to helping students register to vote, has registered nearly 3000 student voters this year alone, a sharp increase from previous midterm years. Both the increased awareness that student have about the issues and the increased efforts of both parties to woo young voters may be factors in the rise in registration.

Whatever the catalyst, students at the University of Maryland are getting fired up about the midterms like never before. The governor’s race is especially important to both groups, as they perceive this battle as the race that will affect the state they love most. In that race, incumbent Governor Larry Hogan is set to square off against Ben Jealous.

College Republicans President Ben Colebrook at the University of Maryland touched on immigration, healthcare, and the economy as issues that are important to him this upcoming election. “I mean, why I should get paid sick leave when I’m working at McDonald’s?” Colebrook said, referring to the Maryland Healthy Working Families Act.  The act requires paid sick leave for hourly employees who meet certain criteria.

Colebrook also defended the GOP against what he considers as unfair attacks from the left.  “The idea that the GOP is racist in relation to the immigration issue is ridiculous,” he said, “especially considering that the Democratic Party defended slavery and established and defended Jim Crow laws. Republicans want border security; we don’t want to stop immigration.”

It is important to note that during the Civil War, Democrats did support slavery over a century ago and some backed Jim Crow laws in the second half of the 20th century, but the party has long since abandoned those beliefs. The Democratic Party elected its first African American president, Barack Obama in 2008.

“A possible sexual assailant on the Supreme Court is an abomination. The message that Kavanaugh’s appointment sends to survivors of sexual assault is extremely disheartening. The fact that Hogan can’t unequivocally state as much demonstrates an alarming lack of empathy and human decency.”

She and her fellow College Democrats will be supporting Democratic candidate Ben Jealous for governor.  Jealous is a long shot, despite the endorsement of celebrities like Dave Chappelle, with the latest polls showing him trailing his Republican counterpart, Governor Larry Hogan, by double digits.

This year’s midterms have also excited an even younger group: those under the age of 18 who want to vote. Dozens of teenagers across the country have joined Vote16USA, nationwide campaign determined to lower the voting age to 16 nationwide. Stronger gun control laws seem to be the driving force behind the group.

Alik Schier, 16, who spoke to NBC news in June said, “We want to have a say.  So many issues that affect eligible voters now affect us…I think Parkland’s a great example of adults realizing that we’re informed, that we know and that it was a wake-up call for adults, that there are issues and there are policies that politicians are making every day that affect our lives.”

Despite how this election turns out, there is no question that the midterms have energized younger voters (and nonvoters) more than ever before. It is important to make sure all voices are heard during this election.

To register online, go to https://elections.maryland.gov/voter_registration/index.html. Voters can also register on Election Day.